I was at California States last weekend, but I wasn’t playing Standard. I spent the day battling Commander and trading for sweet new foils for my decks, and I had a great time. A lot of the people I played had decks that I didn’t have a whole lot of fun playing against, because of Armageddons and combo kills, but I also played against some decks that were built very powerfully while letting their opponents play more Magic. As I toured the tables, I cycled through the decks I had in tow a few times, and I kept thinking about my Nenzorn, Thief of Talents deck. Well, the thing is, since I moved down to L.A. I’ve been playing with Wrexial, the Risen Deep as my Commander because I didn’t want to add another level of complication on top of adjusting to my new playgroup’s norms. Without Nenzorn at the helm, a deck full of Control Magics wasn’t very interesting to play. So, that night when I got home I sat down to think about a solution to the problem.

I’ve spent a lot of time writing about how to build enjoyable Commander experiences for your opponents, but up until Saturday night I hadn’t really thought about doing the same for myself. The human brain is a fickle creature; you can’t tickle yourself because you know it’s coming, but a lot of things go on subconsciously regardless of what you’re aware of. I’ve had people tell me that I spend too long trying to optimize how my Commander decks play, that the point of the format is just to throw things together. On one level they’re right; no good will come of tuning a Commander deck to be an efficient killing machine, and many of us derive a lot of fun from the fact that we can run cards in our Commander decks that would be suicidal to run in other formats. But I don’t subscribe to the idea that fun has some mystical quality that can’t be understood. At present, our species’ understanding of it’s own thought processes is at best elementary, but just because we don’t fully comprehend what’s going on inside our heads doesn’t mean that we should stop doing what we do best: recognizing patterns. 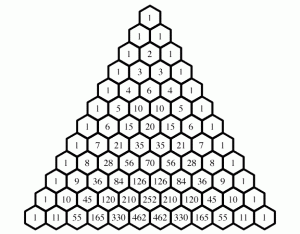 If you really sit down and examine the last few games of Commander you’ve played, you’ll see which parts you enjoyed and which ones you didn’t. It’s easy to see how other people feel during the game, but examining your own response can pull you out of the fun you’re having in the moment. Looking back avoids this problem while still giving you valuable information about what it is that you enjoy. Luckily, this sort of process isn’t strictly necessary. The good folks over at Wizards of the Coast put an enormous amount of effort into making this game as much fun as it can be, and just a cursory examination of which decks you’ve liked playing will lead you to a great time. Nonetheless, if you, like me, have a lot more time to spend thinking about Commander than actually playing it why not put some effort into maximizing the amount of fun you’ll have?

The first level is pretty straightforward, and undoubtedly something you manage without thinking too hard about it. If you don’t like Oppression, don’t play Oppression. No matter what anyone tells you, there’s no right way to build your Commander deck; ultimately, if you’re not enjoying a card it isn’t worth having in there. Don’t take that to mean you have free reign. Commander is a format that you play for fun with your friends, and while there may not be a right way to build your deck, there are plenty of wrong ones. You should be careful not to make things unfun for the other players at the table, but again, you have to make sure you’re having a good time. If you continually find people upset about the decks you enjoy, you’re going to need to find some sort of compromise so that everyone is enjoying themselves, even if neither you nor your opponents are having as much fun as they might be able to in a vacuum. 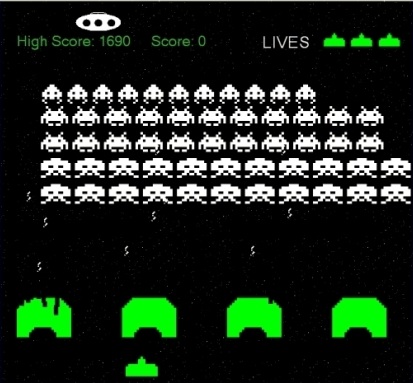 But why can’t your friends enjoy it when you Time Stretch? Everyone likes different aspects of Magic, but moreover, from a game design standpoint, you’re not having the same experience. Countering an opponent’s spell makes me feel accomplished and in control. I’ve protected my position and gotten value out of leaving my mana up. Having my spell countered is a different feeling altogether. Hopelessness. Self-loathing. Resignation. I put myself in my oppponents’ shoes and decide not to play many counterspells in my blue decks, but doing so has consequences.

A deck is greater than the sum of its parts. Taking countermagic out of my blue Commander decks makes them play very differently from traditional blue decks. No longer do I have an incentive to leave all of my mana up for instants, and so sorcery-speed draw spells no longer feel as anemic when compared to their instant-speed counterparts. But more than just affecting my card choices, the decision to keep countermagic to a minimum makes my decks feel different to play. Losing the ability to say no means losing the feeling of control and security that blue normally offers. The game stops being a puzzle about how to survive, and takes on a more similar nature to what the other colors play with: threats and answers, aggression and defense, caution and spontaneity. Doing away with an aspect of a given deck certainly alters the experience of playing it, but what defines what we want the deck to feel like?

At some level, we influence what our decks play like by choice of theme. Got an Elf deck? You were probably yearning the feeling of momentum that comes with an ever increasing supply of mana and power. Land destruction? You’re most likely looking to feel the same security as you would behind a wall of countermagic. Did you, like me, build a deck full of Persuasions and Ashen Powders? I was looking to have a whole new set of cards to play with every game. I wanted to play with what other people enjoyed playing, and to build synergies in game, a sort of turn based deck building exercise.

And Knowing is Half the Battle

If you know what experience you’re really looking for when a given deck idea sounds interesting, you can consciously make decisions to further that aim and thus end up more satisfied playing your deck. When I really sat down and examined what I’d been trying to do when I built my Nenzorn deck, it was obvious that Geth, Lord of the Vault would serve as a better Commander. Playing Mind Controls limited the number of opposing creatures I would control at a time, requiring a custom-made Commander to get the level of crazy interaction I was looking for, but with nothing but ramp and Geth I would be able to build up an equally intriguing board state.

Similarly, looking back at the Hellcarver Demon decks I brewed up a few weeks ago through this lens, it’s obvious that I want to go with the second list. If I wanted to just keep all of my permanents I could play any other deck; Hellcarver offers the option to play a Type IV variant in Commander. If the idea sounded appealing, that suspense and impulsiveness must be something I’m missing, so I should embrace it wholeheartedly.

But when I look at my Shirei, Shizo’s Caretaker deck this way, I realize an inconvenient truth. I built that deck to grind. In some deep, dark place, I love attrition, and quite frankly, it’s not the most fun game for my opponents to play. Should I once again embrace the experience I’m looking for and stick in Noxious Toad and Chimney Imp to really kick things into overdrive? Instead, as with individual cards, I need to find a happy medium. I want to feel like I’m grinding, but I need to do so without making everyone else at the table feel hopeless. Bottle Gnomes is good at this. Thoughtpicker Witch is not. Then again, more than any specific card, one of the deck’s problems is its sheer consistency. 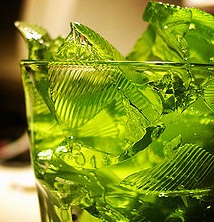 It should all be coming clear now

A lot of people bemoan consistent Commander decks because the format inherently promotes an experience of mystery and discovery. With singletons and huge decks, you never know what’ll come next. Commander makes you adapt, not just to your opponents’ plays, but also to the huge range of cards you could topdeck. Shirei’s not like that; multiple cards fill every role, tutors ensure that I always have a lot of mana and an engine with Shirei, and all of the different creatures I can draw play the same way even if they have different effects. Consistent decks like this feel somehow scripted, but in a way, they’re meant to. I built my Shirei deck to grind, and to do so every game. The bigger problem is when the format starts to feel scripted even when the decks aren’t intended to be. Staples make games feel similar, but even beyond that, playing a lot of a given effect leads to repetitive games.

In regular Magic you can play four Psychic Possessions, and in Commander you can only play one, but when an effect stops being unique Commander’s singleton rule stops making games vary. Playing four Day of Judgments isn’t very different from supplementing one with Wrath of God, Kirtar’s Wrath, and Sunscour. Not every part of every deck is going to lead to in-game improvisation, a theme requires some consistency, but if you’re trying to capture the essence of Commander, you would do well to scrutinize which effects you’re doubling up on.

Find Out on the Next Episode

What are you trying to accomplish with your decks? Could they be doing it better, or do you need to tone them down for the good of your playgroup? Give it some thought, and you’ll have more fun Commander games in the future.