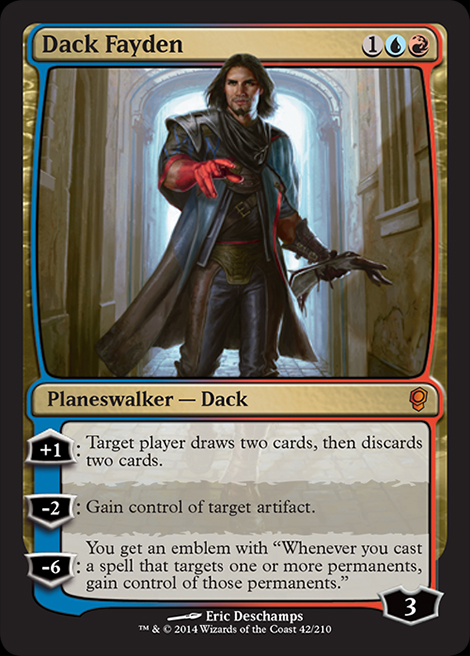 After some impressive sleuthing, those crazy kids over at Reddit finally deciphered the Multiverse’s greatest thief! It’s a pretty cool story, involving typing secret words into DailyMTG articles and using cyphers from cryptic Twitter accounts. Basically, Wizards’ community relations department does a great job providing these Easter eggs for the fandom, and I love following along.

So Dack Fayden is pretty awesome. He hits the streets legal in Legacy and Vintage, and it’s the latter where I’ve heard talk of him making an impact. Not only can he steal mana in the form of Moxes and stuff, but the draw/discard ability is also relevant. And nothing is more relevant than the converted mana cost of three, meaning you can actually deploy it in time.

With this on the menu, I can’t wait to draft Conspiracy when it releases this summer!