Australian gaming site Ten Copper published a great interview with Wizards of the Coast Director of R&D Aaron Forsythe, given at this year’s PAX Australia. If you remember the Brainstorm Brewery episode featuring Forsythe (or one of his many other interviews or articles), you already know that he’s insightful, pragmatic, and a true fan of Magic. 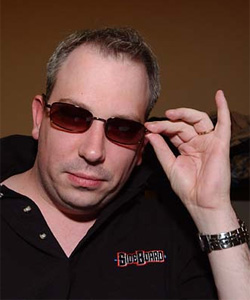 We want to implement League Play on Magic Online, that’s something we’ve been promising for a while. That’s going to give people the kind of “play on demand” play they want, you don’t have to wait, you can just play and play and play meaningful games of Magic. That’s something our players have been asking for and Hearthstone delivers, and we know we can deliver, and that’s coming in the pipeline next year. We have all the right ideas, we just gotta make ‘em happen.

On-demand play is something sorely lacking on MTGO, and it’s nice to know that R&D is at least aware of the client’s shortcomings in that area. Unfortunately, the part where he says “next year” suggests that we’ll have at least a couple more months of waiting to do.

In any case, check out the full interview for interesting takes on returning to planes, Forsythe’s favorite Magic settings, and more.

Facebook
« Blogatog FAQ
How Do You Feel When A Card Gets Banned? »