Many of you are probably familiar with Prestige Mode from the Call of Duty series. Essentially, once you’ve mastered the achievements and levels, you can erase all your progress and start over and are signified with a special symbol next to your user-name when playing online. You could then repeat this process moving you to higher and higher echelons of “I’m better than you...” gaming. While today’s article has nothing to do with pride, it gives us a new angle to explore managing your collection. 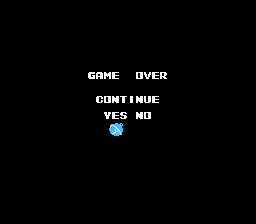 This past weekend my backpack, containing my trade binder, my two standard decks, a deck that belonged to a friend, and a box of about 500+ standard playable commons and uncommons was stolen out of my car. This article isn’t about the impact of theft on the community, or how to protect yourself from theft (see: Don’t leave your bag in your car). Instead, I’m going Back to Basics.

Flashback 15 years to 1996, I’m a scrawny 9th grader wearing thrift-store vintage clothes, because I think I’m cool (pro-tip: I wasn’t). I show up at our local cardshop with a fistful of Mirage cards I had just cracked at the release event two hours away. As I show off my cards, and proceed to sling some spells, my cards and my deck somehow leave my sight, and end up disappearing forever. I went home, and told my Mom, “I don’t want to play this game, if it makes people steal.” My mom had mixed emotions, probably because she just wasted a day taking me up to the Mirage release (Thanks, Mom), but probably also glad this newly found hobby wasn’t going to be absorbing as much time as she feared.

From that point on, Magic disappeared from my life until 2009. I started drafting around Alara Reborn, with no collection, no knowledge of trading card prices or even game play skills, and dug in. Within a year, I had a decent collection, including a Standard deck, and was spending minimal funds to maintain the ability to draft week in and week out. At the end of last year I started writing here for Quiet Speculation, because I felt I had good insights as to what it takes to make our favorite hobby as self-contained, financially speaking, as possible. I do feel many of the lessons I learned in the first couple years have been omitted, though. Now, as a fully ingrained member of the community, there’s no way I could quit playing, like I did so easily as a kid. This week will begin the journey of rebuilding my collection from scratch, and will be a great opportunity for tracking results and inventory the right way, from the beginning. So much for my plan to trade into Legacy staples. I still hope to work Legacy staples into my collection, but that will be a secondary priority for the time being.

What does this really mean?
It means I’m walking back into the Magic world with no equity. Post-release is when my store credit is most depleted, as prize support is given as packs, and most cards I’m hoarding or trading. I’ve got $5 credit on my card, and will be forking over some cash to get the ball rolling this week at our Ravnica draft. Each week I’ll be updating on current progress of the collection, any additional injection of funds, trades, and trade binder update. Thus far, my trade binder contains one of my Tundras that for some odd reason I didn’t put into my binder when I traded for it last week, and is otherwise empty. At least I have a single card that could easily be traded into a decent stock of trade fodder.

Step 1- Set a Budget
The first step of rebuilding my collection is setting a budget. I can’t count on winning every draft I play for the next 3 events, which is what it would take to store up enough credit to afford a loss and still have enough for the following event in store credit. Before this becomes an issue, I need to have a realistic number in mind. Summer is a lean season for me, so I’m setting my budget at $15/week. This means I can only draft once per week if I’m not winning, and doesn’t allow for me to play in other events unless I’m winning or trading effectively.

Step 2-Have a system in place before you need it
Empty Binder? Check. Empty Spreadsheet? Check. Here we go. I’ve talked before about tracking your results, and a clean slate is a great time to revamp my tracking system. Next week, I’ll include a Google Doc that covers any transactions over this weekend, as well as a page that holds the current trade binder. It originally took me around 3-4 months before I had seriously reduced my cost to participate, and many more before I was consistently playing for free. I’ll have an edge this time because not only am I better at the game, but also more experienced at trading. I hope to be free-rolling on the store credit system as early as the end of the month.

Step 3- Get the ball rolling...
This week I’ll be participating in at least two events. First, a Ravnica block draft, and at least one other Scars block draft. If my luck is strong, I’ll likely jump in a few other drafts as well. Typically, I grab my rares and any valuable uncommons, and dump the remainder on the table for a needy soul. For now, I'll be loading up a longbox with that junk, so I have something. The reason for this, is when you’re trading with a small collection, often times people want a “throw in” to even out the deal. Even if all I have is junk uncommons and commons, its at least something to let someone pick through for some freebies to get the deal done. I have the advantage of already knowing most of the regulars at my LGS, and I expect to get some favorable trades as sympathy for my misfortune. Being a guy who lends cards, offers advice and is generally friendly, has bought me this reputation over time, and its time to cash that in.

Prediction Tracker Update-This week, I’ve chimed in on the tracker on a few items others have posted, as well as added Thrun, the Last Troll, to the Watch list. This past weekend, before my backpack was stolen, I had several people asking me if I had these (and yes I did). I managed to score a Koth, and a number of other desirable cards, simply because I had a handful of this guy. While the results of those trades are now moot, the fact that people were looking for this card was quite curious.

BONUS SECTION-Anyone who can identify what NES game the “Game Over...” screenshot above is from, will win a prize! Just leave your answer in the comments. If there is any aspect of starting or rebuilding a collection you’d like to see included here in the future, be sure to let me know.