If you were to mention the color black to Forrest Ryan his first and only response would be to state that “Monoblack is back.”

Make no mistake, though. He doesn’t say this because it’s true. He says this as a slight to the monoblack players who have been saying nothing but the above for the past seventeen years. It seems that every time somebody sees a good black card they want to play nothing but monoblack. It’s an unhealthy trend that borders on insanity.

It seems to me that every time a black card is spoiled, potential monoblack players immediately evaluate the card in a vacuum and decide that it’s good. As it usually turns out, they end up a bit off their mark. 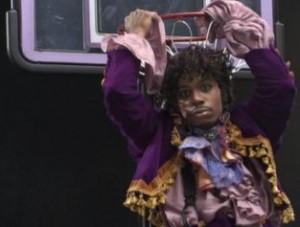 Some players would argue that monoblack has seen some success on the SCG circuit lately. The simple truth of the matter is that sometimes decks do well. The best counterpoint to any results oriented argument is to cite the SCG Sacremento Legacy Open.

I know what you’re thinking. “Why all the hate, Ryan? Let the monoblack players have their dreams!” and “Hey, I liked that Blouses deck!” And yeah, I don’t really have a problem with players wanting to play a certain style of deck. As a matter of fact, I played a deck that was considerably under-tested last weekend because I thought it was really cool. What I do have a problem with is people saying that their pet decks are better than they are.

Before I get into why I’m underwhelmed by the best black has to offer, I’d like to go over what I feel is important in Standard currently and what the other colors bring to the table.

To put things simply, Standard is all about creatures right now. There are approximately four billion creatures with strong comes into play abilities, a fair amount of haste and some relevant mans with hexproof. All of these things push creature-based decks to the forefront of playability. Even the control decks tend to be based on making bigger creatures than the aggro decks.

Things are currently relatively open while we wait for the dust to settle from the launch of M13, but for the most part creatures are king, and value is the currency of choice. Black seems to have pulled the short straw in both of these categories.

It’s possible that blue is being dethroned as the best color in standard, but there are still two very good reasons to play it:


It has been said a thousand times before, but Snapcaster Mage most certainly borders on the “too good” side of the power spectrum. The vast majority of the time he replaces himself all the while adding a high level of redundancy to any deck featuring him. Presuming that the things your deck does are worth doing, then redundancy is obviously strong.

Mana Leak has lost a bit of stock with the printing of Cavern of Souls, but it still carries quite a bit of weight strictly because of how many good 187s there currently are.

From the aforementioned Snapcaster Mage to Titans to Thragtusk to Restoration Angel, there are just too many creatures that are dangerous simply by merit of resolving.

Even when Cavern of Souls shows up, Mana Leak is still good at dealing with Swords or creatures of varying types. Additionally, decks like Dungrove Green can’t really afford to play Caverns, so Mana Leak gains a lot of value there. It’s true that Cavern will embarrass blue players with some consistency, but not as much as the sheer power of current creatures will embarrass a player trying to deal with them after they’ve resolved.

Sometimes referred to as the best synergy in Standard, white offers a marvelous creature suite in the form of Restoration Angel and Blade Splicer.


Trying to beat down into this pair is frustrating at best. Both block incredibly well and aren’t too shabby at getting into the red zone either. It is becoming more common to see a Sun Titan or two at the top of the curve of white decks, and that layer can be absolutely backbreaking.

When it comes to straight creature battles, white is leading the race by a mile.

Red has been a bit underwhelming as a color since the removal of Lightning Bolt and the printing of Timely Reinforcements, but it does currently offer two very powerful cards:


The power of Bonfire of the Damned is no secret anymore. Frequently it is cast as a discounted Plague Wind and can often just kill your opponent along with their creatures. It is largely accepted that playing red sources without four of these is just a mistake.

Thundermaw Hellkite hasn’t really taken off just yet, and it might take the printing of Return to Ravnica for it to start seeing major play, but make no mistake – this card is real. It alone hits your opponent for at least a quarter of their life total most of the time, given its hasty nature, and has a solid body for blocking in desperate situations. Not to mention that it murders all of the spirit tokens.

If I was forced to play only one spell in Standard, that spell would be Strangleroot Geist. Multiple Geists in the early turns can easily win games on their own. The number of cards that tango with it one-for-one is few and far between and haste is nothing to scoff at.

Thragtusk is another joke of a card. The only ways to realistically beat it consistently are countering it or playing larger creatures. Once Titans and Mana Leak rotate, you can expect to lose to this guy a lot. Thragtusk may just be the new mayor of Value Town.

I’m not a big Dungrove Elder fan, but with Rancor back in standard it is a major player again. Most removal is useless against it and chump-blocking may just be a losing proposition. It often finds itself out of Bonfire range as well. It even has the ability to outgrow Titans. I won’t be sad to see this card rotate.

So what does black give us?

With blue having the best disruption, white and green having insane creatures and red having Plague Wind, black had best have some insane cards if it intends to be a standalone color. Let’s take a look at the best that monoblack has to offer:

There is a reason that I didn’t list Day of Judgment as one of white’s best cards. Wraths just aren’t great right now. Undying creatures and the number of one-man armies that exist right now make cards like this too easy to play around. It’s true that Mutilate kills Wolfir Avenger dead, but there’s no guaranteeing that it can kill Titans or Dungrove Elders.

Additionally, Mutilate makes the inclusion of Cavern of Souls in black decks much weaker. I think that having uncounterable Grave Titans and other such creatures is far more important than having a conditional sweeper.

I was really excited about Liliana at first, and she’s been in a number of winning decks, but she has lost a bit of stock lately. With everybody attacking and Blade Splicer, mana-dorks and Strangleroot Geist running around, she really doesn’t do a lot. There also isn’t much that monoblack can do to break parity on her discard ability.

This might be the best monoblack card printed recently, at least the best with a reasonable casting cost. While it’s nice that you can move it around after the germ dies, this card just isn’t Dungrove Elder. There are so many good artifacts running around currently that most players have at least some hate on their sideboards. Many even maindeck some. I could see this card getting a lot more attention in a world without Swords. As things stand, it’s rather loose.

Man, we’ve come a long way since Phyrexian Negator. Obliterator just isn’t good. There are too many Vapor Snags and Dismembers for this card to really do anything. It might appear good against the creature decks, but a few factors hold it back against them. For starters, it doesn’t do anything against fliers. Additionally, decks like Naya are more than capable of easily producing lethal swingbacks, making Phyrexian Obliterator into a wall a good portion of the time.

BBBB just isn’t worth it for a wall.

Okay, this card is really good. If it had a more manageable casting cost it would probably be seeing a ton more play. It plays very well with Pod and is an insane aggressor. The only problem with him is that he has to be paired with garbage like Diregraf Ghoul. We’ve come a long way since Carnophage.

If we can ignore casting costs, this is very easily the best black card in Standard. Some would argue of all time.

He’s larger than the other creatures in Standard and he produces more value. His weakness is that you have to live to cast him. I can see a deck with Pristine Talisman and Guilded Lotus accomplishing this task well, but at that point I’m not sold on that deck needing to be monoblack. There is a huge difference from having four black symbols in your four drop and your eight drop. Griselbrand is fairly obviously the best endgame available, but there is no way that monoblack is his best home.

Far be it from me to tell somebody not to play the type of decks that they enjoy. At the end of the day Magic is a game, and if you’re not having fun, you shouldn’t be playing. That said, it’s a huge pet peeve of mine for somebody to insist that things are good just because they like them.

I’ll keep casting my Think Twices and you keep casting your Mutilates, but let’s at least agree that we’re both idiots.

Facebook
« Jason’s Archives: Crashing Gates, Altering Reality and the Impact of M13 on St. Louis
Insider: Whose Value Are We Talking About, Again? »