I played a Two-Headed Giant Khans of Tarkir prerelease this weekend, and it was extremely satisfying to play with all these new cards we’ve been looking at for the last few weeks. This set seems like it’s going to offer lots of depth. Two-color decks are perfectly reasonable (and perhaps, much like in Dragon’s Maze, the most consistent strategies), but the fixing is also prevalent enough that five color decks should be easy enough to pull off if you do it right. 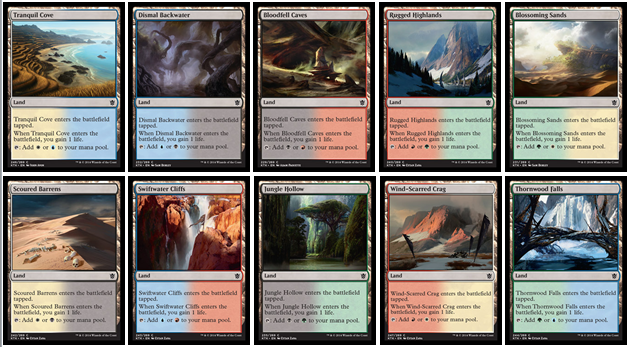 The prerelease packs were pretty well done, too. For the first time since Return to Ravnica, I did not choose my my color based on what the most powerful promo was. That’s important. In fact, I had fun just not really having an opinion on what the best pack to grab was, thinking I might go Temur or Jeskai but making a last-minute audible into Mardu instead.

Unfortunately, the seeded pack was short a rare from what we’ve been given the last two years. From Return to Ravnica to Magic 2015, the seeded pack has included the guaranteed promo in addition to an on-theme, semi-random rare. With Khans of Tarkir, since the promos themselves were semi-random, WOTC gave us only the foil promo in our seeded packs. 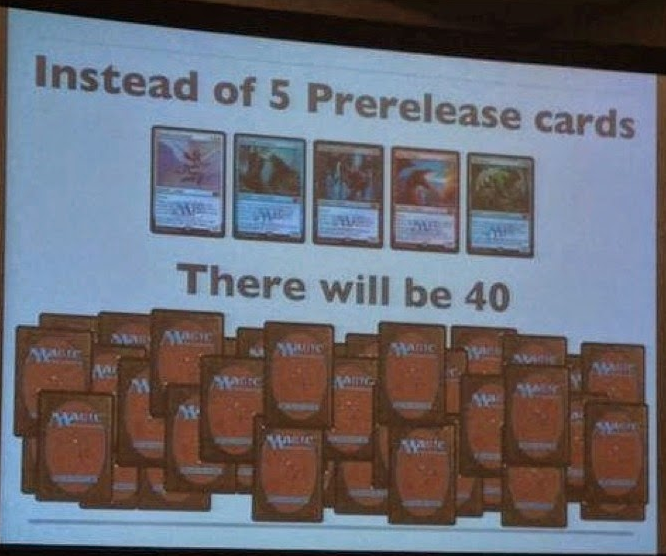 Losing out on a free rare is kind of a bummer, but it’s important to remember that promos are a bonus and that we don’t have any inherent right to them. Yes, it’s kind of a feel-bad that WOTC took away something that we had plenty of time to grow accustomed to, but it’s not as if they’re taking away the rare slot altogether. WOTC could even make the argument that we were given a guaranteed foil, which is a bonus over what one would expect to get in a normal booster pack.

That point, however, is what I’m taking issue with. I don’t like foils. In fact, I despise them. They warp, can you get disqualified from tournaments, and inspire more stress in situations where someone is playing with your cards (such as loaning a deck or cubing).  I opened a Bloodsoaked Champion in my seeded pack, a card that will almost certainly be going into my cube. But the fact that I refuse to run foils means that this particular card is useless to me. At least with a normal pack foil, one could make the argument that it’s worth more, but that just isn’t true with promos—in fact, they’re often worth less than their non-foil counterparts. 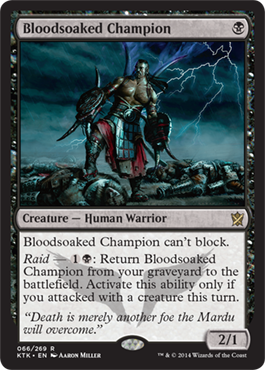 I’m probably in the minority of people that don’t want foil promos, but I’m sure that I’m not the only one. The point of this post isn’t to complain about something that’s ostensibly a bonus—I had a blast at the prerelease and think Wizards did great work making it fun. But I do want to publicly appeal to Wizards for one simple thing: more non-foil promos. I want to add sweet, alternate versions of cards to my cube, but short of Game Day participation promos, we haven’t got a lot of goodies for foil-haters in the last few years. If you’re with me, voice your opinion below. More non-foil promos, Wizards!