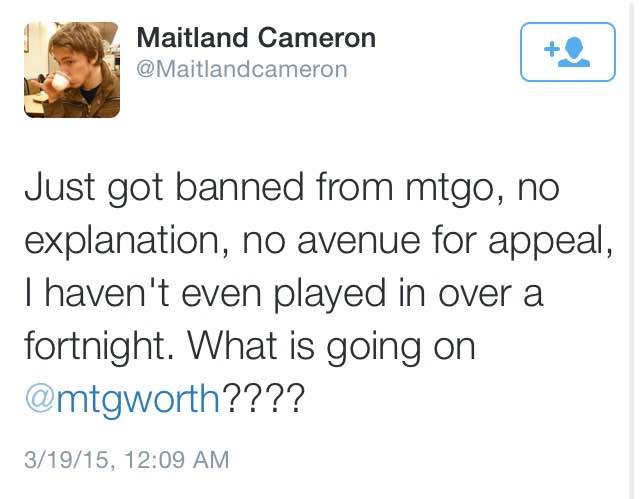 Beware, MTGO users, there's something new to be afraid of. 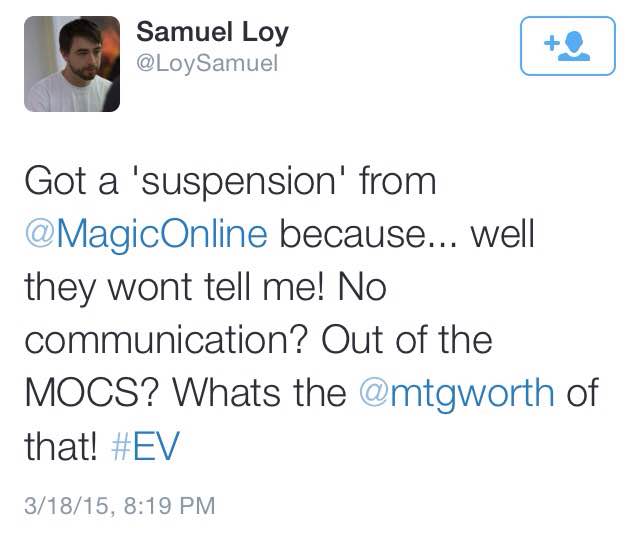 If you've used Magic Online for any significant amount of time, you know that lag, bugs, crashes, and other errors are common. Thankfully, Wizards of the Coast seems to be aware of that fact and has a compensation system worked out for when you might run into a problem.

On average, I file for compensation in one out of every four or five events I play in Magic Online. I don't always file when I think it would be warranted (for example, if I win a match despite a bug, I usually say whatever), and I never file for spurious reasons. To WOTC's credit, the company responds relatively quickly to these requests and virtually always approves them.

However, the above tweets and Maitland Cameron's expanded version of the events are scary. We don't, of course, know for sure that these two individuals were not abusing the system, but if we take what they're saying at face-value, frequent MTGO players have reason to be concerned. Cameron said it well in his response to Magic Online:

Basically, this little intimidation tactic has sent the message to MTGO players: "Think twice before you file for compensation. Even if you have a good reason to file, we may decide you're filing too often and suspend or ban you without recourse. You may get compensated for an event, and then two weeks later, when you barely remember it even happening, we'll decide to give you a timeout. Want to avoid that? It may be better to not file for  compensation."

So what's the right way to respond to this situation? Personally, this makes me uneasy to have a large number of tickets or cards in my account, as WOTC may just decide to deny me access to those items on a temporary or permanent basis. And yes, I'll think twice about submitting compensation requests, but I won't be changing my behavior much, because as a rule, I don't submit requests without merit. But now that this is a thing, I'll have that little voice telling me to be afraid of the banhammer every time I experience a problem on MTGO.

It's almost enough to make one want to just avoid the program altogether.