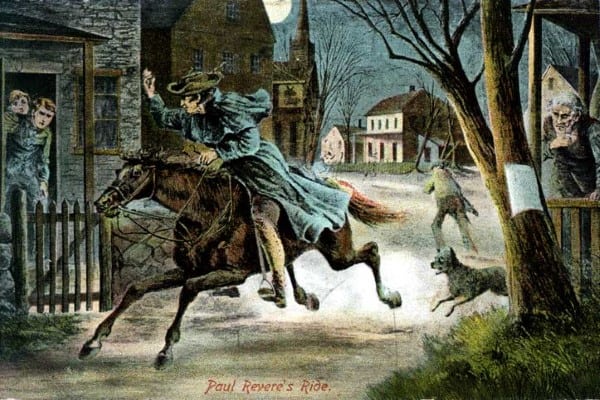 It’s that time of year again! In just a little over a month, Amonkhet and Kaladesh blocks will rotate, drastically altering the financial landscape of Standard. We all know what’s going to happen to the value of the rotating cards, but what will happen to the cards that will remain in Standard? I’m here to walk you through it.

And remember…October through November is the major Standard season in Magic. This is when Standard card prices are at their peak, and so August is perhaps the best month to expand your portfolio and buy the specific cards you think you’ll want to play with over the next year.

The exodus of these cards from Standard will have far-reaching effects on the Standard metagame, giving other archetypes new life and the opportunity for new cards to shine. Almost every speculation decision we make over the next month should take this into account.

It will be highly unlikely that a mono-red deck will sit in Standard’s top tier. Goblin Chainwhirler and Rekindling Phoenix can’t do it alone, and thus Chainwhirler’s triple red cost will likely keep it relegated to sideboard status for at least six months while the fleet of overpowered and resilient red threats is rebuilt. This gives an opening to a whole host of cards that, while unplayable today, will immediately become playable after rotation.

I’ve beaten this drum before, and I will beat it again. Mono White looks really good. It has busted mythic rares like History of Benalia, eight playable 2/1 creatures for one, and efficient creatures all throughout the curve. Without its nemesis seeing maindeck play in Standard’s premier deck, expect to see a lot more white-weenie creatures backed up by powerful anthem effects.

I believe these four rares and mythics will see significant gains in the coming months. Two of them already have seen growth in the past month, but History of Benalia ($5.90) and Benalish Marshal ($0.17) are still at relative lows. If Legion’s Landing ($1.70) or Radiant Destiny ($1.00) see a dip in the coming weeks, consider snagging your playset at that time.

History of Benalia in particular seems like a really safe pickup. I rated it #4 in my Dominaria Mythic Power Rankings with a B+ rating, and its current price of $5.90 is lower than I had anticipated it would go. 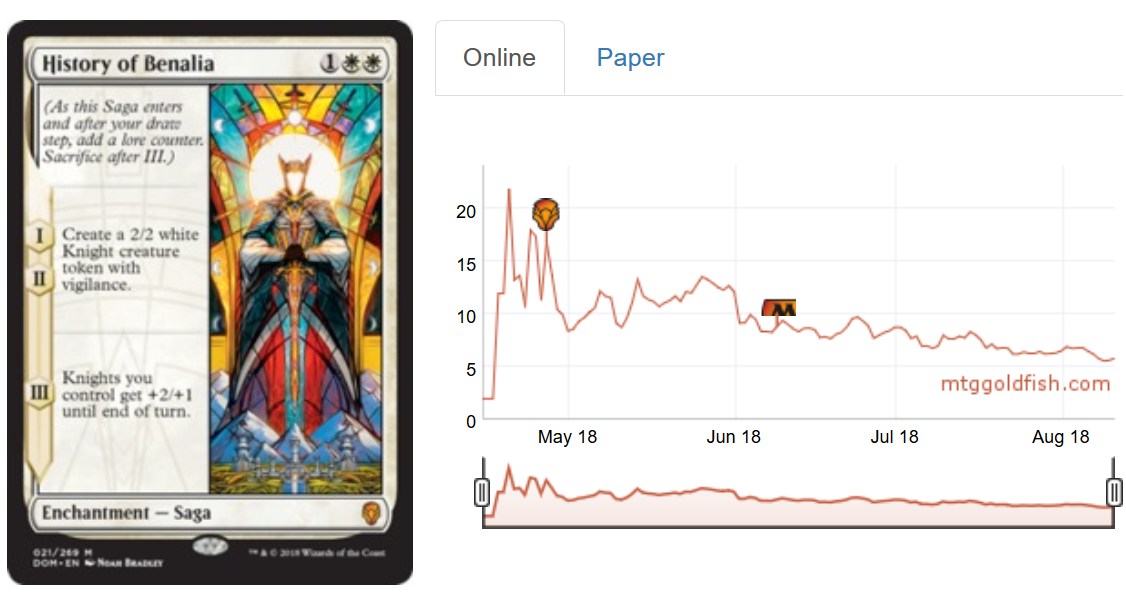 II. Other One-Toughness Creatures to Consider

We can definitely look beyond white for good speculations in this category. Two in particular, Deadeye Tracker and Dire Fleet Daredevil, had already seen some play before Chainwhirler was printed. Deadeye Tracker ($0.09) is at its lowest price ever, and I think it would make for an excellent speculation. Dire Fleet Daredevil ($0.52) is also at an all-time low. This one is less likely to pay off in my estimation, but I do believe it could get back to $2.00 if the metagame is slow enough and midrange battles dominate the format. I’ve invested in both cards.

A lot of pros have talked about how, given the diversity and resiliency of the threats presented by Mono Green Stompy and Red Aggro, traditional Control decks just can’t compete in the current metagame. That will likely change with rotation, since UW Control is keeping the vast majority of its best cards and the overall threat quality will be lower than it’s been for a long time.

There are fewer actionable speculations I can recommend for UW Control. Teferi, Hero of Dominaria ($35) has already ballooned, and Search for Azcanta ($7.00) probably doesn’t have too much room to grow. What I will say, though, is that if you want to play Control next season, consider getting your Teferis, Search for Azcantas, Glacial Fortresses, and Settle the Wreckages now.

IV. What will Happen to Rekindling Phoenix? 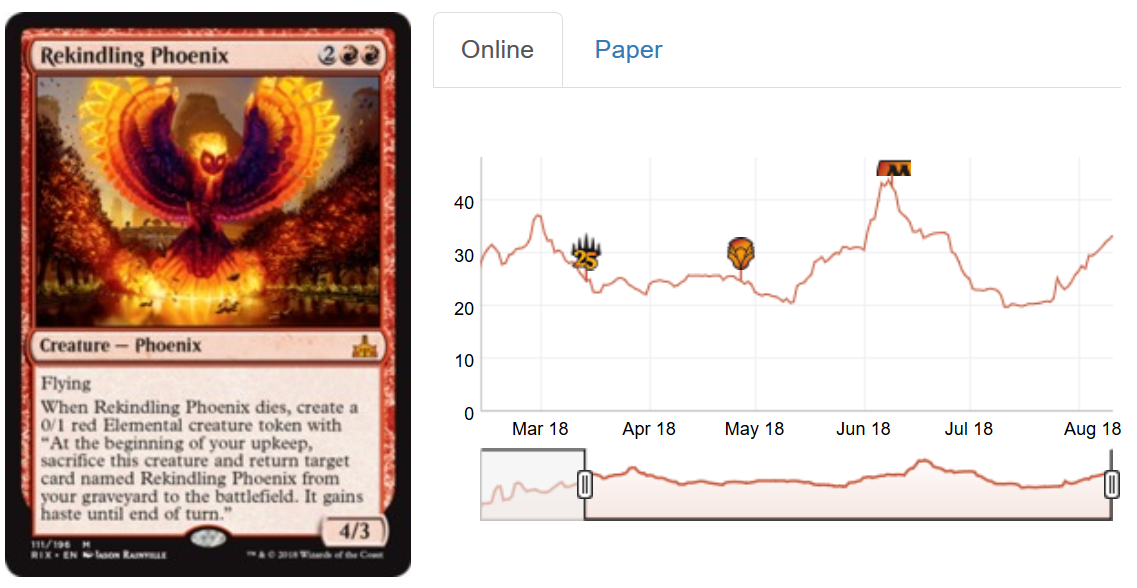 This is a common question I’ve received, and I suspect it’s because there’s no easy answer. On the one hand, it loses all of its competition for “best red threat”, but on the other hand, red’s metagame share is going to drastically decrease after rotation. You can see how the market feels in the graph above, and my hunch is that the market is correct at the moment. Rekindling Phoenix strikes me as a $30 card, and will likely see play in Grixis Midranage alongside Nicol Bolas and in other value shells like RG Midrange. I’d feel comfortable getting your playset now, but I wouldn’t invest in it.

As always, feel free to message me on Discord if you want to see my latest portfolio snapshot. I’ve mostly been getting rid of failed investments from Amonkhet and Kaladesh blocks, though I did sell a few Teferis and several Jaya Ballards into their recent highs. In the coming weeks, I expect to sell a lot of my Pauper speculations for a good profit. Burn has risen in the Pauper metagame, and that coupled with growing interest in the format thanks to the Pauper Gauntlet has cards like Martyr of Ashes and Flaring Pain going up.

Next week I will conclude my yearly series on rotation finance (a series I wish I could do every six months, but I digress). There’s a lot we can glean from what we already know about Guilds of Ravnica, but we’ll talk about that next week! Until then, happy gaming.