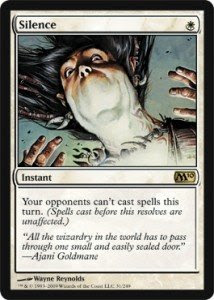 Head over there and check it out! Their prices seem reasonable so far. Here are some of the standouts:

Ball Lightning - 5.99 : About what other editions were going for.

Captain of the Watch - 3.99 : Uh, WHAT? There's a reason they're listing as Sold Out right now. Either there was a mad rush or Ben Bleiweiss realized that he should probably charge about 50% more for this card at minimum.

Drowned Catacomb - 6.99 : I'd have expected them to vary a bit in price, since U/B is usually the "expensive one". Either summit is overpriced or this is underpriced. It seems they're all priced at 6.99

Honor of the Pure - 4.99 : Also sold out. This will probably spike to 8ish due to the amazing rush of people trying to build White Weenie. I'm going to be calling them 10 bucks at the release events.

Magma Phoenix - .99 : This is insane. Completely. Insane. Grab these. I don't know why this card hasn't been getting more love, but it's better than a bargain bin rare.

Open the Vaults - .99 : A powerful card without a home, these have already sold out (or been pulled and will be relisted higher). Probably worth more than a buck also.

Planar Cleansing - 1.99 : A little low. This should see some love if a U/W control deck is viable.

Silence - 7.99 : About right. This card will be used primarily in aggro decks (like White Weenie), so will get a temporary boost from the mad rush to play said deck. I'll be calling it a 10-spot at the release as well.

Baneslayer Angel - 7.99 : No one was expecting a bargain on a mythic 5/5 lifelinked angel. 7.99 might even be cheap if she sees play in a contrl archetype. It hasn't got the same turn 4 potential that Exalted Angel did, but it has a similar feel - hard-to-kill flying lifelinked fatty.

Master of the Wild Hunt - 5.99 : Seems about right. He's got a hell of a powerful effect but what deck does he go in? G/W Overrun? If he finds a deck, he'll increase in value by a ton. I'd trade for them now in case they find a home. Remember, he's Mythic.

Check out the whole set at StarCityGames!