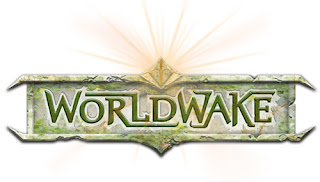 It's time, children.  Gather 'round!  I must preface this with a sincere apology - I prefer to do these reviews as the set is spoiled, but if you've been following my Twitter at all, you'll know that last Friday, I grand-opened Dragons Den.  Located in Lafayette, Indiana, it's the town's only dedicated MTG shop, and the public response has been phenomenal.  We had 24 people come out for Sealed Deck on Friday, fired 3 drafts over the weekend, and an 8-man Standard last night.  It's been a great success so far, and as you can imagine, a massive drain on my time.  I've been working with some other editors to keep the site running through all of this, but considering that I am running the store all by myself, my time has been very much under pressure.  Regardless, I've seen enough of the set now to know where I stand on a lot of cards.

Large, In Charge, and...Homeless?  She's huge and evasive and packs a hell of a punch, but the main issue is not her size - it's her home.  Most decks that need a massive flier will use a Sphinx or a Baneslayer.  It seems picky, but since her trigger can't nuke lands, there's no guarantee they won't just peel a Terminate and keep on chugging.  If she could really put them out of the game by annihilating lands, she'd be a whole different story.

I don't think anyone is mistaking this card for a Constructed playable, but I could be wrong.  Enjoy the fact that he's a Limited powerhouse and that it's got a picture of a guy riding a lion.  Aces!

I had one of these with Kor Skyfisher in Sealed Deck.  I won that game.  It could be the right card for a Constructed deck, but its price of $3 is probably correct.  Decks that need them will be highly specific - it lacks the broad spectrum appeal to be anything more than a mid-range rare.  Its power, however, is truly ridiculous.

I love everything about this card.  At 1W, she does an awful lot of work.  I'd play this card in the right deck if it only had the "tutor" ability, but the ability to tutor up and play off-color equipment really sweetens the deal.   This might have legs in Extended, where some really good equipment has taken up residence (Sword of Fire and Ice and Light and Shadow!)  In Standard, she fetches out Basilisk Collar, which is one of the more absurd equipments I've seen in a long time.  As with Marshal's Anthem, $3-5 is the most you should expect.

Allies might be good, but he's not going to be the reason why.  Bulk Rare, but tradable.

See: Talus Paladin.  Replace Allies with Man-Lands.  This needed to cost 1 mana to be any kind of protection against land destruction decks.

A Goliath waste of a rare.  Clearly just here for Limited, where it ends games faster than a Master of the Wild Hunt activation.

[Joke about Bulk Rare Removed due to no one getting it! -kbr]  Jace is already on par with Baneslayer Angel, and the Pro Tour coming up will tell us if that's correct or not.  Local players seem to have a glut of Jaces, which makes me question their lofty price.  If Jace makes a big showing at the top tables of PT San Diego, he'll continue living the Suite Life in his mansion on Park Avenue.  If not, expect a big tumble.  See: Lotus Cobra, which is now selling for $10.   Marquee cards live and die by hype, so if Jace doesn't perform admirably on the biggest stage of the game, expect him to dip.  I may eat my words for this later, but I think $60 is the highest Jace goes until well after Rise of the Eldrazi.  I'd be trading mine away, since there's nowhere left to go but down.

Same issue as many rares in this set; powerful in a niche deck.  If Allies can fix the problem of "we lose to removal", just like a Sliver deck, Shapeshifter will have a home.  Even so, the deck won't be Tier 1 until Rise comes out, if ever.

I can't even get this damned thing to fire off in EDH.  Things I've done in the span of time I waited to get this online:  Hard-cast Tidal Kraken, suspended and resolved Deep-Sea Kraken, paid (30) to manually remove EVERY ice counter from Dark Depths, killed my opponent with aforementioned sea monsters. Bulk rare, untradable, and I'm very bitter about it.

You can deck yourself with this and a single Treasure Hunt.  Someone, likely of Japanese descent, will break this.  I have neither the time nor inclination to do so in Standard, but I'm sure some nut will.  They're 25 cent rares, and I'll stockpile a few in case the combo deck ever becomes real.  Not gonna make big money here, but it's better than missing out.  MTGO would be the best place to make that trade, since "crap rares" are usually 15 cents and shoot up to $1 when they become relevant.

Still not enough good Merfolk to make a Tribal deck, the Acquisitor seems meant for older formats, where she may or may not see any play.  If she does, it will likely not be a 4-of.  Low-end rare, but you can probably trade a few to EDH players, where she's completely insane.

As good as advertised, and then some.  This mean son-of-a-bitch packs an ungodly amount of power into 4 mana.  Although the deck itself is questionable at present, the GWB Doran Rock/Junk decks can turn 3 the Demon without much trouble at all.  The drawback, in a fairly large sample of games, was totally irrelevant.  Decks that already play good removal will have the best chance of ignoring the drawback, so resist the temptation to "get cute" with things like Bone Splinters and just admit that you're very happy to Path him to win the game.  $30 seems reasonable given his insane power, and it could slowly creep higher if a deck like Jund decides its time to start Persecuting.  That's a topic for another day, however.  I'm acquiring them as I can, and you ought to be as well.

Great ability on an 0/2 for 3, which means that he's just another lightning rod in Allies.  If the tribe ever finds a way to protect itself from Wraths and Bolts, it'll be a contender and Occultist will show up in some decks, but until then, it's a true bulk rare.

He'll be popular for being a Vampire, and the common "dies to bolt" complaint rings true, but there's a subtle power to Anowon that only really shows up late-game.  If both players are playing off the top of the deck, he can basically lock an opponent out of a game entirely.  You've got to play him as the absolute LAST creature you can to maximize impact, but I watched a match go far south last night when the Vamps player threw down a Ruin Sage and slowly ground the board empty.  Not a high-dollar rare, but not bulk by any means.

I'm hesitant to just label this a bulk rare, since it clearly has promise in a deck like SuiBlack.  At 11 life, he's a "bear", and below that, he becomes an actual threat.  In a deck running 8 fetch lands, Vampire Lacerator and Sign in Blood, he MIGHT just be playable.  It seems like a lot of work, but Suicide Black is always a compelling archetype.  Playtesting will show this card's power or lack thereof, but don't write it off just yet.  There might be some gold here.

A Vampires match came down to Highborn activations last night, with the order of triggers being the difference between a win and a loss.  The card is clearly crucial in the Vamps mirror.  It should stay around $6, but if Vampires becomes a real Tier 1 contender, which it seems to be, it could trend higher.  I like the deck and this card very much, and people are not quick to part with theirs.

Quest for the Nihil Stone

Blech.  I liked this at first, but I cannot make the deck work.  Ben Bleiweiss you were right this time.  My inner Sado-Timmy wants it to work, but alas, it's terrible.  Bulk!

Next time:  Red, Green, Artifacts/Lands and the Gold Cards

8 thoughts on “Wake Up and Smell the World!”