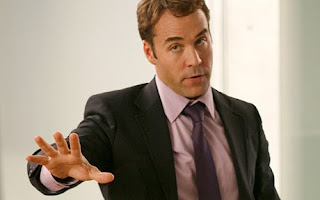 by Robby Rothe of MTG Color Pie
On June 2, 2008, Mark Rosewater descended from on top of Mount Wizards with a stone tablet in each hand and decreed the following: There was to be another rarity in Magic and this rarity was going to be "Mythic Rare". Ever since then, there’ve been questions if it was even a good idea in the first place.  It’s been almost two years since this announcement, with two full blocks as well as a Core Set, and every set in Standard has mythic rares. Looking back at past data and with some of the hype dying down, we can actually take a look at one of the principals that Wizards set out to accomplish with this setting. To quote:

“We've also decided that there are certain things we specifically do not want to be mythic rares. The largest category is utility cards, what I'll define as cards that fill a universal function. Some examples of this category would be cycles of dual lands and cards like Mutavault or Char. That also addresses a long-standing issue that some players have had with certain rares like dual lands. Because we're making fewer cards per set, in the new world individual rares will be easier to acquire because each rare in a large set now appears 25% more often.”

Let’s ignore the whole “mythics as staples” issue for this post and focus on something else. One of the whole ideas for creating this new rarity would be that rare cards would be cheaper and easier to acquire. Sure, there would be some adjustment in price for the mythics but with the math, regular rares were going to be cheaper. If you bundle this with the fact that Wizards decided to make smaller sets, after the largest Standard card pool ever, was it really possible to have cheaper rares? That’s the whole thing I want to tackle here.  Three asides:

Ben Bleiweiss talked about how the mythic rarity will affect card prices right after the announcement was made (It’s a premium article). Here’s some quick math that he used if it was a perfect-odds world:

Ignoring foils, if you opened 100 boxes of Shards (36 packs per a box), using the 1 mythic every 8 packs ratio that Wizards quoted us, we’d get 450 mythics and 3150 normal rares that were cracked. With 15 different mythics and 53 non mythics we’d get, with perfect odds, 30 of each mythic and 59.4 of each rare. If we did this with a small set such as Conflux, we get the same 450 and 3150 total cards but 45 of each mythic and 90 of each rare. As you see, we still get a mythic is twice as hard to pull as a regular rare, which Mark Rosewater told us.

Planar Chaos is different because of the Colorshifted uncommons and rares that were sorted that way. There was a slot in the booster pack where it was either a colorshifted uncommon or rare. A ratio of 1:4, you’d get a rare instead of an uncommon. The mythic spot is occupied by that colorshifted rare.

Congratulations, You’ve Got a Bunch of Numbers.

What does this mean?  Compiled with the smaller sized sets, it has never been easier, on a consistent basis, to get the rares you want. For today’s small sets,usually the second and third sets in a block, the odds of pulling any rare are the same odds as pulling it from a box of Coldsnap or Planar Choas (Colorshifted cards aside). 10th Edition, which was the largest set in these groups of sets, has the smallest percentage of being able to pull the rare you’re looking for.

Case Study: Birds of Paradise has been printed in three sets during this time; Ravnica, 10th Edition and M10. If you wanted to buy a box and pull a BoP, which set would give you the best percentage that your box would include one of said card?

Of course, if we take a look at the BoP prices, we can gather how difficult they are to pull which go along the same lines:

Because BoP have been around for so long, it’s easy to see the progression of the prices. Remember, because they are Standard legal at this moment, means you can play with any one of these copies:

Besides the obvious blip in the older sets, Birds of Paradise had always been a $10 card. Because cards from the new set are easier to crack, the scarcity of it wanes and the price goes down. Let’s take a look at another card that has appeared three times, but for the third printing, it was moved up to mythic: Platinum Angel. Being printed in Mirrodin, 10th and M10, we’re going to ask the same question: which would be the better box to buy if you wanted to crack one?

Whoa, that’s a big shift. The numbers for the M10 box reflect the numbers of mythics per a box (4.5) and mythics per a set (15). Yes, in a perfect world, you have a much better chance of pulling a rare Mirrodin Platinum Angel vs a mythic M10 one. Let’s take a look at the prices:

While some playability does affect the price of these two examples, they are still standard playable. Yes, more M10 boxes were cracked then any other set previously, but if you look at the numbers, it makes sense.

For these next figures, I’m using blacklotusproject.com’s figures since I can’t go back and find out what the high points for older cards were.  Wotc was concerned about availability of top-tier mana fixing, so let's take a look at those.  The last set of new Duals were Shadowmoor - we’re going with friendly dual lands to compare - so let’s compare them to new duels within the new rarity system:

Of course, some of these depend on the deck that’s playing them, which is why we included all of the prices. While I feel these numbers could be a little flawed since it doesn’t go back far enough to when the hybrid lands we first introduced to Standard, I felt it was a good enough example.  Here are the odds that your box would have 1 of these duals:

Yes, in a perfect world, your Worldwake box has 90% chance of having the dual land of your choice. Sure it’s a small set, but even the M10 box has a much better than a coin flip that the dual you want is in that box. Your manabase, which sometimes is the most expensive part of your deck to acquire, is now much cheaper to get. That, in turn, makes more people able to play the format since it’s easier to get into - the barrier to entry is much lower.


By taking a look at these numbers, you can see generally that card prices for rares are under more control. While Cryptic Command, Thoughtsieze, Bitterblossom, and Mutavault were all $20+ when they were in Standard, the only rares above $10 now are Knight of the Reliquary, Noble Hierarch, the Zendikar Fetchlands and Maelstrom Pulse since the new rarity debuted. Even with more reported players than ever more, the prices are lower even with a greater demand.

While that doesn’t solve the dilemma for prices of Mythics, Wizards did accomplish something it set out to do. All of the above cards from the new model see play in multiple tournament formats and various decks. The cards in Lorwyn block were mostly seen in Faeries (then to Quick ‘N Toast/Five Color Control) while a few have made an impact elsewhere. Players might complain that Vengevine and Baneslayer Angel are “Staples” to play in Standard,  but you sure don’t hear them complain about how easy it is to acquire a rare.  Maybe now that a great deal of the staples are more affordable, the doom-sayers can turn their attention to whining about Blue sucking again.

11 thoughts on “You’ve Got Gold: How Wizards Crashed Gold Futures in Magic”