Howdy folks, and welcome to my very first article for DoublingSeason.com! For those of you who don’t know me, I’ve been blogging about MtG finance on Gwafa’s Bazaar since October 2009 and writing for ManaNation about all sorts of stuff since the start of 2010. I find evaluating new cards to be one of the most interesting parts of this hobby of ours, and spotting trends and under-appreciated gems is a talent that can be quite profitable.

With mythics more and more prevalent, playing with the best cards is becoming difficult for the player on a budget. It is so useful to be able to leverage advance knowledge of card price changes to make a little extra money, which can then be turned into those Mind Sculptors you need to finish of Next Level Bant or the Kargan Dragonlords to perfect your red deck.

Whatever your budget or situation, the best place to turn a profit by buying, selling and trading cards is on Magic Online. Trading in real life has issues – you can usually only do it at FNM, local PTQs or other events, which only come up once a week or thereabouts. Additionally, you are limited in the pool of people you have to trade with – eventually you are going to get all the cards you want out of them. If you’re trading over Magic Online Trading League or eBay, you have to wait for and pay for shipping, which kills your margins and means you can’t respond to trends in a timely fashion – perhaps a card is a flash in the pan, and there’s only a week’s window to make a profit. These issues are all magnified for me as I have the disadvantage of living in Perth, Australia, the most isolated state capital in the world. We have a very small local scene, mostly made up of tourney sharks who aren’t keen to trade away their staples. I work full time and do university studies over the internet, so the time I can devote to getting out to trade with people is very limited.

Magic Online, by comparison, is a trader’s paradise. While the software is far from flawless, it is infinitely more streamlined than a real life trade. You can instantly search your trading partner’s collection for a card, rather than leafing through a half dozen shabby binders full of Aladdin’s Ring and Consecrate Land. There is no quibbling over card condition, whitened corners, or the like, as digital cards can’t be damaged. Your magic online collection can be used in any number of decks – want to have Blue-White Control, Next Level Bant, Turboland and Superfriends available to take to a tournament? On Magic Online, you will only ever need four Jace, the Mind Sculptor, and there’s no need to swap them between your decks. This means any excess cards above a playset can be immediately traded or sold, and thus there is a much smaller opportunity cost in having your decks ready to play.

For buying and selling, the situation is much improved. My local stores have outdated and poorly maintained singles collections with inflated prices, and buying paper cards online you once again hit the spectre of shipping, both in time lost and the additional cost of postage and packaging. Stores have almost zero overheads as well – Anybody with enough coding skill and a spare computer can write their own bot to act as an automated card vendor, and once that is set up there’s no need to pay staff, sort inventory or rip packs. The bots buy cards at one price and sell them at a higher price, 24 hours a day, 7 days a week. They do not sleep, they do not eat. They only profit. These profits can be extremely marginal and it is still worth the bot’s while to make the trade – selling a common at 0.02c is not something a paper card store can do, because the costs of physically removing the card from inventory and posting it is simply not worth it. Non-chase cards are generally extremely inexpensive on Magic Online, which is of great interest to the speculator who thinks a non-chase card is about to become greatly in demand.

Because of this streamlined, instantaneous transaction process, it is very easy to capitalize on expected price changes. For example, when the extended changes were announced recently I hopped on Magic Online and acquired a dozen Windbrisk Heights, at .5 tickets each in about two minutes, from a bot. Three days later I sold them back to the same bot for 2.5 tickets each, in about the same period of time. There are other ways to turn a profit trading magical cards, but Magic Online is by far the best to my mind.

So how do I get started?

If I’ve convinced you that trading on Magic Online is a worthwhile way to apply your card evaluating skills, you'll be eager to get started. First, you need to download the client.  Now, to get to the good stuff you have to jump through some pretty irritating hoops. First, you have to create an account which will cost you ten bucks. For this ten bucks, as well as access to the game, you get a core set booster, two event tickets, and a pile of other stuff, including “planeswalker decks” which you can use to get used to the interface by playing against other new players.  Once in the game proper, you won’t be able to use these cards in regular duels.  Keep the planeswalker deck unopened, or it will clutter your collection screen. Once you’ve created an account, you get to download a download assistant, which will then download the game client installer. Once the game is installed, you get to update your client, which takes approximately as long as the original download. This would be a great time to complain on Twitter about how long it's taking.
Still with me? Great! Click launch, put in your login details, and you are now in the world of Magic Online. The interface is not the friendliest in the world, and a lot of the big shiny buttons you are presented with don’t do anything useful. Here is the down-low on the buttons you will need to press.

Menu
->Community -> Marketplace-> Classifieds
This is the easiest place to find bots, stores, and actual real people to trade with. It is a lot less garish than it used to be, when bots would vie with each other to have the biggest, boldest, most eye-searingly lime green slogans hawking their wares. Now everyone is stuck with the same miniscule font. At the top of the screen is the search box, where you can put in “Baneslayer” or “ROE” or whatever you are looking for, and it will filter the classified listings. A couple of good searches to do are “Casual” or “Human” if you’re looking for an actual person to trade with, or “Free” if you are just starting out and want to get some free commons.

Play
Under Play there are a few different, fairly self-explanatory rooms. Premier Events and Daily Events require a bit more description. Both are tournaments which take place at particular times and accept more players than the 8 mans, offering comparatively larger payouts. While my column is not going to be focused on playing on Magic Online, a handy hint if you are looking to start playing - star with 2 man queues, then 8 man queues, then dailies, then premier events.  That's the ascending scale of competitiveness. Casual Play covers everything that doesn’t cost to enter, including Commander EDH (under Multiplayer), Two headed giant, casual duels and the tournament practice room, where you can either get some free practice with your Jund deck or test out your new Merfolk aggro deck against all the guys practicing with Jund.

Collection/Deck Editor
Again, self-explanatory. You can see all the cards you own in here, as well as your packs and event tickets. You can filter it using the various buttons at the top, including the search to find a particular card and the rarity filter. The Deck Editor is used to make decks. Find a card in the top panel, drag it to the deck or sideboard panels. 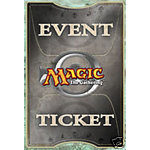 Used to buy things! You will likely be visiting here in the beginning to buy tickets and draft sets, but if you are approaching your MODO account as a kind of fun investment portfolio once you get started, you won’t need to come back to the store too often. Event tickets are the in-game currency and most transactions will take place between you and bots or other players, rather than you and the in-game store. I view going to the store as a mark of failure on my part, as it usually means I spent all the tickets I made on drafting.

A quick note on tickets – One ticket is essentially one US dollar. You can use tickets to buy packs and singles from in game vendors, and those same vendors will pay you for your cards and packs in tickets or portions of tickets. The aim of our game is to turn your few tickets into many tickets, through clever trading and correct reading of the market. More on this next week, when I take you through the trading process.

Note that all of these menu options are right at the bottom of the main screen. Everything else on the main screen is pretty much worthless so just ignore it. I always have, and it has never steered me wrong. This should be enough interface stuff to get you started – next week I will go into detail on how to buy and sell singles, which bots I like to use, the auction room, using online stores, and from there we will have a fine foundation to start talking trading strategy.

Russell Tassicker has been blogging about MTG Finance on Gwafa's Bazaar since October 2009, and has been a ManaNation columinist since the beginning of 2010.  He finds evaluating new cards to be one of the most interesting aspects of Magic: The Gathering and his talent for spotting trends and discovering under-appreciated gems has proven quite profitable for him.  Russell believes that every Magic player should be buying and selling cards on Magic Online, as it is the best and most efficient way to transact business.  His weekly column at Doubling Season focuses primarily on MTGO's many aspects.