As I sit here preparing my article, I have to tip my hat to Starcitygames, because they have redefined the market. How so? Well, the answer is in the clever use of the Open Series. Almost every week we have a "major" standard event to keep track of, and more often than not a large Legacy event as well. Compared to a few years back when we only had PTQ's, Pro Tours, and constructed format Grand Prix, the Open Series gave us the next step in weekly evolutions.

Deck builders and testers work weekly now to keep up with the newest tech available to everyone interested the day of the event. Before PTQ results were often posted a week or more after the event, and the tech for the metagame was outdated. From the financial aspect, real time data on whats doing well from week to week gives us a more accurate picture of the market to work with. Overall, the game and its community are growing stronger, and getting better and better for players which is awesome!

Alright enough chatter, down to business. 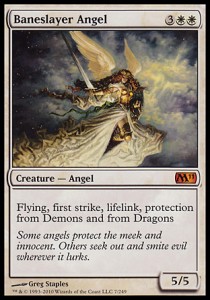 Green Sun's Zenith on CFB for $6.99 and SCG for $9.99. At this point I'm gonna say ship the extras you have. It hasn't gained anything in weeks, and stagnation more often than not means a drop at some point as we can already see at CFB.

Sword of Feast and Famine $20 on CFB and SCG? Seems fair, but I also don't see it going up a lot more. Keep them or ship them, either way they are still a solid card to have.

Go for the Throat $1.99-$2.49 is a fair price for this card. I would hold on to them as the price on Path to Exile didn't spike until it had been out for a few months.

Thrun, the Last Troll $11.99 on both sites and continuing his march downward. He's going to need to see more play soon to raise his price, but I'm content seeing him low.

Contested War Zone continues to be in demand, but not as much as it was initially. CFB has them at $2.49 and SCG at $4.99. Keep a set to use and ship the rest while people will still trade for them at $5+.

Praetor's Counsel is down to $1.49 on CFB, and $2.99 on SCG. I really like this card and think it has some possibilities if a combo deck comes up in the next year. At that price I might even consider getting a few, in an act of pure speculation.

Promo Black Sun's Zenith Considering that the foil version is $9.99 and sold out at SCG, and CFB doesn't have a listing for them I would either sell these as fast as you possibly can or hold it for use. Ebay has the promos at roughly $15 each.

Spikeshot Elder rose a bit on the back of its 4-of inclusion in this weekends Standard Open winning list. CFB hasn't moved their price past the $0.99 mark if you're looking to pick up a few still, though SCG has them at $2.49.

Baneslayer Angel is picking up in play again, so keep that in mind when trading for them or trading them away. $12.99 on SCG, $10.99 on CFB.

Linvala, Keeper of Silence is another card becoming more popular again, though only in small numbers and primarily in the sideboard. $9.99 on SCG, $6.99 on CFB.

As much as I do love legacy, from a financial perspective its rather dull. Yes, there are a number of options as far as "investments" go, however its much slower to see price changes overall.

Hopefully you all got the e-mail Doug sent out saying to try and get Candelabra of Tawnos and Time Spiral. The prices on them have risen with demand, and the numbers available are scarce.

I find that the above list is a necessary evil, I find them dreadfully dull to write about but the information is something that is extremely useful to anyone who is looking for a quick reference sheet of cards to keep an eye on or try to trade off.

Accounting in a sense of cards is something that I've been building to cover for a while now. I've almost got a spreadsheet that I feel comfortable sharing for people to use, and if you have any specific requests you want to see, please let me know. I've got a lot of things on there, but there may be something that I've overlooked. I believe that tools for tracking our success are important because they allow us to see how we are doing over a period of time. Expect to see the completed sheet in a few weeks after some trial runs and tweaks.

- Praetors Counsel started high for presales as most mythics do, and it has dropped way low. Its a powerful effect in a color that has been known for its ability to ramp and untap lands for use again. Giving you all of your spells back and non maximum hand size seems good if there were anything combo-like to come out anytime soon. 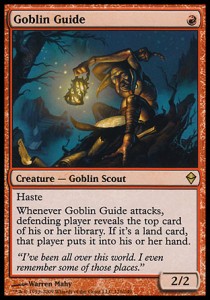 Those are the main three I'm watching right now, and will be watching for a while I expect.

That's all for this week, leave a comment and let me know what you think! We're here to serve you guys, and your thoughts count.