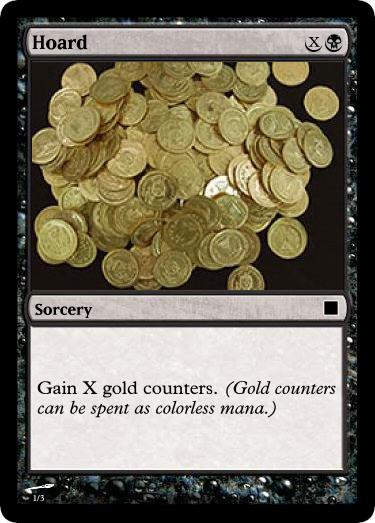 This week, I feel like branching out. Metagame analysis and decklist discussion is fun and all, but sometimes a change of pace is in order. In Magic, and also just life in general, whenever things get a little too routine, drastic steps are often required. Some individuals get tattoos. Others purchase motorcycles. A few brave souls try out Jeskai Ascendancy. To each their own.

For those waiting with bated breath, this is not a Jeskai Ascendancy article. Sorry to disappoint. As I write this, I am furiously preparing for my semester studio review for my architecture program, up to my neck in floor plans, section cuts, basswood, matboard, and tacky glue. Among the many requirements are architectural diagrams, which are basically the gold standard when it comes to theoretical design representation. Today, I plan on discussing architectural diagrams (their function, their purpose) and relating the thought process behind them to “our world,” to begin to evaluate how we can approach Magic thinking from a new perspective. 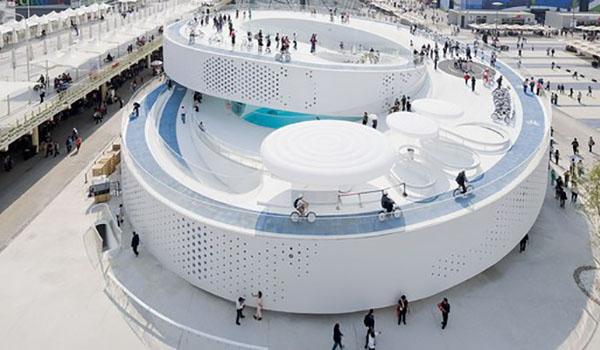 In their most basic form, architectural diagrams are visual representations of some idea or thought meant to filter information and communicate specific aspects of a whole. Similar to a sketch, diagrams are used primarily to graphically communicate an idea or a portion of an idea quickly and clearly. Architectural models (not finish models, but rather study models and diagram models) are three-dimensional representations of this almost exclusively two-dimensional form of expression. Diagrams can be used to communicate formal characteristics (the physical look/shape of a building or program) and also forces and flows (concepts such as sun path, circulation, procession, grain).

My favorite examples of architectural diagrams come from a “young” Danish architect, Bjarke Ingels. With a background in graphic design and an interest in comic books, Bjarke’s diagrams are clear, bright, attention-grabbing, and informative. Through a series of vignette diagrams, complex forms are explained, step by step, from a simple origin all the way through to completion. His firm, B.I.G. (Bjarke Ingels Group), approaches architectural design with a deceptively simple, easy to follow methodology. “BIG’s design process always starts by identifying the key criteria of a project: What is the biggest problem---what is the greatest potential? Rather than arbitrary aesthetic or stylistic prejudice, all decisions are based on project specific information---Information Driven Design.”

Often, design projects are influenced more by an architect’s pre-existing motivations and presumptions than by what is actually “right” for the project (think Frank Gehry or the late Zaha Hadid). Nothing is necessarily “wrong” with their work, but designing in this way leads to an iteration of the Bilbao Guggenheim in Chicago (the Jay Pritzker Pavilion in Millenium Park) or Zaha Hadid’s failed Olympics Stadium in Tokyo.

Architecture has often been called the skillful manipulation of a ridiculously unfair set of constraints. Site setbacks, zoning, budget, client wishes, sustainability, and more combine to craft an environment that often successfully squeezes out all good ideas and happiness, replacing them with misery and value-engineered decisions. Rather than fighting these constraints (as much of the field often tries to do) Bjarke Ingels embraces them, using them as tools to create memorable projects that fit perfectly into the unique context they are built in. (Look at this video of Vancouver House for an example.)

As a student, I have been applying this design methodology to my own projects and drawings, and slowly I’ve come to realize that I’ve adapted this thinking to Magic as well.

I’ve spoken at length in previous articles about context, the collective set of pressures and characteristics of the surrounding environment that we call the metagame. Some of these characteristics can be defined further as constraints, and thus a clear parallel can be drawn to architectural design thinking. In the Vancouver House project, BIG struggled with a constricting set of site setbacks and ground conditions that directly influenced the final project. In Magic, we see this every day with the “Deck to Beat.”

Just recently, Eldrazi dominating the metagame forced every deck to “Deal With It or Die,” creating in essence a constraint on the format that could not be avoided. While the downsides to this constraint were clear (Eldrazi was broken/couldn’t be beat), positives existed as well (people built better decks). There is nothing like a constraint to guide design decisions, in Magic or in architecture, to where they “need to be.”

Most Magic players, like most architecture professionals and students, view constraints as an issue. "Why can't I just design what I want!?" they cry. Or the Magic equivalent, "Why can't I just play the cards I like?" Rather than this approach, we should see constraints for what they are: guidelines that provide a clear starting point to frame subsequent decisions. If our goal is to build better decks, then starting from a clear point and understanding our moves along the way will result in a more successful end result.

So how do we relate architectural diagrams back to Magic? Physically, it might seem like diagrams have no place in Magic, as we are not communicating ideas visually to a client or iterating the physical characteristics of a form. Or are we? After all, in architecture the final result is the “building” (though architects would hesitate to use that term), whereas in Magic the final result is our deck, a carefully composed list of 75 lands and spells. Where architects use diagrams to represent specific aspects of a project, Magic players use…lists! Think about it analytically; lists communicate key interactions and highlight relationships and comparisons between groups. Lists organize and disseminate key information, and above all else filter large amounts of data into manageable, analyzable chunks. 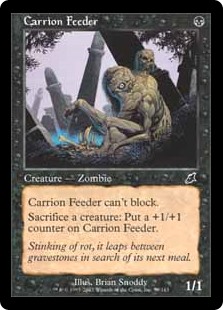 In the same way I admire Bjarke Ingels for his successful architectural diagrams, Sam Black and Gerry Thompson are two players that come to mind when thinking about organizing data in Magic: The Gathering.

Gerry Thompson is notorious as one of the best tuners in the game, and while most of this is due to his play skill, a lot of his success can be attributed to preparation. In many of his articles he has discussed his brewing/tuning process, which involves sketching out lists in a notebook, organizing cards, and searching for key packages/interaction. It is truly impossible to achieve his level of format knowledge and awareness without constantly studying decklist variation after variation.

Similarly, Sam Black is noted as one of the best brewers in Magic, due to his ability to take seemingly underpowered individual cards and pair them with others, creating synergy out of apparent thin air that culminates in a strong, defined archetype. He sketches and studies lists as well, both to find and explore these combinations and just to present a visual representation of his process to himself.

My goal, as an individual striving to get better at Magic, is to learn from these individuals (from both fields) and find some way of adapting their process to my own uses, that fits my interests and the way I learn.