We’re back! Today, we’re looking at the rest of the spoiled cards for Ixalan, to see what could make an impact in Modern. Like I discussed last week, I’m choosing to approach these spoilers from the mindset of the best-case scenario, imagining what would have to happen to make them see play. As is often […]

Today, I’m trying something different. Hour of Devastation released last Friday, but I haven’t had time to look at any spoilers, or read any discussion about new cards. As a result, we have an incredible opportunity to talk about the new set both before and after seeing every card surrounded by its context, in the […]

Hey guys, I’m here this week to give you my set review of the critically acclaimed Modern Masters 2017! It might seem a little weird reviewing a set so far after release, but I have found many people asking the same questions over and over about the cards contained within. I wanted to take the time […] 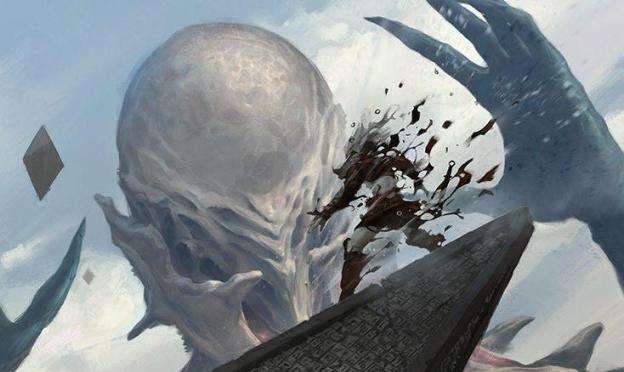 So let’s get the cold hard truth out of the way early; Battle for Zendikar stinks. Not in a “reminiscent of Innistrad scenario, where every card looks poor on paper but incredible synergies prove us all wrong” kind of way. Almost half of the cards in this set are giant, hulking Eldrazi Limited bombs. Most of […]

Welcome to Modern Playables. Dragons of Tarkir has been fully spoiled, and so, with a new set comes the question: which of these cards is truly viable in Modern? We’re here to help you sort through the muck to tell you what’s a yes or maybe, and where it all fits. [wp_ad_camp_1] Dragons of Tarkir […]

The full Gatecrash spoiler is out and its time for Corbin’s set review. Don’t miss his analysis on which cards are overhyped or flying under the radar.

In speculation, reviewing past calls is as important as making new ones. This week Corbin and Chad evaluate each others’ calls from Return to Ravnica to see how accurate their predictions were.