All good stories must come to an end. Hopefully, they’ll be paced better than Game of Thrones’s was. The Throne of Eldraine prerelease is this weekend and the spoiler is finished, so it’s time to wrap up my set review. There haven’t been many interesting individual cards spoiled since my last article, but a number of […]

Thrones of Eldraine spoilers are rolling on, and I’m having more fun watching them than any other set I can remember. That’s not to say that  Modern Horizons was boring nor War of the Spark lacking content. Rather, there are more opportunites to make your own fun with Eldraine than the other sets. Rosewater showed how the cards […]

Throne of Eldraine spoilers are now fully underway. While David dissected the set’s mechanics earlier this week, today’s post reviews the cards themselves to see how they might fare in our shifting Modern format. It also revisits an old brew of mine using a certain exciting newcomer. Let’s dance! Certain Playables So far, four cards […] 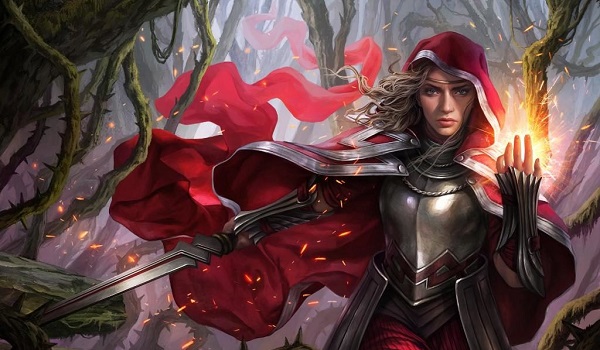 Spoilers for the much-awaited Modern Horizons are finally underway. The expansion so far has exceeded my expectations, offering Modern playables without introducing busted eternal staples, and including a wealth of diverse mechanics and cute designs. Today, we’ll look at the most interesting cards from Horizons and muse about where the rest of the set will […]

With War of the Spark’s spoiler season winding down, testing and brewing is accelerating. As per my usual, I’ve been working through interesting cards to find out how useful they’ll be in Modern. And as is usually the case, the result has been a swath of interesting results, though nothing especially groundbreaking. I expect there to […]