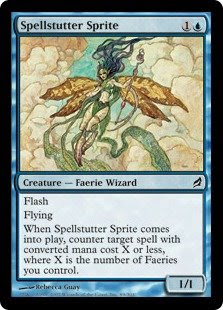 When you ask pros the inevitable, unavoidable question "How do I get better at Magic?", the response you will often get is "Play MTGO". While each player has his reasons, playing MTGO allows access to many tools that are not possible on Paper Magic. The most important by far is the ability to play Magic at any time, anywhere. MTGO can be played while waiting for a flight in an airport, at 4am after you've been out drinking all night, on your lunch break, or anywhere else you can imagine. No need to call friends and organize a get-together. Just click a few buttons and you're playing Magic. You've also got perfect rules enforcement, a true random shuffler, and a passable UI that ties it all together. It takes rather few resources to run, and will run on older notebook PCs. Combine this with a cellular broadband access card or tether your notebook to your Smart Phone, and you'll be playing Magic on public transportation in no time!

The neat thing about MTGO is that most cards online are cheaper than their paper counterparts. This alone will assuredly appeal to the tastes of the value-conscious, as will the chance to "go infinite" by winning drafts (going 2-0 in an 8-4 queue is usually good enough...), but the real bang for the buck lies in a format whose name says it all: Pauper Magic.

It's an official format on MTGO, complete with queues and tournaments. The catch is that you can only play with commons! That's right, your entire deck might well be worth under 5 dollars. Personally, I've tried a few strategies - Sui Black, Teachings Control, Monoblue "Fish" style Aggro Control, and most recently, the Scourge of Standard - UB Faeries. While there are sites that have listings of decks, it seems more fun to attempt innovation before net decking. There's a LOT of design space that's unexplored, and the format rewards the deck builder for finding unique and profitable card interactions. Card draw and card advantage are at a premium, while good removal and countermagic seems to be abundant.

The real draw to Pauper is the ridiculously low cost of entry. Sites like http://www.mtgotraders.com will sell individual cards or "bot credit" and accept credit cards and PayPal. Anyone who speculates on MTG on Ebay will have a few bucks in PayPal, so go give this a try: Go buy 5 bucks in Bot Credit. Bot Credit is like having a positive account balance with each of their automated trading accounts, so whenever you're looking for a card you simply initiate a trade with one of their accounts and select the cards you want. It will inform you of the card's price and your credit will be debited the appropriate amount. Low-demand commons will cost about 2 cents. Some of the more useful commons from Invasion however, will cost upwards of a dollar. The majority of commons you'll use in a deck will be between 2 cents and 15 cents.

Here's a list for a Faeries build in Pauper. Clearly, lacking Bitterblossom, Cryptic Command, Mutavault, Conclave and Mistbind Clique makes it a whole new deck but it has facets of its big Standard daddy that make it feel just as dangerous.

The deck's power level owes much to the lack of real card advantage in Pauper. The deck was designed to be aggressive enough to kill a non-reactive opponent fairly quickly, but most games it relegates itself to an aggro-control role. Fliers are scarce in the metagame, so most of your games will be attrition-based races. Of the cards in the deck, the following are capable of creating net card advantage:
Peppersmoke, Latchkey Faerie, Sentinels of Glen Elendra, Grim Harvest, Agony Warp, Thieving Sprite, Spellstutter Sprite, Mulldrifter. Pestermite usually won't 2-for-1 anyone but creates a lot of tempo whenever it gets played. You can also use it as a trick to untap a tapped Sentinels (the only real blocker type creature in the deck). The deck might benefit from Soul Manipulation but right now it's running well without it. The card feels like a miniature Cryptic Command when it counters a spell and returns a Mulldrifter, but sometimes the mana requirements are more than the deck can handle.

Overall, the deck is absurdly cheap. Most of the important cards are 15 cents, with many being cheaper. For your money, this is absolutely the most efficient way to play! Give it a try and suggest your own Pauper decks in the comments section.

4 thoughts on “Pauper Magic: How To Play MTGO For Five Bucks”