So last week we got a pretty big bomb dropped on us..... 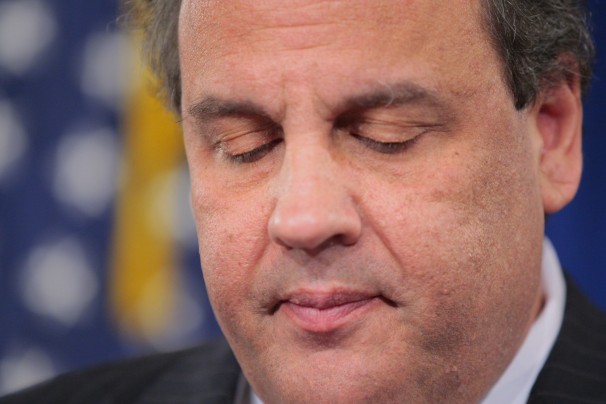 Chris Christie's office closed a roadway in New Jersey to get back at someone (or something like that)...O...M...G! Also there was that whole thing about Chinese fakes that I wrote my last article about and crashed the QS website. So....

Anywho, so the cat's out of the bag and the MTG community is deeply concerned over these fakes. A lot of players are contemplating getting out (though not nearly as many as I'd expect, at least not according to this poll started by our own Sean Johnson). What this means is that consumer confidence is shaken, but not broken.

I'm not going to advocate selling your whole collection, buying a small cabin in the woods, and burying gold bars in your backyard. I'm also not going to advocate ignoring this issue and continually going down the MTG finance path blindly following the old ways. As the title says, It's a whole new ball game.

I personally am going to reduce my exposure. I'm going to keep the cards in the decks I enjoy playing (even if it means risking my $2000 deck becoming $50 bucks) and I'm keeping my one-of EDH cards that I've spent the last five years collecting so I can build janky fun EDH decks.

However, I am going to stop picking up dual lands just to trade and I'm not going to hoard cards as "long-term investments". I've pulled some of my personal Legacy playsets that I haven't played, either in a long time or in some cases ever, and placed them in my trade binder. I'm still keeping some of the really fun EDH ones that aren't stupidly over priced.

Each player is left to make their own decisions which need to be based on their own personal feelings and their tolerance for risk. Those who hate risk will be the ones who sell out, those who just want to play and only trade/speculate to keep the cost of their hobby down will continue going forward (though again, hopefully a bit more cautiously).

However the best way to make your decision is to look at the facts and the likelihood of events.

How did I come up with these likelihoods, you might ask. As usual I used powerful data mining tools and a complex analytical algorithm created by super geniuses at MIT, most often used for government cryptography. Of course I can't discuss them anymore.

The point is we have to accept the realities before us. Luckily, WoTC's best interest is also our best interest, so they will do whatever they can to keep the game we love safe. The downside is there's not much they can do to protect older cards.

This is the same issue the US Mint has with all the new security measures they've added to numerous bills. 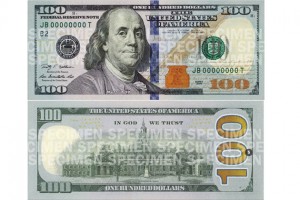 You can add all the super fancy security measures to your new stuff...but you still gotta accept the old stuff. 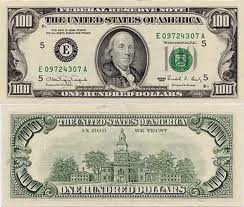 Thus, all WoTC's countermeasures will be good going forward, but have no bearing on the past. Assuming you've read my previous article on fakes, you'll know that WoTC was smart enough to include security measures in their original printings. The blue paper in the middle, the specialized fonts, the specific card thickness and printing process, and the UV ink. So thank God for WoTC thinking ahead on that one.

However, as I previously mentioned (and the 100-dollar bill pictures emphasize), the counterfeiters will work on correcting their errors. Ironically, our desire to spread the word and alert people of what to look for is the exact "debugging" they need done.

The caveat is that people will need to purchase cards from them for them to keep making money. The burden falls onto the player base to keep that one in check.

I realize there will always be people who don't care how unethical something is. These will be the guys who buy the fakes and then try to unload them via eBay, trading venues, buylists, etc. The best way for us to fight this is to be vigilant and to speak up.

If you see someone peddling fakes at a venue immediately tell the T.O. These people are violating the law and are subject to criminal prosecution. With any luck this will be the first line of defense, the second being we players not falling for the siren song of "cheap staples".

Numerous reddit readers felt that the counterfeit issue was a good way to air their grievances about the massive increase in card prices the past five years. They complain that the cost of Legacy is too much and willingly admit that if they get the opportunity to purchase fakes that are only somewhat likely to be discovered they will.

But they fail to realize that encouraging counterfeits to make a format affordable will actually just kill the format and likely the game in general. Legacy is a format that is not really supported by WoTC, it is supported by the secondary market (mainly stores, one store particularly). If that format becomes unprofitable for the stores due to massive decrease in demand for the cards, then there is no economical sense to continue to support it and the format dies.

So these same players will spend $50 on a playset of fake dual lands and within a year or two have nowhere but their kitchen table to play them. The same issue will occur across all formats.

The strength and success of Magic has relied on people's faith that when they buy a pack of cards the cards retain some value. Granted a lot of the time the value is considerably lower than the pack price, but every once in awhile it's higher.

I've witnessed first hand how one player getting something amazing from a pack can cause several others to go buy packs despite the fact that the probability of hitting a high-dollar card is likely to have decreased after the first card is pulled.

This would not be the case if massive amounts of counterfeits and a player base with no qualms about playing them entered the market. If a booster pack is $3.99 but the most expensive card in a set is $2, then no one will open booster packs anymore, WoTC will go under and the game will die. That's not doomsday prophecy, that is just plain economics.

Let this be a warning to the player base. Counterfeits are not beneficial to players (in the long run), even if they seem so (in the short run).