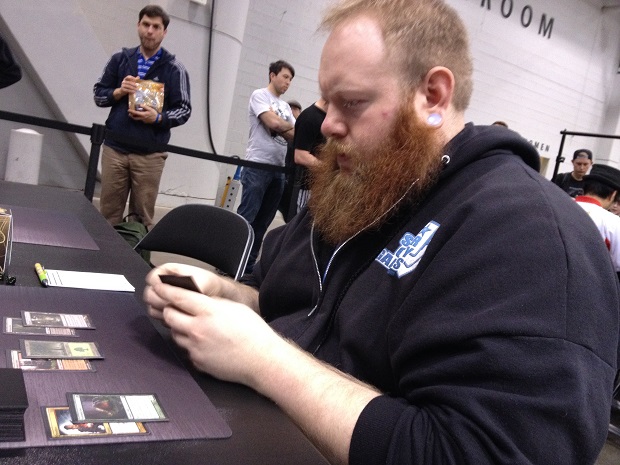 Of all the rumors that fly around the Magic community, there's none more grand in scope than the theory that all the pros are part of a massive Conspiracy (timely, aren't I?) to cover up the rampant steroid use on the pro scene.

Seriously, you can't make this stuff up. It's a real rumor that's gone around the community, with the idea being that steroids help you perform at a high level for longer. I guess on its face there's something to it since hypothetically there are drugs that could help with that sort of thing.

But, seriously, this is kind of ridiculous, right? At least one other person thinks so.

And satire is oftentimes the best way to get this point across, and you can find the hilarious result of that here.

Christopher has undergone a recent and explosive drive to win an SCG open contest. (For those of you don't play Magic, an open event is a large tournament where hundreds, sometimes thousands of players will enter a single cutt-throat style tournament to try and reach the top). Despite already being rated #1 on the esteemed SCG player points scoring system, Christopher has vowed not to shave his facial hair until he wins one of these events. Although his shaving habits are outside the prevue of this article, one look at his fiery, explosive, healthy, crimson mass of facial hair is very convincing evidence of steroid abuse (and magnificence). I caught up with Christopher at SCG New Jersey and when I asked (him) about how he feels regarding the impact of anabolic steroids on competitive MtG and whether he has ever used steroids to gain a competitive edge, he looked at me like I was crazy and said "what??". Whether he is a steroid abuser or just a bearded warrior on a mission, I'll let you make the call.

If you enjoy Magic humor articles, this is definitely one to check out. It's the Onion come to MTG.

18 thoughts on “Because Sometimes Satire is Needed”