Grand Prix Moscow 2014 has been completed, and the winner is Igor Gorbunov with R/W Burn!

If you don't pay close attention to the Russian Magic scene (and who doesn't?) you might not recognize Gorbunov, but you may recognize his MTGO username Topdeck_Pomogaet as a regular on the Dailiy and Premier Event leaderboards. He also has a Russia Nationals finals appearance and two Worlds appearances representing his home nation, so while the restaurant owner may not be a household name here in North America, Gorbunov has plenty of bona fides for a newly minted Grand Prix champion.

Gorbunov piloted R/W Burn to the title, making it 3-for-3 on the weekend for champions crowned with red decks (Tom Ross in the SCG Invitational, Festus Resendez in the Standard Open). His list, which has the very light black splash as well for casting Toils of Night and Day out of the sideboard for control matchups, is fairly 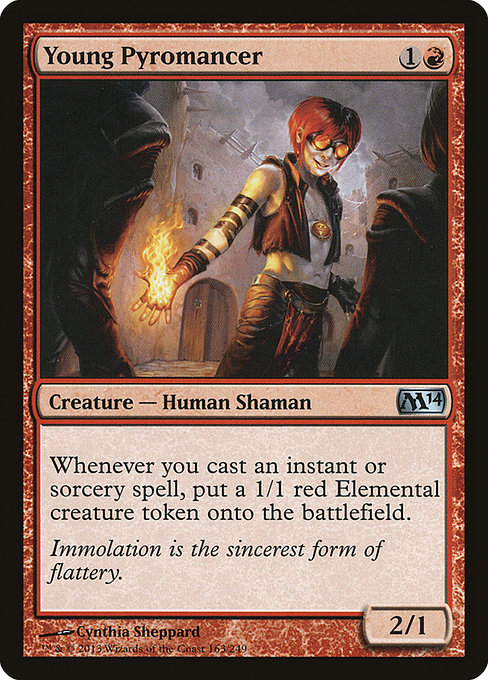 stock, though the switch away from Eidolon of the Great Revel in favor of Young Pyromancer should be noted. The alteration to the M14 uncommon isn't new, but gives the deck an angle of attack against some of the most popular cards in the format, notably Devour Flesh and Desecration Demon, that the deck lacked previously.

For the small size and relatively out of the way locale of the event, the top 8 actually featured some star power: MTGO champion Dmitriy Butakov and multiple Pro Tour top 8er Lee Shi Tian both made the knockout rounds as well. Lee piloted the Mono Black Devotion deck that has given him a huge amount of success, including a GP win, while Butakov took the second most interesting deck from the top 8, Bant Control, into battle. Lee secured Platinum status from his top 8 this weekend, so we'll be much more likely to see much more of him in the months to come.

I say “second most” for Butakov's deck because Efim Kashapov's 4-Color Midrange deck is straight out of a brewer's heart. Featuring Voice of Resurgence fighting alongside Farmstead//Away, and Blood Baron of Vizkopa alongside Kiora, the Crashing Wave, this dual-fueled amalgam found a way to win. He had full sets of both Pack Rat and Sylvan Caryatid, the two cards commonly accepted as the best two-drops in Standard, and built on that solid foundation each game.

But in the end, Burn ruled the day. What a Shock!