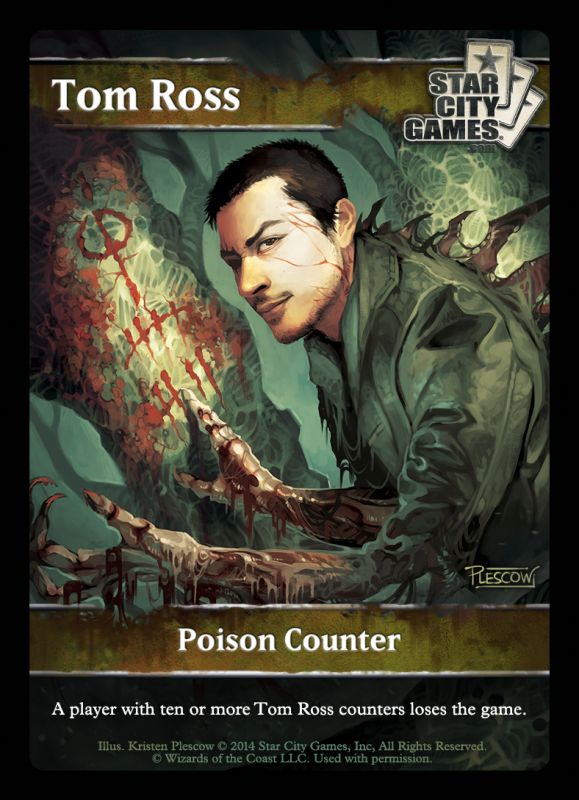 If you haven't heard, Tom Ross won the Star City Invitational last weekend. And, in a rarity for such a large tournament, he did it on the back of two fairly innovative decks. The first was the "Boss Sligh" deck he used in Standard, playing basically all the Red one-drops and just killing people before they hit him.

It's a similar approach to the one he used in Legacy, except that while playing a format full of the game's most powerful cards he had only to count to 10.

There are two cool things about the SCG Invitationals. The first is that they split between Standard and Legacy. The second is that, like the Invitationals of old, the winner gets his or her own token.

And they don't get cooler than this. "A player with ten or more Tom Ross counters loses the game" is probably the best way possible to immortalize his victory, and the artist knocked it out of the park with this one.

13 thoughts on “The Only Way to Poison”