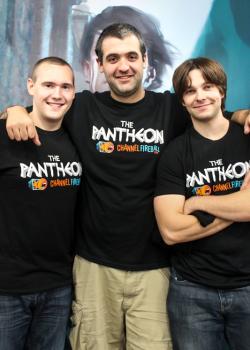 Admit it. If you had to pick a team before Grand Prix Portland kicked off to win the whole thing, that team would have been these three. Three of the top four ranked players in the world, with an incredible run of success this past year.

And they did it.

What I most enjoyed about their win was how excited they were. Even after everything else these guys have accomplished in the past year (including at the Pro Tour itself last week), they were jumping up and down when they took down the title. Truly, this is the best part of team events, and it was a blast to watch some great Magic this weekend.

You can read the full story about their victory in the first Premier Play event of the season here.