Here on QS, I like to talk about trading. There are dozens of factors that will affect the long term outcome of a trade. You sit down with a stranger or someone you know and swap your wares. In the age of smartphones and companion apps and space age polymer binders, everything should come out even, right?

This is where all the MTG Finance theory goes right off the rails. By attempting to evaluate a trade in the moment, you can fail to take into account what each side is trying to accomplish. I've made some pretty large trades in my day, but one trade was significantly larger than all the rest:

This is what I traded for: 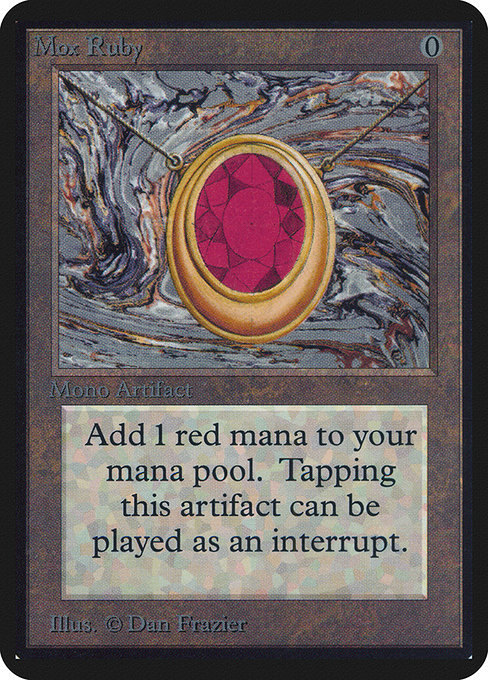 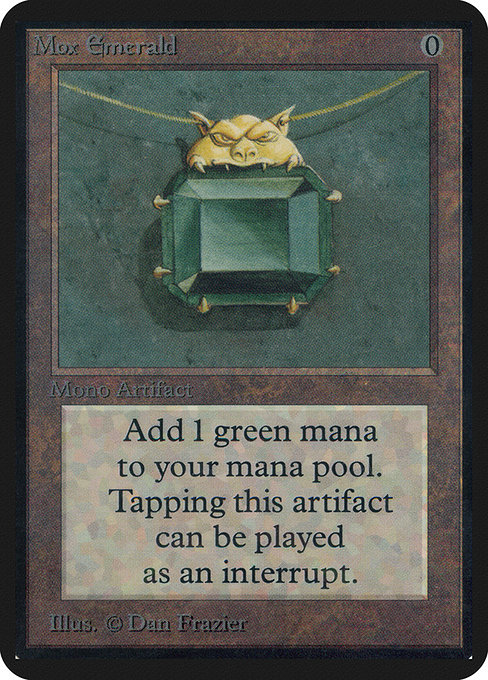 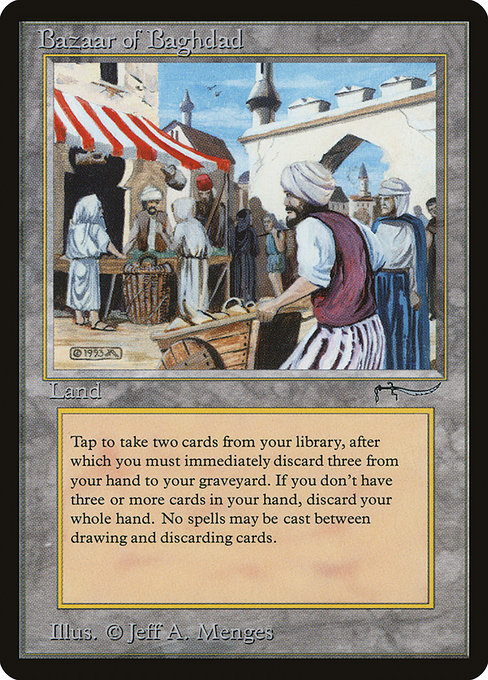 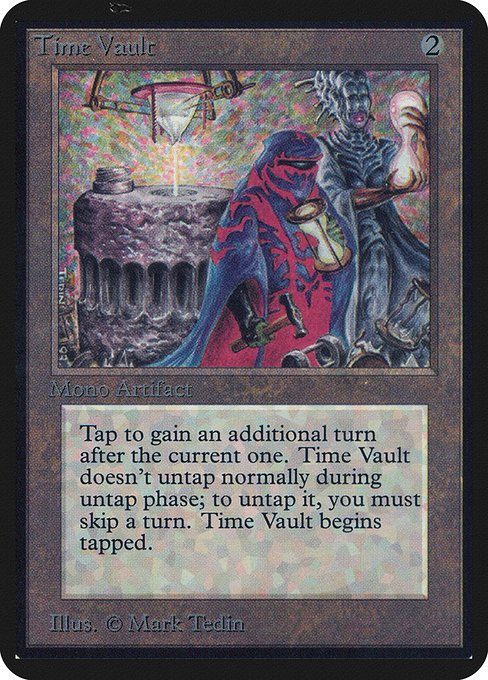 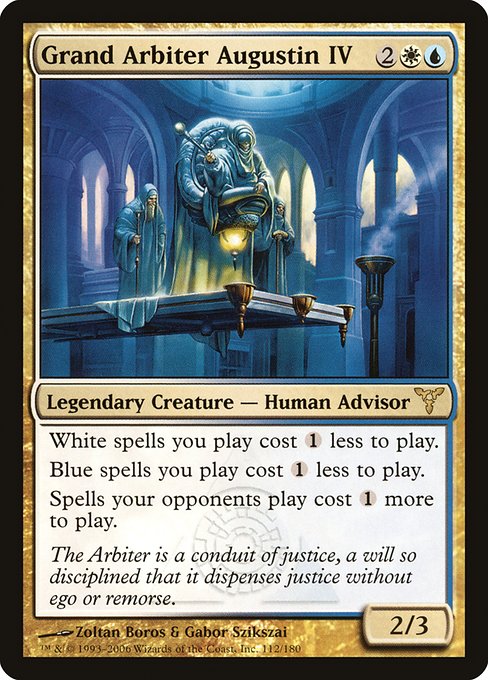 *Arbiter was a FOIL for my Ravnica Cube. I'm not a complete savage.

But what did I bring to the table?

So who made out big on this trade? Obviously we need some more information to figure that answer out.

This was Gencon 2013, so a little over a year ago. Vintage Masters may or may not have been announced yet, but the Moxes were all $600 or less, the Bazaars were a meager $300, and the Time Vault was under $300 as well.

Since then, everything I acquired has appreciated by at least 25%. the Bazaars are hovering around $400, the Mox Emerald has more than doubled in value while the Ruby has gained a paltry 50%, and even that Time Vault has gone up $75 or so. Grand Arbiter... well he remains a 13th - 15th pick in the cube, guess he's not that grand after all.

The guys I was trading with run a shop outside of Cincinnati, so for them it was cool to have these random booster packs (lottery tickets) and FTVs to sell to their customers. Some of that sealed product has gained modestly in value, but, on average, their side of the deal is only up 20% over a year ago.

Clearly I won big on this trade right?

I didn't lose either.

But that doesn't mean I lost. I don't run a store. I don't ever set up a booth at a Grand Prix. That sealed product would have just sat in my closet and I would have made some gains, but not as substantial.

You Don't Have to Win Every Trade

"Value trading" is a dirty word to me.

Ever wonder why nobody trades anymore?  Why hassle with the guy at the trade tables when you can just go sell cards you don't want at half price and get exactly what you want? The results are the same--you still get screwed over, but you don't have to spend 20 minutes doing it.

Sitting down at the trade table with your goals in mind is a great place to start. When I made the above trade, I had two goals in mind: trade for Vintage cards and finish foiling out my Ravnica Cube(d).

Did I make other trades? Sure. I'll always trade away cards I don't want for cards that I might want, but I knew what I was working for.

If you're only goal at the trade table is to make money, then you've probably left a lot of opportunities on the table.

So how do you apply this to every day trading?

Keep in mind why you're trading.

Almost every card in existence is available at the click of a button and will arrive at your doorstep within a couple of days. For most of us, trading is a way to avoid spending money.

So take this guy for example: 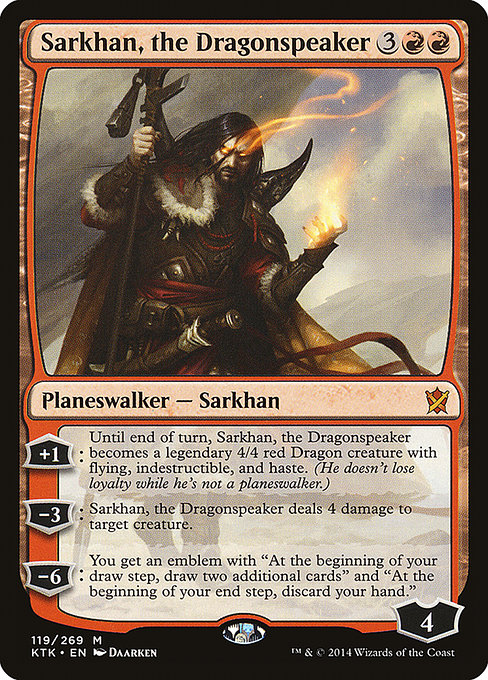 He's hovering around $40 (when I was writing this), but do you want to shell out $40 to get him? You really need him for your deck tonight, but $40 is a lot of trips to Taco Bell and that colon is not going to blow itself out.

You find the one guy in the room that has him--he came in and bought one pack and opened a Sarkhan--and he picks out two copies of Thoughtseize. OMG! What do you do? You're losing $4 on this trade, but the tournament is going to start in a few minutes and this is the last card you need.

MAKE THE TRADE. The alternative is that you shell out $40, and realistically you would gladly sell your Thoughtseizes at $20 a piece if someone was buying, so you're not really losing anything. And you're definitely going to win the tournament and celebrate with a greasy sack of Taco Bell on the way home. SUCCESS.

You're sitting on a copy of Sarkhan, the Dragonspeaker. You know he's pretty much reached his peak and will soon begin a meteoric spiral from $40 to a paltry $25. Some punk kid with a Hello Kitty nose ring and an ironic tattoo of Luigi dressed as a Frenchman really needs a Sarkhan but only has two copies of Polluted Deltas for trade, a $34 value.

Today Sarkhan is worth $40. In two weeks, when your schedule allows you to come to the local game store again, he is likely only going to be worth around $25. You know that Deltas are probably not going to lose too much value in that same amount of time, but the kid has a nose ring... seriously, who does that? What do you do?

MAKE THE TRADE. Taking a "loss" in a trade doesn't mean you've lost. There are a number of things to factor into the equation--timing, price trends, play needs, collection goals, and on and on. It's easy to say you should always trade for value, but what does that even mean?

Did you really come out ahead in the end? Knowing and properly evaluating your needs and your outs is more important than knowing the latest price in a trade.