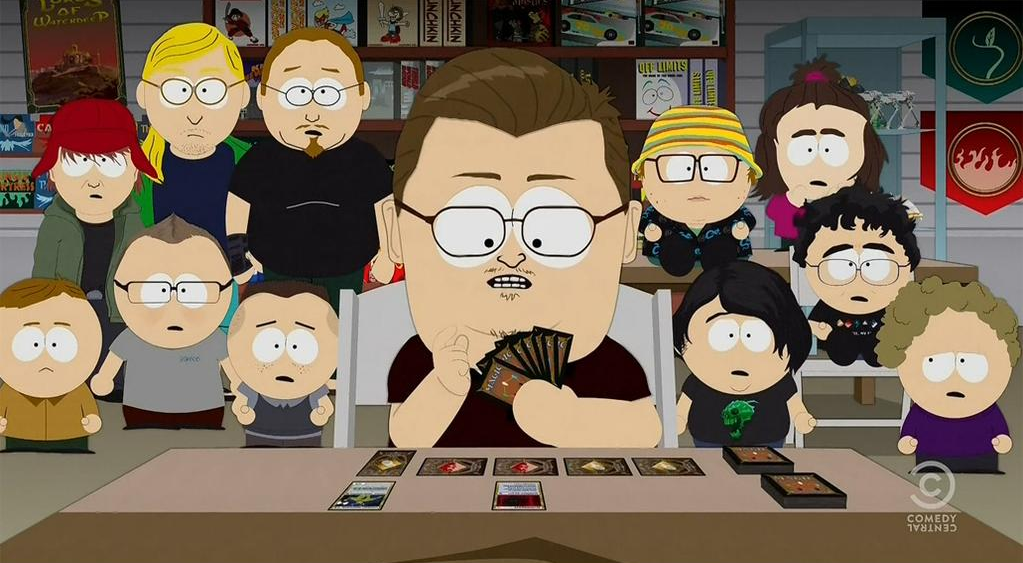 WE WERE ON TV!

I mean, not US, specifically. Well, Darwin Kastle was. And Tomi Walamies.

Where was this, you ask? This was last night's episode of South Park. Now, not everyone has cable, because cable is pretty terrible EV and I can see not having it. I've cut the cable myself. However, this is an age of technology, and South Park is available to watch online if you know where to look. Are you interested in watching the episode? 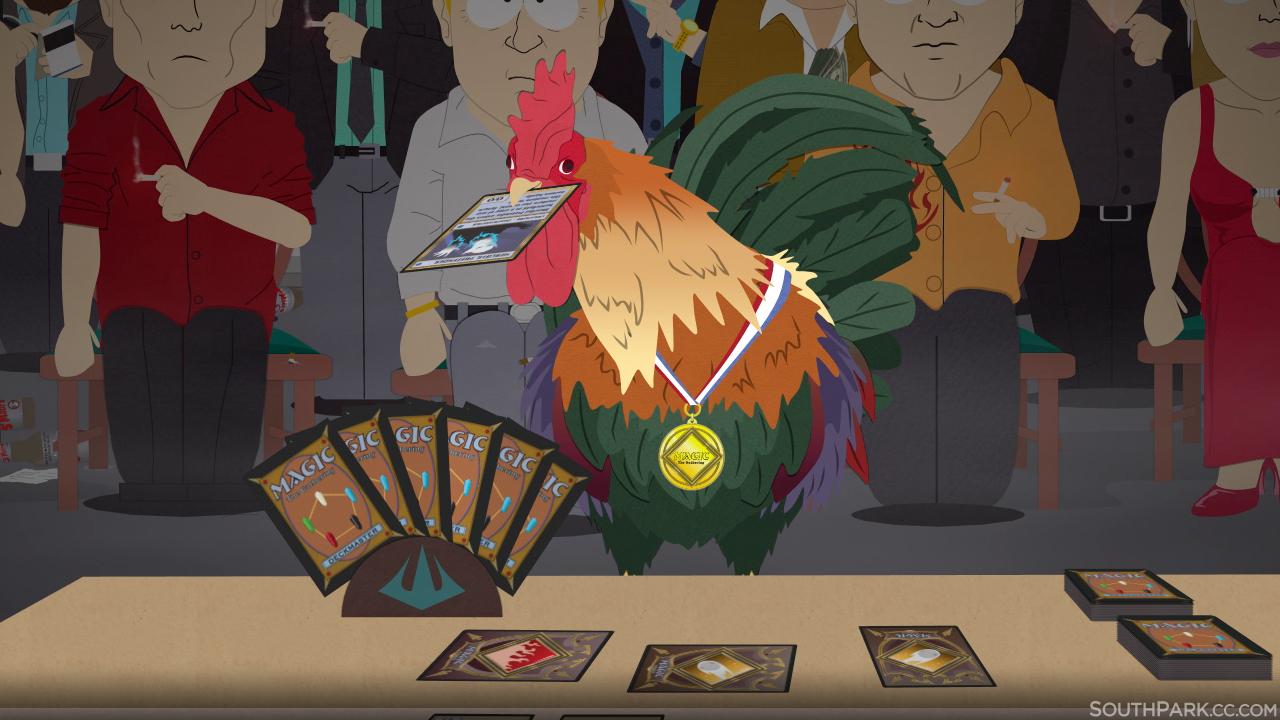 I won't give the whole episode away in pictures now if you didn't get a chance to see it and want to. If you're keen to, you can watch the episode at this link.

So what are people saying about the episode?

I ventured over to reddit because I apparently never learn, and in their typical "worst people on the planet" fashion, they picked it all apart. What format are they playing? Is it EDH? It can't be EDH, at one point Kenny had 2 Elvish Mystics. Why did they use some fake cards and some real ones? Why is the graveyard upside down?

You're missing the point.

The point is that a show like South Park which is famous for getting its episodes out in under a week so that it can be super topical mentioned our card game without mentioning cheaters, buttcracks or virginity. We got off light, you guys. Let's call this one a win.

7 thoughts on “Headin’ On Down To South Park”