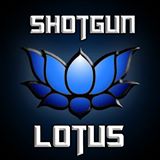 I've been following Randy Buehler's Vintage Super League since its inception. I've written about it before, but I have to say, the production quality gets better and better with each passing week. There's far less delay, fewer awkward silences, and more interesting conversation than there was in the first few weeks, when it was apparent that everything was kind of running on the fly.

Last night, the VSL playoffs began with a few tie-breaking matches to determine the top four. With commentary and play by Luis Scott-Vargas, Randy Buehler, David Williams, Eric Froelich, and Steve Menendian, there's some truly awesome Vintage to behold here. Check it out below, or visit Buehler's YouTube page.

Season two of the Vintage Super League is slated to begin in January. I'm looking forward to seeing who fills in the spot of this season's last-place player, as well as what changes these guys may make to the tournament format or production values. If you want to continue seeing awesome alternative-format tournaments with some of the biggest names in Magic participating, it would behoove you to show your support by checking these videos out.