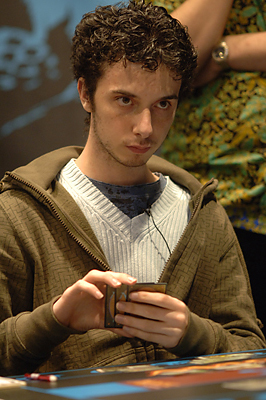 This is a bit of a wall of text, but the following piece was posted to reddit today in defense of disgraced World Champs competitor, Marcio Carvalho.

Hugo is obviously a friend of Marcio's, but I'm not sure that means we need to automatically discount what he says. So what happened? Was it a simple case of shuffling too fast due to the constraints of a team format? Was the card slyly hidden underneath the life pad for later retrieval or to thin the deck? Was it a cheat? No one knows for sure except Carvalho himself, but we do know that a DCI investigation by judges at the event concluded that he be disqualified from the event. I don't know how much more the situation can develop, but what we have seen among the pro community is a lot of infighting and dredging up old transgressions by everyone. I saw the earlier cheat bannings last month as a cleansing fire that rid the community of a few bad apples, including serial cheater Alex Bertoncini and pretender to the Rookie of the Year throne, Jared Boettcher. Now the fire appears to have ignited a few tempers and the pro community is getting burned. Here's hoping the holiday season calms everyone down and even a more-vigilant DCI catches fewer cheaters and it's because fewer people are trying. Keep it clean out there.

13 thoughts on “In Defense of Marcio Carvalho”