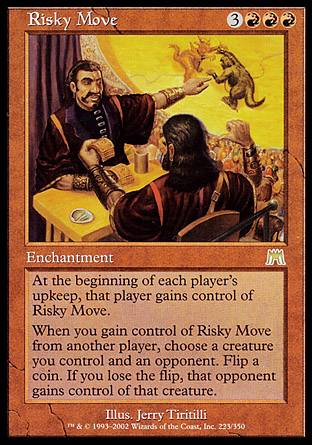 Most players know that the list price on a pack of Magic cards isn't exact. When you consider the fact that you could open a rare or foil worth more than the cost of the pack, in addition to the fact that one can and should only open packs in drafts, thus offering the opportunity to earn prizes in the form of even more packs, then the price of a booster can be trivial...assuming a healthy amount of luck.

That's the problem with $10 packs. If I pay $12 for a draft, open no money rares, and get knocked out in the first round, I'm bummed out, and I feel like my $12 went to waste. That's a small enough amount of money that I won't personally dwell on it for very long, but for some players, especially students, that $12 could represent a large portion of one's Magic budget. 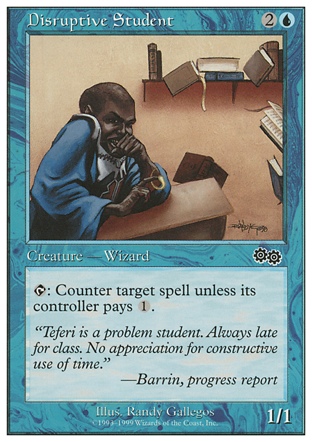 The flipside of the situation is that one could open a plansewalker and win the draft, thus coming out well ahead of the initial investment. Besides the not-worthless monetary value of the fun of playing the game, the potential for gains like this is why we're willing to pay $12 for packs of cardstock with pretty colors and pictures. It's not a huge risk, and even a string of bad luck in five straight drafts will only put you down $60.

Then we get Modern Masters sets. Here we are getting into risky territory even for gainfully employed players. The potential rewards are higher—a foil Tarmogoyf could literally pay one's rent—but so are the risks.

I mentioned yesterday that my LGS charged $40 for single-elimination drafts, and in the four I did, I experienced exactly zero success. A year and a half later, I still remember this, and I can't pretend $160 is something I can just shrug off.

And that's the real risk for players in this trend of increasing booster pack prices for special products. Sure, if you 2-1 most of your drafts and open an average amount of money cards, you can draft the set a whole bunch for free or darn close to it. But when a string of bad luck can wipe out your MTGO ticket stash or your entire Magic budget for the month, that's not cool.

Jason made a good point in his comment on yesterday's article...

...and he's right, the increased supply will lower prices in general. Even the super-limited print run of Modern Masters lowered prices of most cards in that set. But for those of us who just want to draft and don't care about card prices except for how much we can sell them for, a $10 pack feels like a slap in the face, and we can't just wait for those pack prices to go down after supply fills the market, since the opposite is almost certainly going to happen.

You can't blame WOTC for wanting to make more money—it's the whole point of having a for-profit business, after all. But as a rule, the company has always stayed out of the singles market, and the increasing price of Modern Masters sets essentially makes that no longer the case. WOTC has figured out that it can charge more for sets with more powerful cards. What the company does with that knowledge will have a huge impact on the playerbase moving forward. Let's hope the long-term health of the game takes priority over short-term profits.