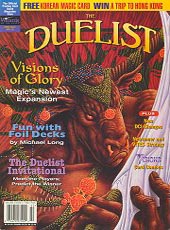 I'm back again with another set of highlights from a classic MTG magazine. This time, The Duelist #15, published in February 1997:

I'm relatively certain that I never read or even saw for sale a copy of The Duelist. The reason I bought Inquest and sometimes Scrye was primarily for the price guides to assist with trading—the actual articles were merely a bonus. Because The Duelist was produced by Wizards of the Coast, a company that has resolutely pretended to not recognize the secondary market, The Duelist (this issue anyway) merely contains checklists to help you complete your collection. No price guide to be found.

Here's another way you can tell this is a magazine produced by WOTC: 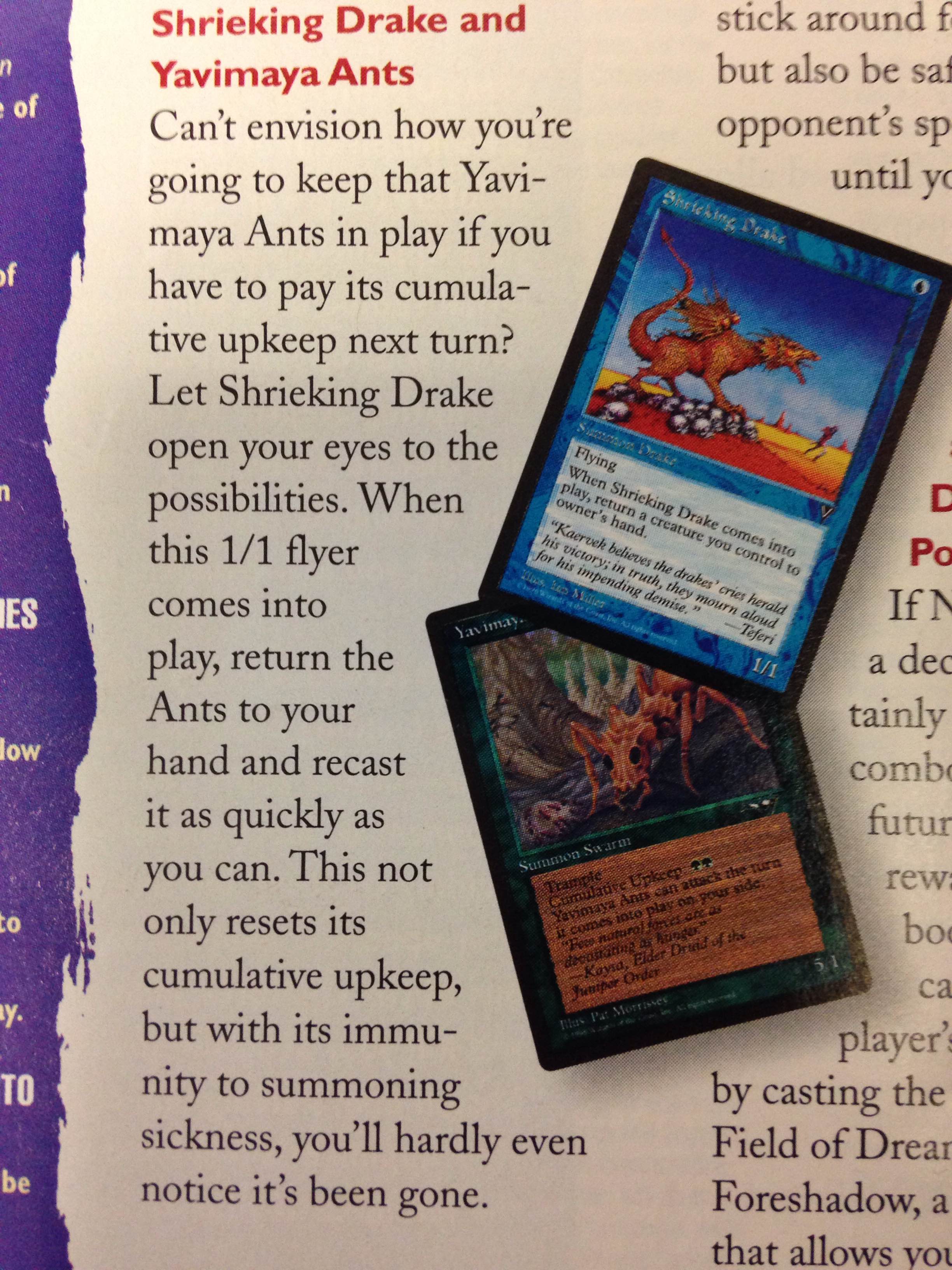 I would say that only a Wizards employee could be so hopelessly optimistic in two bad cards, but then again, we just went through another spoiler season. We all should know how best-case-scenario mentality works by now.

Back in the nineties, I was the most casual of casual players, and I was only vaguely aware of the tournament scene or official formats. I did know about Type II and played the format in a couple LGS tournaments, but I did not know that it was referred to as Standard as far back as 1997. Did you? 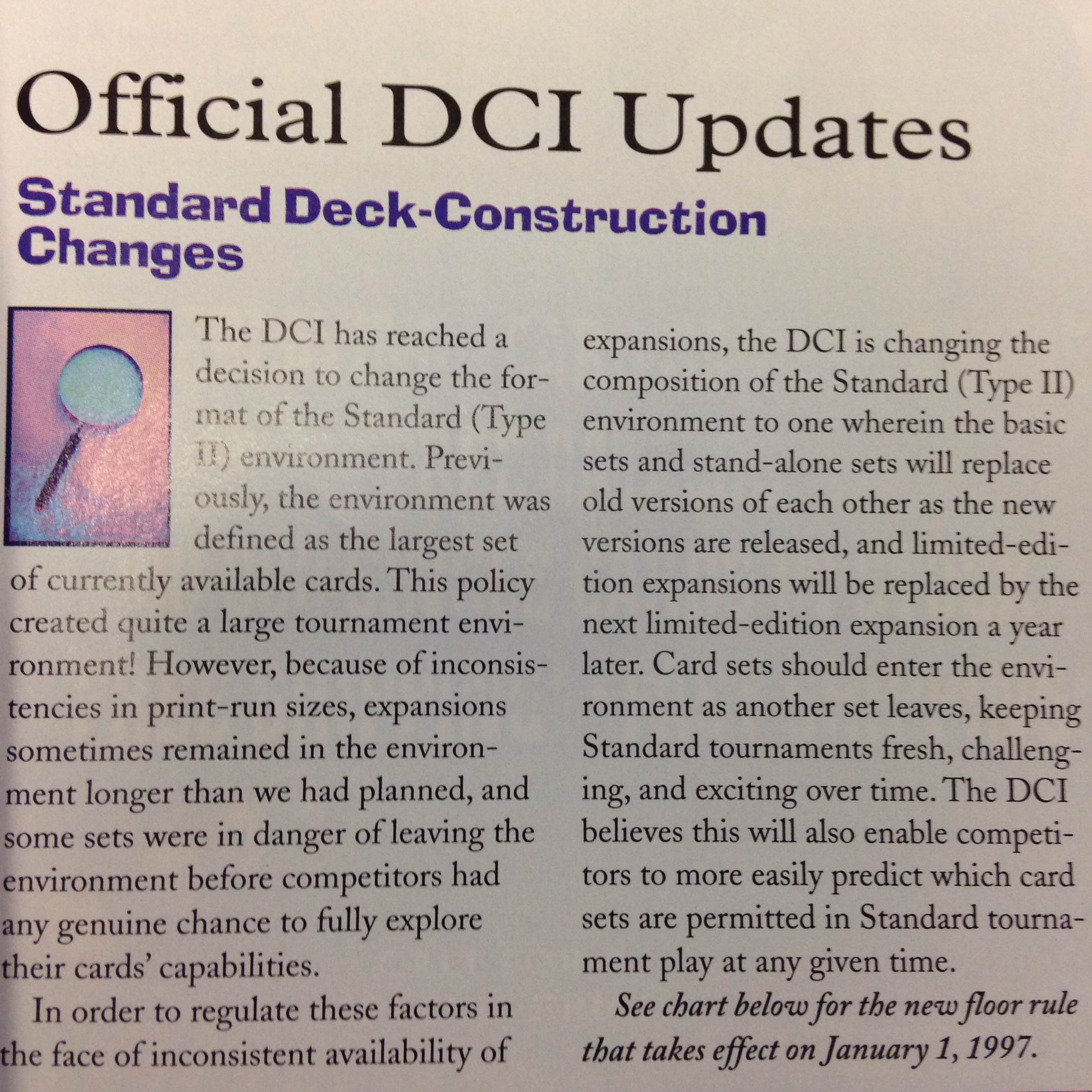 It's also pretty interesting how rotation used to work. How convoluted was it before they reached the current system?

I have heard Mark Rosewater recount this story many times on the Drive to Work podcast, but here's when it was still fresh: 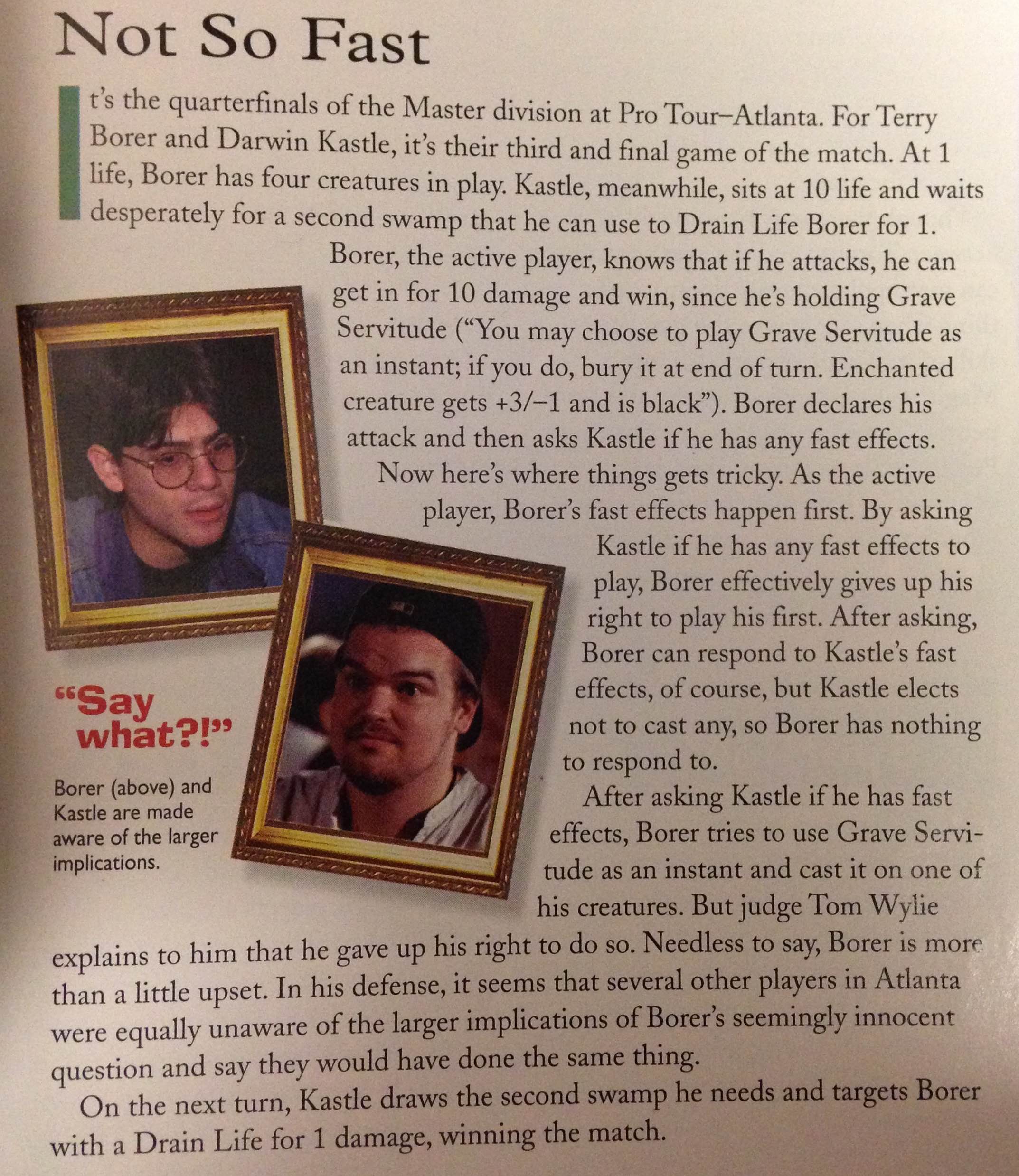 I admit that the only reason I would know this was a correct ruling is because of the very clear priority passing on Magic Online. Considering this was years before MTGO was released, it's not surprising that Borer didn't understand. How does anybody learn how to play Magic properly without MTGO?

And if you thought counterfeiting of Magic cards was a new phenomenon that came about because of the Reserved List, here's some evidence to the contrary: 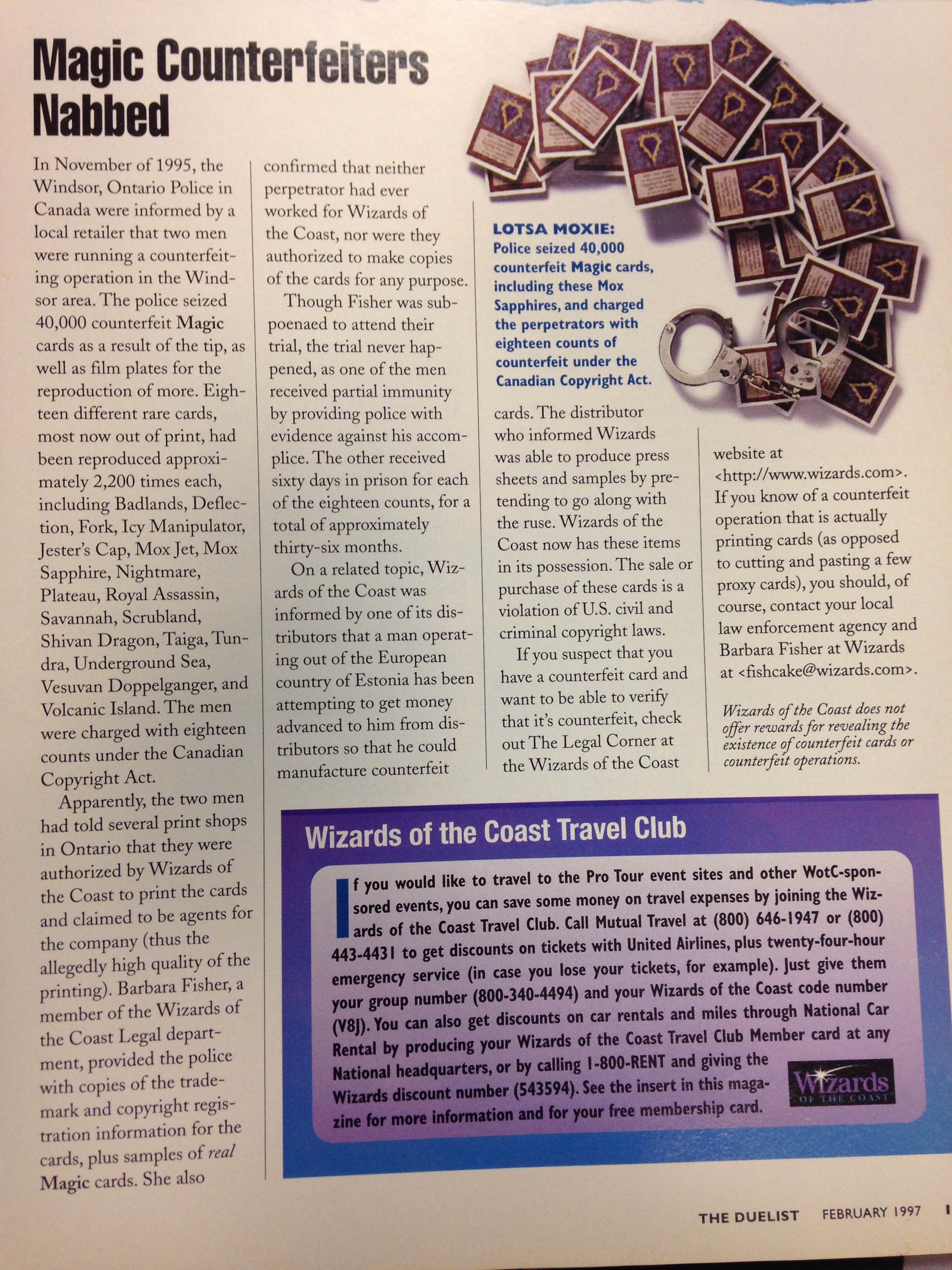 There's some ammunition in your quest to educate the masses, Corbin.

And here's something to make damn sure you know this magazine was printed in the nineties: 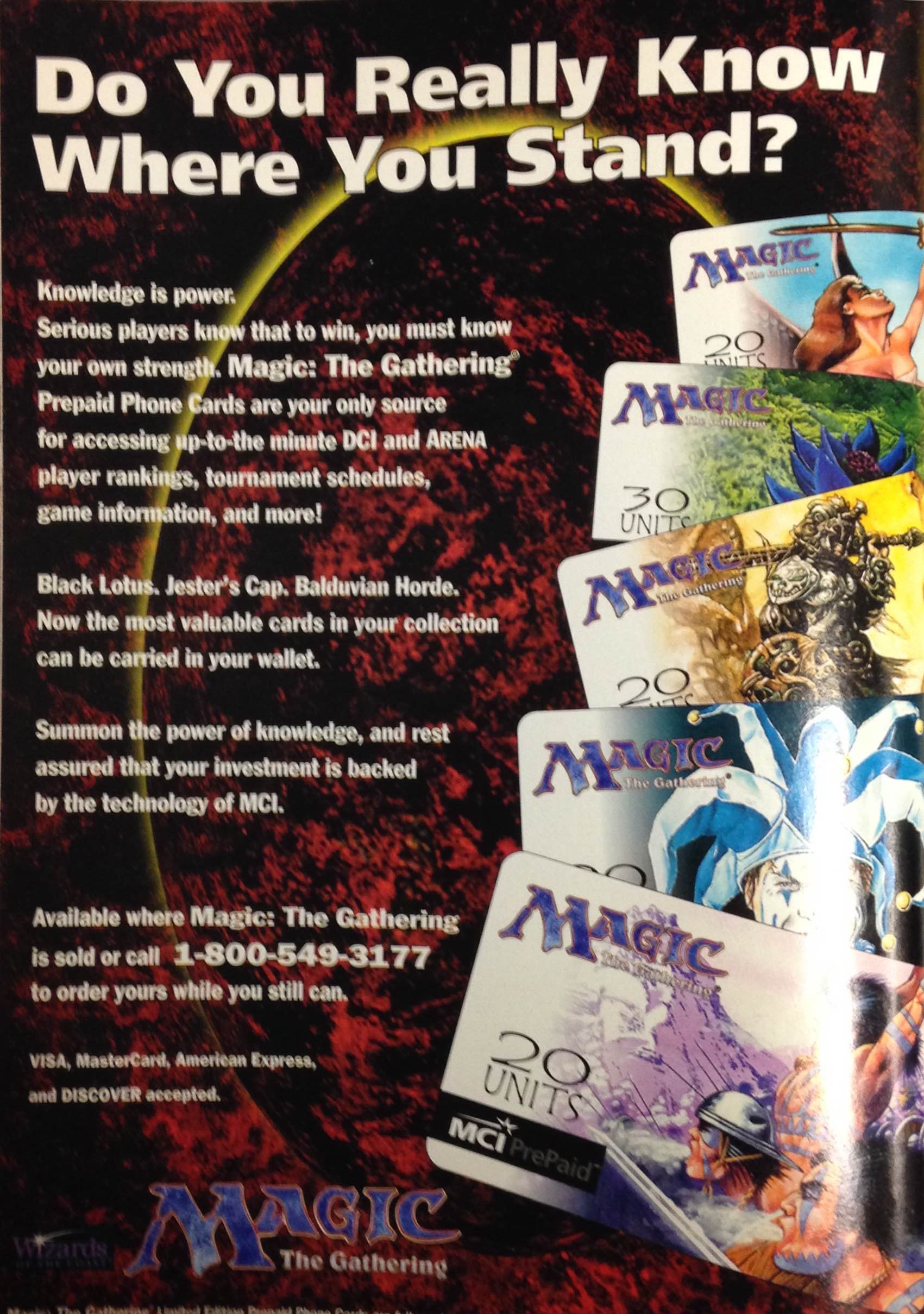 Magic-themed prepaid phone cards. You can't make this stuff up.

Here we have someone  who made a real-life argument asking, "How can Hymn be considered broken?"

And here's a reminder that RDW has changed, man:

It wouldn't be a classic Magic magazine without some classic Magic prices, and even though there's no price guide, there are ads: 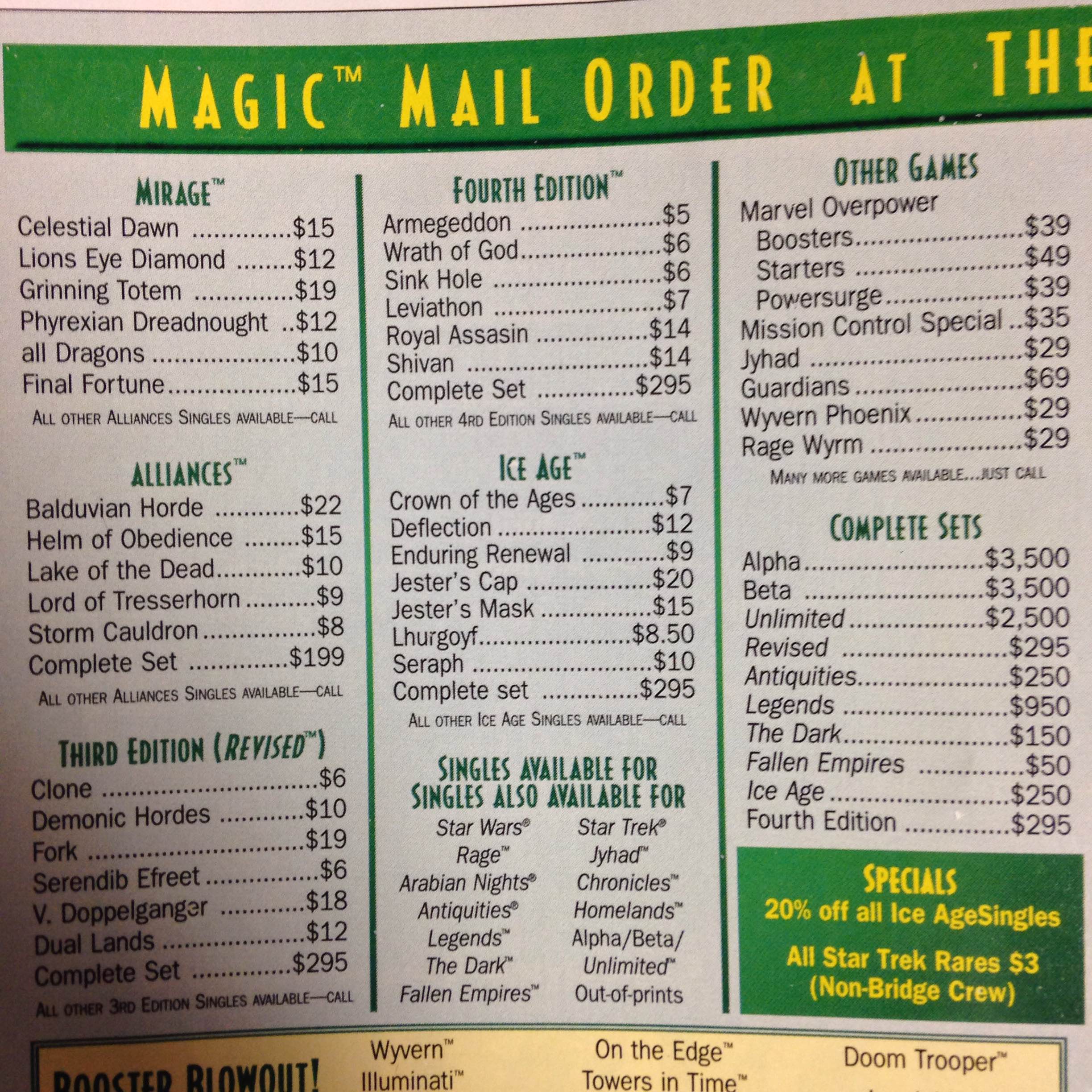 I'm actually surprised Lion's Eye Diamond was at $12, given how bad everyone thought it was at the time. And how would you like to complete a 40-set of dual lands for less than $500? Ah, 1997.

Finally, let's close with a picture of a young Mark Rosewater in jester's garb: 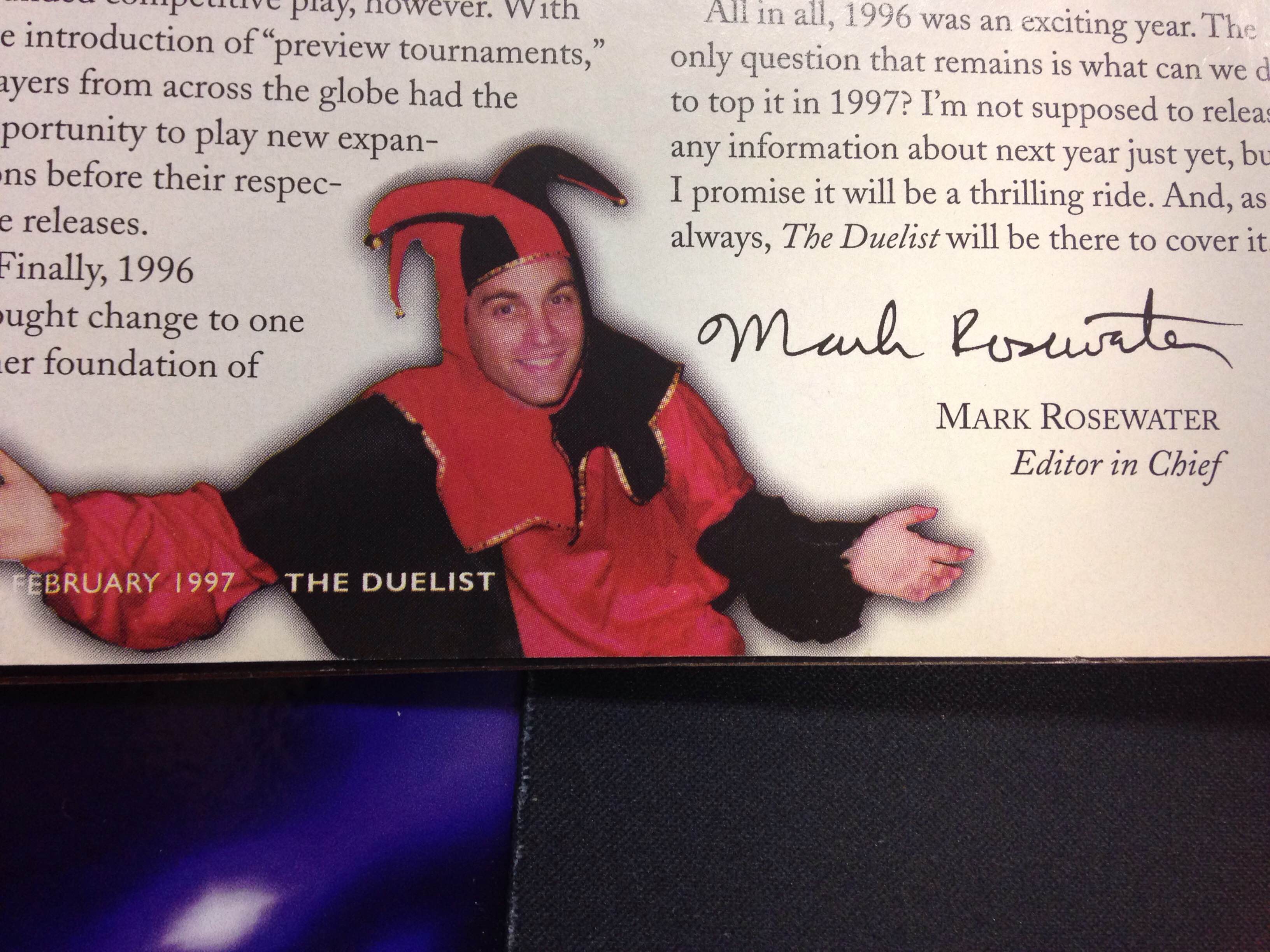 Gooooooooooood stuff. Have a great weekend, everyone!

3 thoughts on “Highlights from The Duelist #15”