Is there anything cooler than Eternal Constructed Magic?

I just got back to the hotel room after a second of two long and grueling days at Eternal Weekend. Though playing back to back ten round tournaments takes its toll there are few things more fun than getting to go non-stop Vintage and Legacy. My quest for Legacy glory got off to a pretty rocky start and didn't end with a money finish, but I redeemed myself by going 8-2 in the Vintage Championship and finishing 9th out of 476 players.

Needless to say I played a lot of old cards this weekend...

First of all, 476 players is a gigantic tournament for Vintage. I think it really shows that the format does have a ton of support and does get played in North America. Nick Coss and Card Titan put on a really quality event and the continued growth each year is a testament to their hard work.

It is a little bit surprising even to me that after a nearly 500 player Vintage tournament that my article isn't going to be about speculating on Vintage cards. First of all, speculating on the good Vintage cards is pretty much a great idea no matter what. All of those cards are on the Reserve List and they're just going to continue to gain in value over time.

So while Eternal Weekend was the most fun I've had playing Magic in ages (other than a team GP), my only regret this weekend is that I didn't make it down Friday afternoon to play in the Old School Magic Championship tournament that was going on. I was shocked to learn that 55 people registered to play in the event! That is crazy big for a casual format.

For those of you who haven't heard about this format yet: Old School Magic is a format where players can only play cards that were printed in sets from Fallen Empires and older and has its own unique banned and restricted list. So it is a unique mix of super powerful cards like Power 9 but none of the new cards to go with them! My friend and Eternal enthusiast Stephen Menendian finished in the Top 4 of the event playing maindeck Serendib Djinn!

While I didn't get to play in the tournament, I did get to watch a few matches and talk with a bunch of people that did play and the feedback was overwhelmingly positive. The format is super fun and people seem to really get into it.

One of the weird things about the format is that there are a bunch of pockets of players all over the world who play by different rules and banlists. However, I think that as the format becomes more popular there will be a move toward standardized rules for deck construction. When and if this happens (which I believe it will), I think there is an opportunity to cash in by buying some of the format staple cards early.

I think one of the spiciest speculation targets that comes out of the Old School Magic tournament (sometimes called "1994 Magic") at Eternal Weekend is Collectors Edition and International Edition 1994 staples. In particular, I'm interested in picking up Power 9 from these editions because they are considerably cheaper. While these editions are not legal in every Old School group, I believe that as the format standardizes that there will be a push toward allowing these cards worldwide.

These versions can be found for less that $100 per card and if there is new interest they could easily double. They are already collectors items and if there is literally anywhere that people can use these Power 9 cards there is a great chance they will go up.

I also have it on good authority from people who are "in the know" about 1994 that allowing Collectors Edition and International Edition is something that is in the future for that format. So, I strongly recommend trying to get into these cards on the cheap if possible.

Here is a really unique card that is a staple of the format. It is actually legal in 1994 and it's easily one of the best cards in the format. While minty Beta versions of the card may be a little bit pricey to invest in, I think that beat-up Unlimited and Collectors Edition copies could be really great investments. If the exposure that the event gave the format attracts any substantial number of new players there will be a much larger demand for these cards. 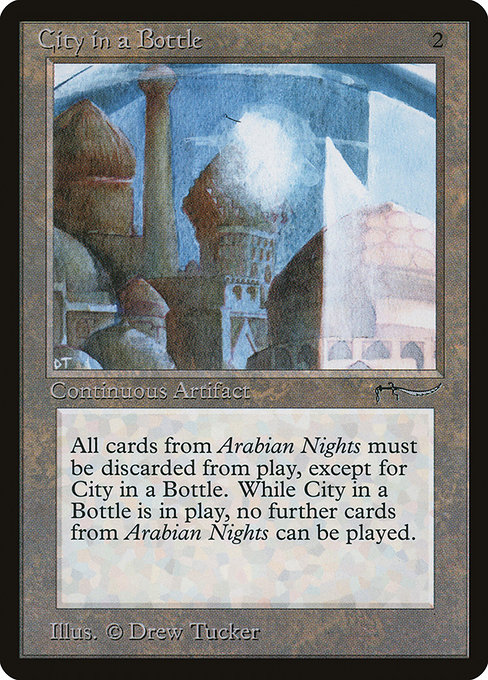 Yeah, that is what City in a Bottle does in 1994. Many of the most important and powerful cards in the format are from Arabian Nights and so this card is crazy good: Kird Ape, Serendib Efreet, Library of Alexandria and Juzám Djinn, just to name a few. 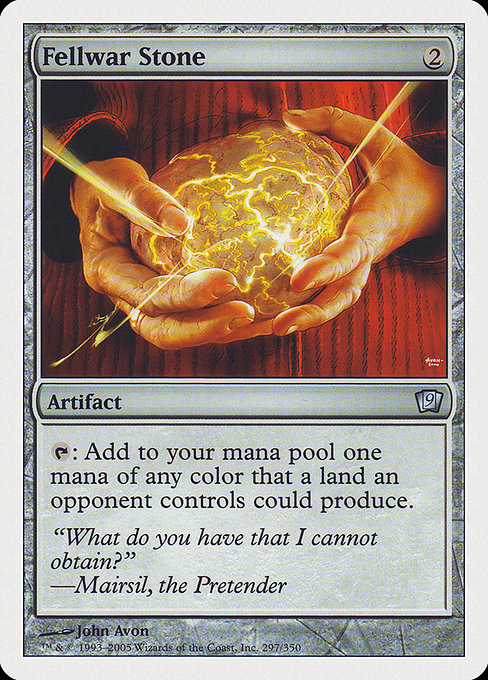 Fellwar Stone is a random mana rock from The Dark that is actually pretty darn good. Aside from the Moxes and Sol Ring there's not a ton of good artifact mana in the first few sets. I know, I know, weird statement "besides for the best artifact mana ever." The cool thing about Fellwar Stone is that since most of the decks are multicolor it really is a mana fixer. If your opponent has a City of Brass your Fellwar Stone taps for every color!

One thing to keep in mind is that most Old School Magic tournaments do not allow new cardface cards. So, you'll want to make sure you pick up the old ones from The Dark. I also noticed that SCG is currently sold out of every copy of this card, which is typically a sign that it's primed to jump in value. 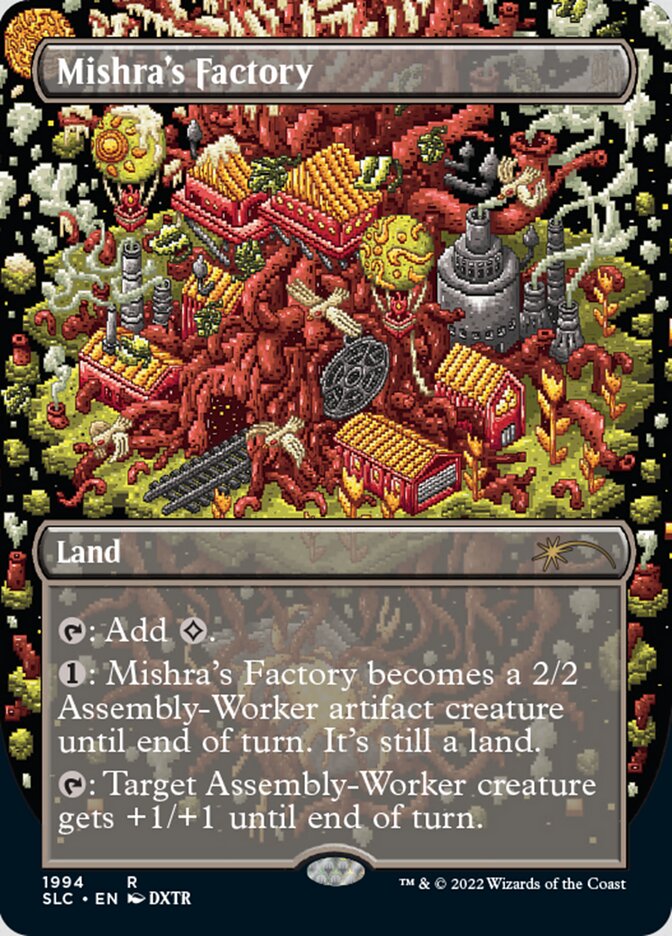 Mishra's Factory is one of the best land cards ever printed. I just got done playing 10 rounds with a Vintage deck that played four and I'll likely be sleeving up four copies in Legacy next time as well. Old School is no exception--I'm pretty sure that whatever deck I played, I'd want to use four copies. I think most people would be on the same plan.

I really like Antiquities copies of this card as a speculation target. They seem relatively cheap for how good the card is and how much it actually sees play. The card is Vintage- and Legacy-playable already--in 1994 Magic it really puts the emphasis on having "old" cards for style points.

I wrote about Mishra's Factory from Antiquities a few weeks ago as a generic old card that seemed underpriced for how good it was and this is just another reason why I love the card.

It is a good, old card--a winning combination for gaining and maintaining value.

One thought on “Insider: Speculating on Eternal”