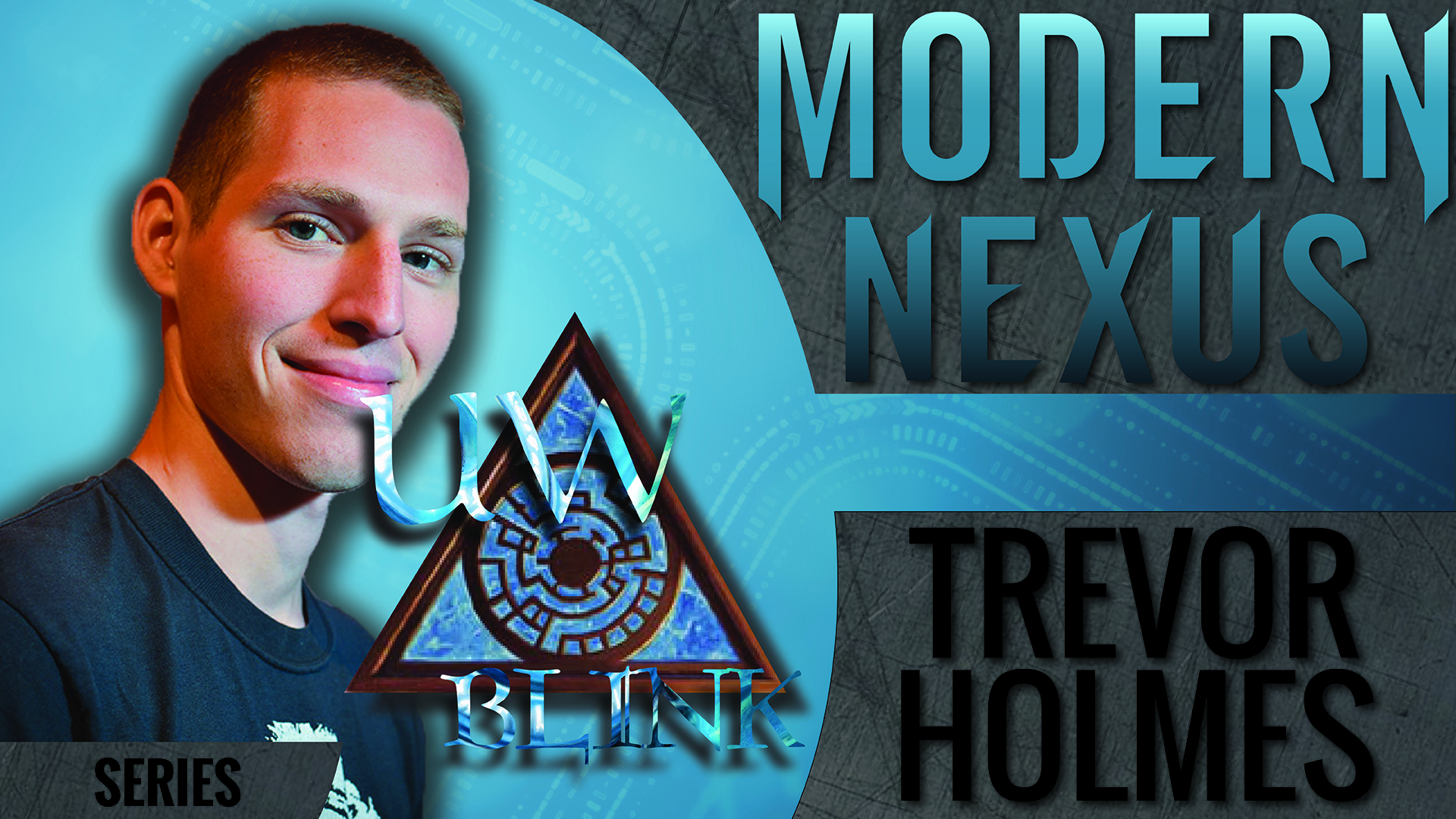 Hey guys! Welcome to Episode 2 of our Modern Nexus Video Series, where we pick a sweet list and run it through some matches on Magic Online. This week we have Phil Silberman’s 1st Place  UW Blink deck from the SCG Premier IQ in Milwaukee.

For those viewers that offered suggestions on article format last week, expect those changes to go into effect in next week’s series. Also, let me know if you prefer live commentary or Play By Play analysis of recorded games (using MTGO’s replay tool). This week I chose to keep with the live commentary format we introduced last week (as I feel it provides more fluid, in the moment analysis) but I have heard interest regarding the alternative. Let me know!

So obviously, countering the Violent Outburst was wrong. I make mistakes, and the evidence is available for the world to see. I have failed you all. This is proof that I (1) have no shame, and (2) don’t cherrypick my videos. Hopefully next round will be better!

That’s more like it! Burn seems like a great matchup, and getting to cast Meddling Mage and then return it with Ojutai's Command felt pretty sweet. I definitely feel like this matchup can swing in Burn’s advantage if we end up cutting Dispels, so I would highly suggest keeping them no matter what. It’s been this way for a few weeks now, but in my opinion Dispelis currently the best Blue card in Modern. Play four if you can!

My opponent was unresponsive, which had me worried, but I hacked into his webcam to make sure he was alright. I think we’ll let him rest. I love free wins, but so you guys don’t feel cheated we’ll throw in another video at the end.

It’s fitting that we make the finals with a deck that keeps surprising me when it makes the finals of real life events. Maybe Phil’s opponents all fell asleep across the table from him as well? If there was ever a deck that would put someone to sleep, I guess it would be this, so the pieces are starting to come together…

Merfolk seems like a rough matchup, and U/W seems like a deck that has difficulty recovering from stumbling. While the overall record for this series wasn't very exciting, I still think the gameplay was worth watching, as this deck plays differently than many other decks in the format and I'm starting to believe that a lot of its' success is due to people playing wrong against it.

Thanks for watching! As we discussed in the videos, UW Blink has some issues and weak spots in the format, but is capable of fun, powerful things. Disregard it at your own risk, this deck keeps putting up results! How many Top 8’s will it take to put it on the map in your mind? Let me know what you think in the comments, and feel free to shoot me some suggestions for next week’s videos!