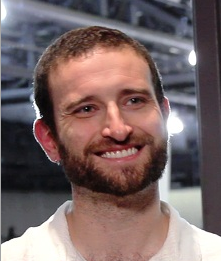 It's not every day you get to chat with two of the best Magic players around, but today's not just "every day", it's Pro Tour Friday! I've composed a suite of 5 short questions that Pros can quickly answer in between rounds, which I think will give us a great snapshot of what the best of the best are thinking coming into this weekend.  Here's a run-down of what they said*.

First, what's your favorite BFZ card and why?

Jon: The new Dual Lands. BFZ is a weak set overall, and they enable so many decks because your mana base is very flexible.

Craig: Gideon, Ally of Zendikar, especially in white aggro decks.  All 3 modes are relevant and useful at different stages of the game. Glorious Anthem for your team is always great, attacking with a 5/5 after getting your board wiped is great, and making 2/2s on an empty board is also excellent.

What card do you hope you don't have to play against this weekend?

Jon: No specific card, but control decks in general.

Craig: Languish, its the kind of card that kills all my guys and forces a reset at a point in the game where the Languish deck is better suited to play against an empty board.

Are there any cards that surprised you or your team in testing, either by over- or under-performing?

Jon: No.  The decks are all very similar to pre-rotation decks.

Craig: Silkwrap outperformed expectations.  It deals with many of the best cards very efficiently.

Jon: In Constructed, Smothering Abomination, but I'm not sure he has a home in a deck yet.  In Draft, Dampening Pulse.

Craig: Retreat to Emeria - It can take over a game and it's not on anyone's radar.

In a few words, what is the key to BFZ Standard?

Thanks to Jon and Craig for their time this Friday!  You can expect many more of these throughout the weekend as we continue our live on-site coverage of Pro Tour: Battle for Zendikar, only for QS Insiders!

* These are paraphrased answers, not exact quotes, but they accurately represent what was said!