Several months ago I purged my MTGO account of rotating cards and parked some of those tix into specs. My random acquisition of Temple of Epiphany yielded results that I wasn't anticipating, so I had a good chunk of tix to toss around.

Leading up to Battle for Zendikar's release online I had a feeling that I wanted to play Dark Jeskai. As such, I bought into Jace, Vryn's Prodigy // Jace, Telepath Unbound at 40 tix with the intent of picking up Gideons later.

I figured Jace had room to grow from 40, but ultimately I ended up selling when they hit 70. I didn't see that number as sustainable, so instead of going deeper into Dark Jeskai I invested in the true dark side and built myself an Abzan deck. I still needed to pick up Gideons, but they were a freeroll from the Jace buy.

Abzan wouldn't normally be my style, as evidenced by my never playing the deck when it was the actual best deck. The story above wasn't meant to be a brag, so much as an introduction to my foray with Rhinos and current Standard.

My list is pretty close to the deck that won the PT, with the "fanciest" change adding a 27th land in a world of 26. I'm not saying four Shambling Vent is an exciting element of the deck, but I will say that missing land drops with Abzan is terrible and having four manlands helps mitigate flood.

The major thing I've learned about Standard since I picked up Abzan is that Ojutai's Command is in every way a defining card of this format. If you don't respect it, you'll allow Jeskai and Esper decks to bury you in card advantage.

Alternatively, if you show up mentally and technologically prepared, you can really burn players intent on just leaving up four mana. Again, Shambling Vent isn't super exciting, but attacking for two is better than getting your creature spell Cryptic Commanded.

The real heroes of Standard though, are Duress and Dispel. 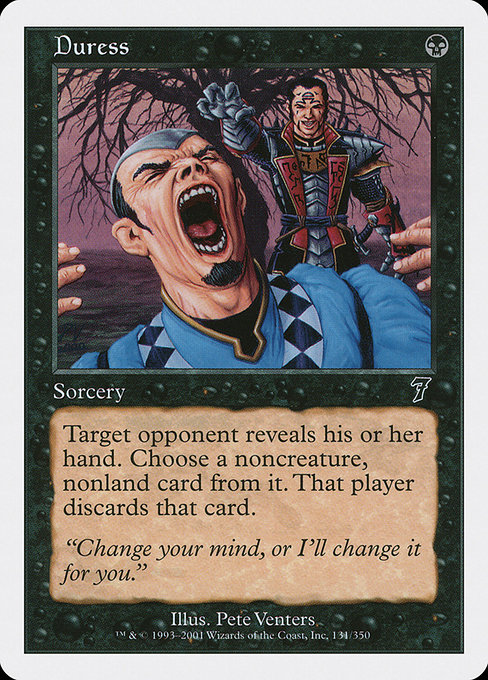 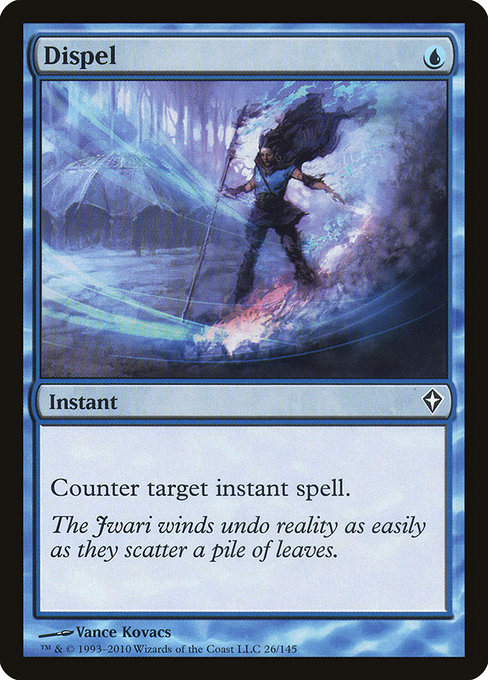 Many decks are splashing blue just to sideboard Dispels, and four copies of Duress is a no-brainer in Abzan sideboards.

Gideon is another natural predator of Ojutai's Command. The combination of manlands, good hate, and Gideons everywhere is what locked Dark Jeskai out of the GP Indianapolis Top 8.

I was amazed at how easy it has been to play around Dark Jeskai's tricks with a stock Abzan deck, and I imagine the deck will need to adapt to survive. Minimally, a strategy that matches up better against planeswalkers will be essential for Jeskai to return to its status as top dog.

Esper was able to top-eight despite being a different Ojutai's Command deck, and a big part of this stems from Esper's commitment to haymakers and catch-alls.

Jeskai was the big story going into the weekend, and LSV even saw a 10-0 start with the deck. But it's looking like Abzan and Esper are putting significant pressure on Jeskai to adapt or die.

SCG and the Future of Legacy

Legacy took a hit with last year's changes, but this year's updates are considerably worse for the format. Legacy has a long way to go before it hits Vintage status, and there will still be demand for dual lands and older staples, but I expect Legacy's impact on card values to drop off significantly going forward.

Without a well-supported circuit and Legacy Invitationals, you simply won't see as many new Legacy players. As such, a significant source of demand for cards like Deathrite Shaman is no longer a factor with regard to the card's price trajectory.

I'm not here to report that the sky is falling, but rather to provide some food for thought.

Star City Games, for as big as they are, doesn't have the power to raise the price on every Magic card. In order to raise the prices on Standard staples they would need to consistently buy an extremely high volume of cards from a lot of sources at aggressive prices.

That said, they have historically played a significant role in impacting the prices of Legacy staples. This has happened both directly through high buylist prices, and indirectly through holding large Legacy events.

A lot of legwork is involved in buying out every copy of Siege Rhino in the world listed under a certain price, but a stack of money and a high enough buy price will dry up the supply of Tundra pretty quickly.

Individual sellers also have more difficulty entering the dual land market, due in no small part to concern about counterfeiting. I know that I get skeptical when a price is too good and/or a seller too unknown.

For these reasons, it's much easier for a company as large as SCG to impact the Legacy market than the Standard market, and indeed Legacy prices have been impacted by SCG for years.

The good news for owners of Legacy staples is that price memory is a very powerful force. Volcanic Island isn't just going to plummet immediately, partly for this reason. There is also demand for many Legacy cards from EDH and Cubes, but the impact here will be real, and will be felt by anybody trying to sell on the Legacy market.

As a player, I really hope that SCG revises these changes. I was excited to see Dig Through Time banned, and fewer Legacy Opens is the last thing that I wanted to see. I can only hope that Legacy will continue to be supported locally and through the IQ program.

As a vendor and speculator, there's going to be some wait-and-see with these changes, but for now I just can't imagine aggressively chasing Legacy staples.

On the other side of things, I don't see this as a reason to sell out of Legacy by any means. Even if prices dip over the next year, it's not like Vintage prices are sustained by a thriving national tournament circuit. Dual lands aren't as rare as power, but they are rare.

I wouldn't recommend selling in a panic, and I wouldn't mind picking up staples from somebody desperate to sell. It ain't pretty, but this isn't the end.