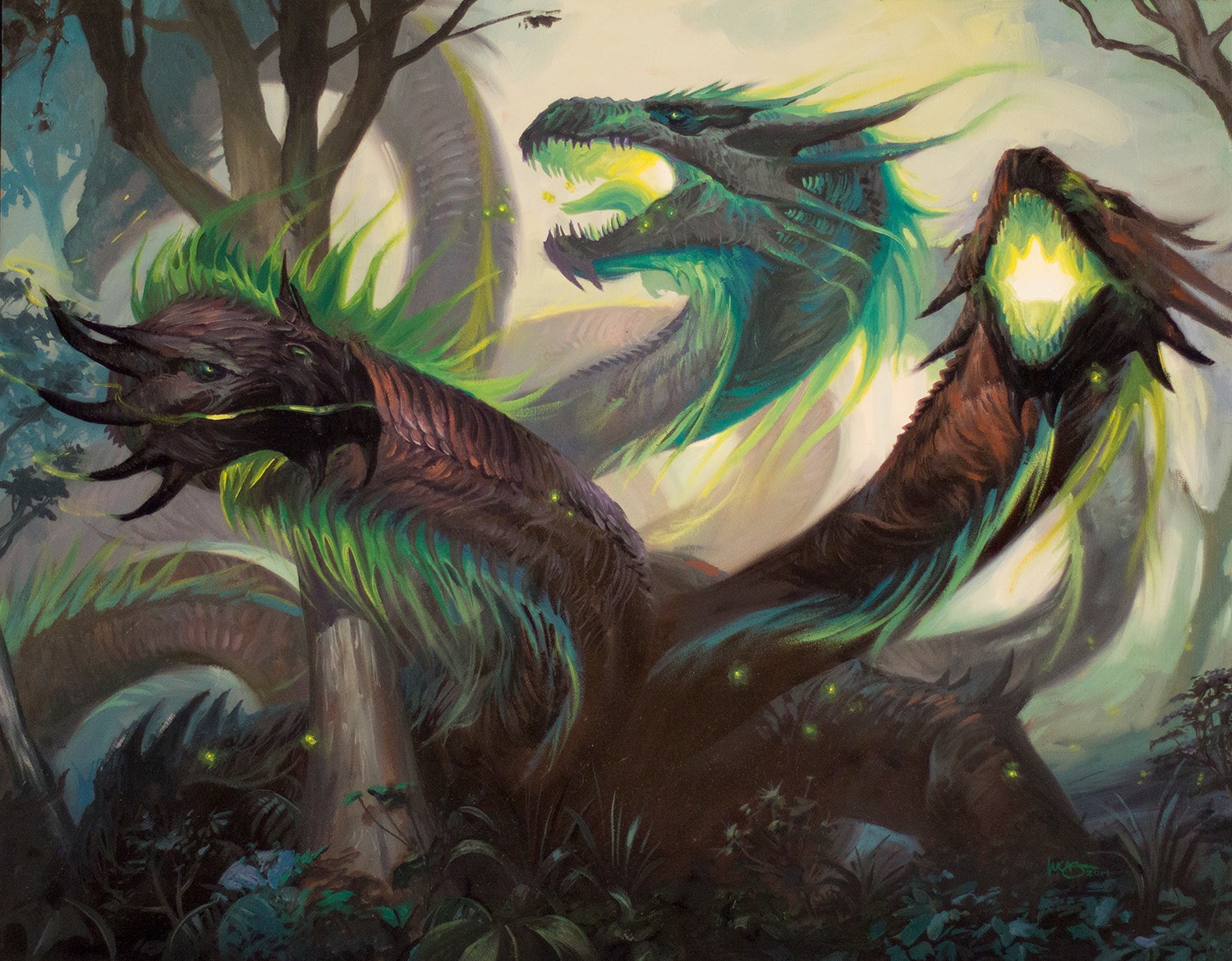 Hardened Scales was immediately a card that got casual players excited, and when Hangarback Walker hit the scene it even got a lot of buzz in a Pro Tour deck designed by Yuuya Watanabe! The deck was capable of some explosive starts, though ultimately Selesnya creature decks rarely become the dominant decks in any format. This weekend, Luis-Scott Vargas bat-signaled for 20 copies of Abzan Falconer on Twitter, which made it clear that some strong players would be playing Scales in GP Houston. Here's the list that Chapman Sim took to a Top 8 berth:

The gameplan is to hit hard and fast, with Hardened Scales and Managorger Hydra combining to generate huge amounts of trample damage. A cute trick with these cards is the ability to play either of the X mana creatures at 0 to just die immediately while placing counters on your hydras. Nissa Voice of Zendikar slots really well here, as it either enables you to completely outclass your opponent's board, or to generate tokens and build up towards a dominant board presence.

The sideboard has a host of options for combating both removal-heavy decks and decks looking to race, though those aren't the primary concern in Standard. The big weakness for this deck is going to be Reflector Mage. The three Hallowed Moonlight in the sideboard help to combat Rally the Ancestors, though in many games the Rally deck will be able to Duress and tempo you out of the game.

The deck looks solid otherwise, and I imagine it's a blast for battling in FNMs, and it obviously Top 8'd the Grand Prix, though if you want to bring it to such a competitive event I would come up with a new plan for that matchup, or at least acknowledge that winning there will be a struggle for you.