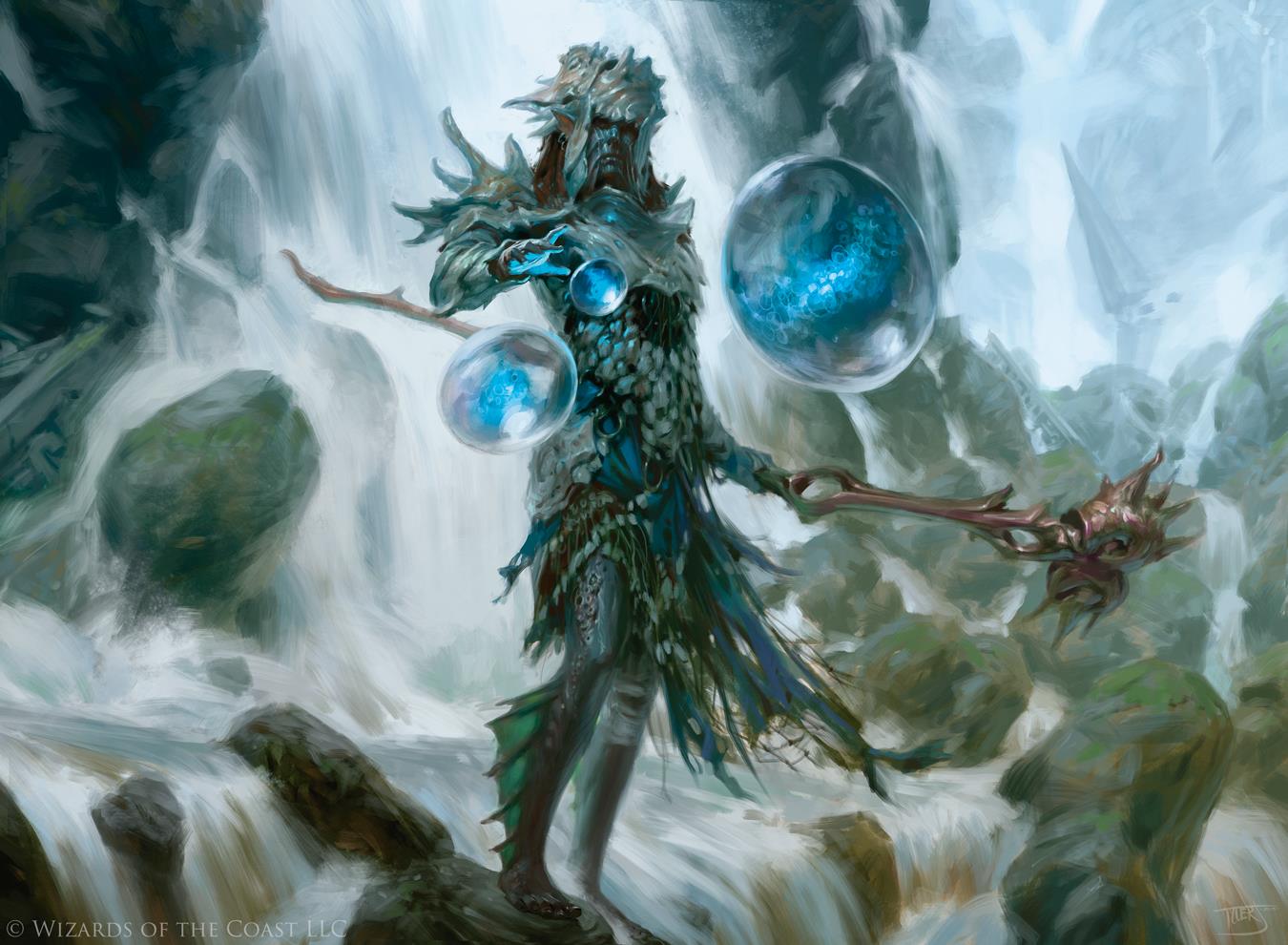 Welcome back readers! I'm currently reading a book called Superforecasting: The Art and Science of Prediction by Philip E. Tetlock and Dan Gardner. The book is pretty fascinating. I got the name from one of our forum members who posted that he was reading it as well (unfortunately I can't remember exactly which person posted it). 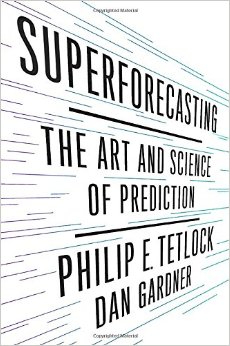 To begin with I'll give you a little background information. Mr. Tetlock is currently a professor at the University of Pennsylvania. He started the Good Judgement Project (GJP) back in 1984, in which a small group of people make predictions (forecasts) about potential future events.

The project received a lot of media attention when he was called on to participate in a challenge set forth by Intelligence Advanced Research Projects Activity (IARPA). The people in The Good Judgement Project forecasted better than many of the government analysts who had access to classified (and thus additional) information.

The people in his project only had access to the same information we all do, but he found that his best forecasters had a lot of similar traits. Those were:

So why did I bring all this up? We speculate a lot on this site, but we rarely forecast. One of the big challenges with forecasting is that it can't be open-ended with regards to a time scale. In order to properly forecast we need to have a specific(-ish) end date.

Let's use a simple example to illustrate. We want to answer the following question:

Will the average price of Tarmogoyf drop to $125 within the next year?

Let's break it down into additional questions.

Now obviously we may be limited in how deep we can go on some of these, but I wanted to make sure to show you just how deep you might want to go in order to achieve the best possible forecast solution.

We'll likely want to focus on #1 and #2 above as I don't have the background (nor the time) to properly break down #3. I won't cover #2 in detail, but I will allude to it while going through #1.

This one is entirely possible. We've seen Tarmogoyf in both Modern Masters printings and he's still in the $140 range. In both Modern Masters sets he was printed at mythic rare, which given the power level of cards in Modern makes perfect sense. This may not translate to Eternal Masters, however, and he could easily be printed at rare.

The first round of the Conspiracy set also seemed to lag in sales (at least judging by the amount of product left collecting dust on our local store shelves). One primary problem was that there were no real Modern chase cards and Modern was picking up steam. If WoTC were to sneak him into the set it would help boost sales, and his power level would still be acceptable in a multiplayer format without a lot of deck manipulation or ways to fill the graveyard.

How did I get these numbers? They are basically educated guesses. In coming up with these numbers I considered the following.

Given Tarmogoyf has shown up in all previous iterations of Masters sets, and given his continual demand (it's the most expensive card in Modern) it makes sense to keep printing him until his price finally drops. One complaint against Modern as a format is that while it is supposed to be a cheaper alternative to Legacy, the cost of a typical deck is quickly catching up to the cost of a Legacy deck four years ago. Wizards wants to rectify this.

The 60% rare vs. mythic split is based on an assumption that power level in the respective format affects rarity. In Modern Goyf is one of the single-most powerful cards. In eternal formats there are much more exciting, "mythic-feeling" cards to occupy those slots, and Tarmogoyf may be relegated to second-class status.

But, as I don't know how concerned WoTC is with dropping the price of Tarmogoyf, I can't say this with too much certainty. Hence the slight imbalance of 60/40.

If he were to show up in Conspiracy 2, he would almost assuredly need to be mythic. Conspiracy had a much larger print run than either Modern Masters set before it and introducing too many copies will tank the price and erode consumer confidence.

2. A better card being printed

This one is a bit less likely. WoTC has been rather careful with eternal-playable two-drops in the past few years. We got Young Pyromancer, which is definitely good, but WoTC didn't feel the need to make it rare or mythic on power level alone.

The problem is that WoTC has been knowingly pushing the power level of creatures for a while. While this might imply that a better card will be printed, keep in mind WoTC puts a lot more effort into balancing the Standard format than they used to. Back in the days of Future Sight, decks splashed green just for Tarmogoyf and that doesn't lead to a very diverse format.

I would argue they have already printed a better creature than Tarmogoyf in Monastery Mentor, but it's a three-drop that requires playing a lot of non-creature spells. Tarmogoyf wins when compared to how much your deck needs to be built around it, but Mentor can win a lot faster and also generates card advantage.

Given their track record I wouldn't put the probability of this occurring very high---maybe 5-10% even with six sets coming out within the time frame. I came up with this number because Future Sight released May 2007 and there have been 35 Standard-legal sets released afterwards, none of which had a green creature better than Tarmogoyf.

Of course what makes Tarmogoyf so good is that you get to "set and forget" him and he grows in power as you progress your intended game state. He doesn't require additional outlets/efforts like, say, Scavenging Ooze, which I feel is the closest competitor to him, and because of this the likelihood of a better version seems particularly low.

3. Reduction in the interest of playing green cards

This actually may not be too far off. Thanks to the power level of the colorless Eldrazi decks in Modern, they can ramp out a 5/5 with trample, haste and psuedo-protection on the same turn one can drop a Tarmogoyf. We have seen the format warp around this archetype recently, though many expect it'll suffer from a banning in April (I'm in that camp too).

However, if it doesn't then a lot of players will likely put away their Tarmogoyfs and just play Eldrazi. If so, it makes sense that demand for the card drops as does the price. Since our price forecast is only about a 10% reduction in its current price this could easily occur with continual Eldrazi dominance.

Given we're already seeing this, the probability it will occur is nearly 100%---however the probability that WoTC does nothing is inversely low, maybe 10%-15%. I came up with these numbers based on the fact that it seems abundantly obvious from the player perspective that WoTC needs to act, but their past history with MTGO issues shows that they can be a bit slow at times.

I don't think this is one of those times, but thanks to that history I feel the likelihood is a little bit higher than, say, printing a better Tarmogoyf.

4. Reduction in interest in Modern

This one actually carries over from the last issue. With the current Eldrazi decks winning very quickly and consistently there are plenty of players who are hanging up their hat and awaiting a banning. I've heard of plenty of players (both pros and local) that are skipping Modern tournaments because they don't want to "join 'em" and they are having a difficult time "beating 'em."

Now WoTC will definitely take notice of this problem and if it persists it will likely be the reasoning behind any bans. However, if they are slow to react we could easily see Modern demand continue to drop until that time.

As stated above, I feel like we're already seeing this a bit. However, thanks to the preponderance of cards in the Eldrazi decks coming from the latest set, it's still reasonably cheap to assemble.

Again, I see WoTC's chances of doing something about the Eldrazi menace as 85-90% likely to happen, so inversely this is only a 10-15% likelihood. See the same logical reason as #3.

Prior to Oath of the Gatewatch, a mono-black Eldrazi deck had already started to find a home in Modern. This deck had maindeck Relic of Progenitus and some had maindeck Nihil Spellbomb. If these types of cards start seeing a lot of play, poor Tarmogoyf looks awfully bad as a card choice.

This archetype has since morphed into the post-Oath Eldrazi decks we're now seeing, so these cards have been relegated back to the sideboard, but the archetype did exist and proved to be decent. I would expect a similar problem if Modern got a Helm of Obedience-style card to combo with Rest in Peace.

As a Legacy Miracles player, I can tell you, while maindeck Rest in Peace is sometimes a dead card it actually hoses a lot of strategies and cards (Snapcaster Mage, Tarmogoyf, Dredge decks, Reanimation decks, Nimble Mongoose, Deathrite Shaman, etc.). And it feels dirty when you do play against a deck that utilizes the yard and isn't expecting to get hosed game one.

The probability of this one is actually pretty even. There is enough graveyard synergy in Modern that playing maindeck hate isn't out of the question. I put this one at a 50/50 shot.

Now that I've set my forecasts (and the reasoning behind my decisions) I'll update them accordingly as I receive new information. While there is a logical method to forecasting, in the end it's important to understand that we have to make our forecasts without perfect information (otherwise it would be omnipotence and not forecasting).

I plan on turning this into a series of articles using the principles I learned from the book. Let me know what you think in the comments!

One thought on “Insider: Forecasting in the Magic Market”