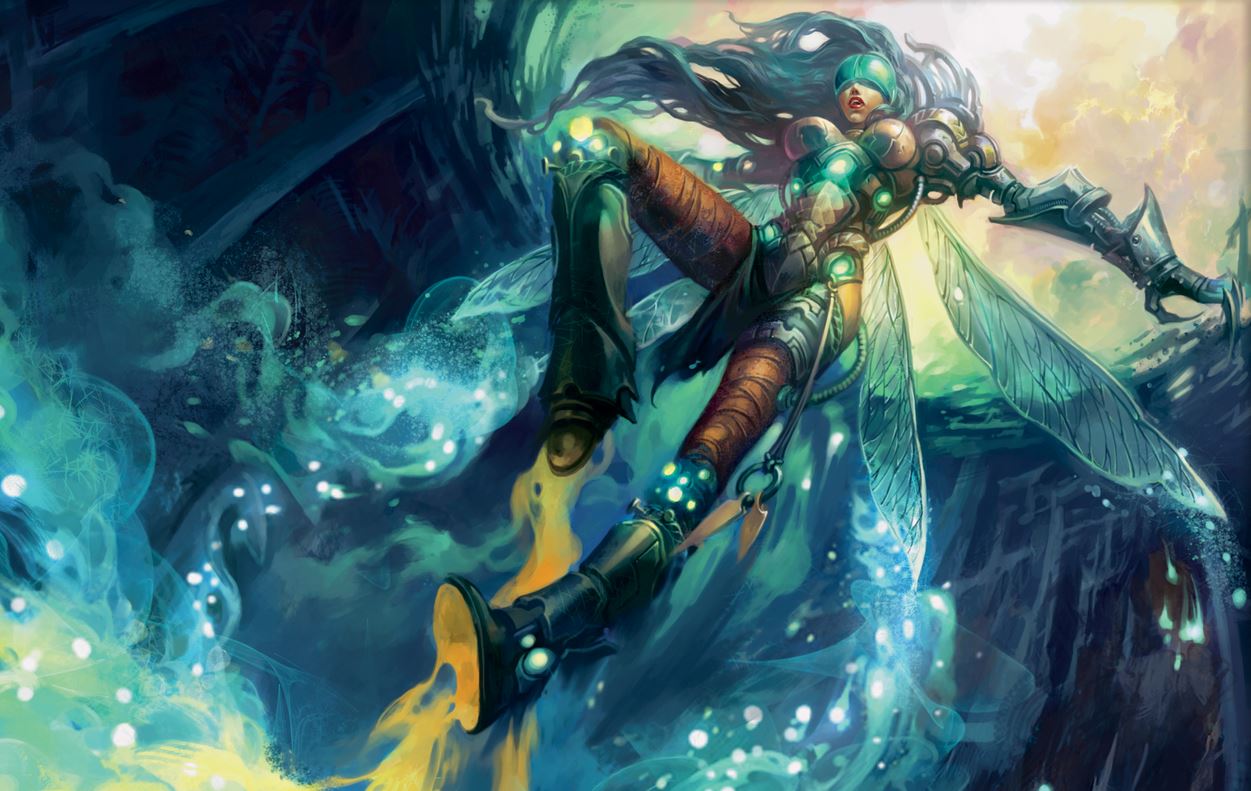 This series is designed for the player or speculator looking to build their collection, with a particular focus on Eternal Masters (EMA).

We are emerging from the market trough created by the Shadows over Innistrad release. As expected, the Modern and Legacy indexes dropped by about 10% during the liquidity crunch that accompanies all releases. These losses were concentrated in fringe Modern and Legacy playables and in cards pending flashback, including Time Spiral block favorites like Tarmogoyf and Pendelhaven.

Last week we made a few picks to take advantage of depressed prices in Modern staples that are likely to rebound. These have already performed well. We continue to bank on the hypothesis, articulated well by Matthew Lewis, that the Modern metagame will remain diverse and that "eventually every deck will have its day in the sun as the metagame stops preparing for it."

Legacy offers some good pickups too, but I have generally steered clear since the risk of reprint in EMA is much higher.

EMA will soon be here and as cards are announced it will shake up the market. According to Experts on the Internet (Reddit forums, which should be taken with a grain of salt), EMA previews will start May 23. However, it's possible they will preview a card or two during the Magic Online Championship this weekend.

As noted in my first article in this series, EMA will create upward pressure on any Legacy staples not reprinted. And we know no Reserved List cards will be reprinted. That was the basis for the first basket we picked, which made nice gains until SOI release set them back.

The good news is that if you missed the train on these the first time around, it's at the station again. You've missed the floor, but there is still good room for growth on cards that lost 10-20% from their pre-SOI peak.

For insight into which cards to buy and why, check these articles here and here.

Gaea's Cradle at 37.5 tix is a solid bet. EMA will contain some toys for the Elves deck, which is a cheap gateway for new players. 50-60 or higher is possible.

Mox Diamond is down a few tix, and could see continued gains as Legacy buzz continues. At 20 tix for a card that is not heavily played it's a bit risky, but this card has very low supply and could hit new highs.

Many of the cards below are a safe buy and should see a 25-40% increase in the next two to six weeks. A basket of these is a good place for your tickets. It's worth noting that the spreads on older cards are large, so it's not worth it if a card goes up 5-10%---it really needs 20-50% gains and up to merit the investment. Fortunately that should be possible on some of the picks below.

Grim Lavamancer is a staple in Legacy and sees play in Modern. Not long ago it hit a peak of 8 tix, but the recent trajectory has been grim. Unless this appears in EMA, which seems unlikely, it should rebound nicely.

Vesuva has been a 5+ tix card for the past year. In fact, it peaked at 11.5 in mid March, perhaps on the hype of the Modern unbannings. It's possible it will duplicate that price, but even if it doesn't a sale at 6 to 9 tix will mean a double- or triple-up.

This card, a key part of Modern Infect, has been hit hard, losing half its value in a few weeks. People usually overrate the incoming supply from flashbacks, and about three-quarters of the Time Spiral that will be coming on the market has already been opened. Now is a good time to buy in (this goes for other Time Spiral cards as well.)

Caution: This will most likely see a reprint in EMA. It's an eternal playable with a high price that is hard to introduce through other means. In fact, I would say odds are better than 50%. That said, a lot of that downside is already baked in. Not everything can be in EMA or the EV would be out of control.

This has been a 3-5 tix card over the past couple years and, even if spoiled, I don't see it going below 1 tix until the set hits the street. If not spoiled, it could grow nicely. If it is spoiled, sell ASAP to recoup your losses, since it will drop to bulk rare status once the set is being drafted.

Everybody's favorite villain. The promo version is 10 tix cheaper than the Avacyn Restored version, and that price gap should eventually narrow. The PRM version has been in the mid 30s, and unless reprinted should return there, yielding a 25-30% return.

However, the market for promos is much less liquid, so don't load up on these---they will be hard to sell back. You might find buyers in the classifieds who don't much care which version they use. Not a top spec, but if you don't have a playset it's a good time to get them. Could take a steady climb if/when he doesn't appear in EMA.

That's all I have for you today. Until next time.