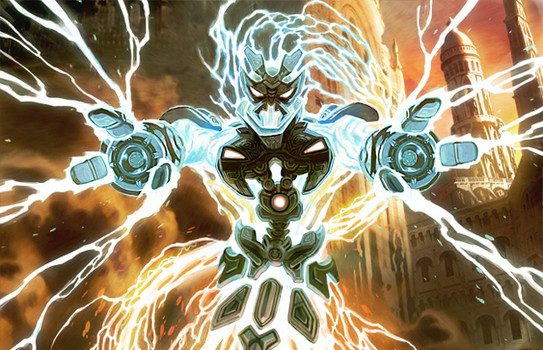 Nivamagus Elemental isn't exactly what I'd call a Modern staple, though it has shown up now and again in successful Modern decks. Gerry Thompson once spoke highly of the card in a dedicated Kiln Fiend deck some time ago, though the deck ultimately faded into obscurity. Recently, Tenshi put up a 5-0 result in a competitive Modern league with this take on the deck:

This deck is more or less a hybrid of a dedicated Nivmagus Elemental deck and Zoo. Ground Rift can combine well enough with Tarmogoyf and Wild Nacatl, Gut Shot is exceptional against decks like Infect and Affinity as an honest spell, and Mishra's Bauble always replaces itself, if slowly.

Theoretically, this deck can kill on turn two with a handful of phyrexian mana spells and two Ground Rifts, can kill more consistently turn three, and can fairly easily goldfish on turn four.

The deck's speed enables it to ignore a lot of decks with the sideboard, and to commit a lot of slots to the matchups that it's not great in. The four Kitchen Finks are great at combating decks that are very good at killing your few creatures, and could also be useful against aggressive red decks. Faith's Shield is likewise good against the controlling decks, and Path to Exile is some added interaction for creature-based decks that can kill at a similar pace.

The combination of three Shattering Spree and two Stony Silence leads me to believe that the sideboard is still a work in progress due to the narrowness, though it's also possible that Affinity is a particularly rough matchup while many decks don't warrant sideboard slots.

It's unclear how this deck compares to Death's Shadow Zoo, though the fact that more of the cards actually do something and that all of the cards are castable on the first turn you have the man for them definitely counts as upside. If you're into that type of strategy, then this build deserves a look. 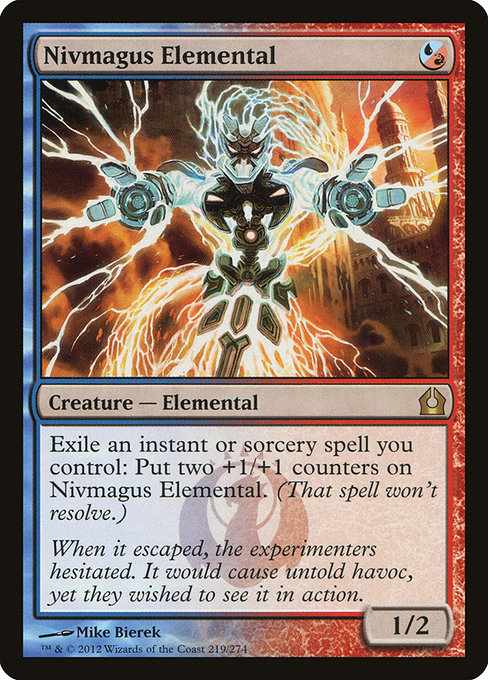 Nivmagus Elemental can currently be purchased for a quarter to fifty cents, and it's a solid buy at that price. I won't guarantee that Nivmagus Elemental will break through, but the cost of buying is very low and one good weekend will yield solid returns.