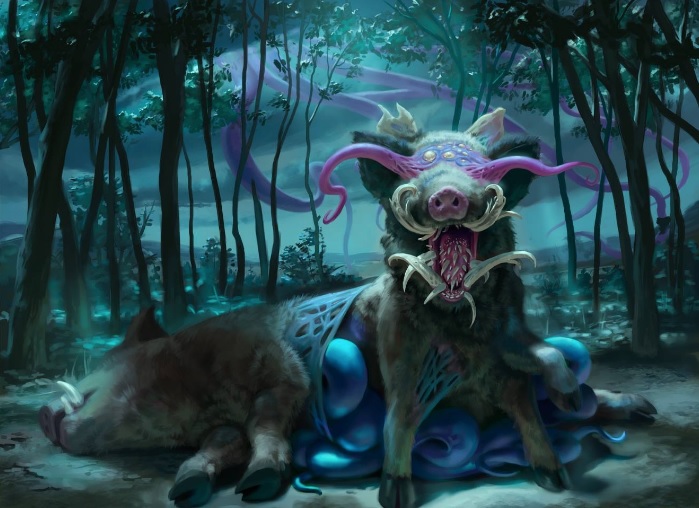 Barring making Day 2 of the Open, there was no way that Jeff Hoogland wasn't going to Top 8 the Modern Classic last weekend with Eldritch Evolution. I didn't know exactly what shell he'd put the card in, but this card is the Hooglandiest. The results are in, and here is his list third place list from the Classic in Baltimore:

Previously we have seen builds of this archetype splashing blue or black, but for the newest incarnation Hoogland had deemed three colors sufficient. There's significant demand for all three colors, so it makes sense. I like the 4-3 split in favor of Evolution over Chord of Calling, as this deck wins on the spot when it gets set up, and mana efficiency is the most important thing in Modern.

The major card slot updates are that the deck now features a maindeck Thragtusk, which is largely a stepping stone to the new Elesh Norn, Grand Cenobite technology. The other updates seem less based on Eldritch Evolution, such as a maindeck Eidolon of Rhetoric which I believe is typically relegated to the sideboard. Perhaps the ability to tutor for it earlier was a tipping point, or maybe the matchups it is wanted in are just more popular. The maindeck Selfless Spirit also doesn't have anything to do with Evolution, but it's another cool Eldritch Moon update.

One criticism I have for the deck, is that I feel like there could be a six drop to Evolve a four into in a pinch. Something like a Wurmcoil Engine or a Sun Titan could be gas. This deck has never really had problems generating value, so maybe they're just not needed, but Sun Titan sounds so sweet!

Eldritch Evolution has already cooled off substantially from pre-order prices, and a big part of this is a lack of Standard demand. I don't think that anybody was doubting that the card could be a force in Modern though. The current price of $5-6 seems totally reasonable for Modern play, though you're not really getting a deal and the card will likely sit at that price or decline slowly for a while. The only exception to this would be the card making its way into Standard, though to my knowledge this is extremely unlikely. 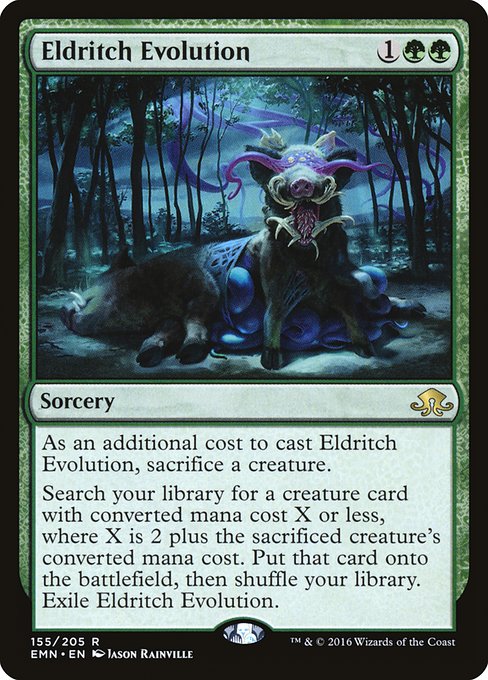