Hi and welcome back to another High Stakes MTGO article!

Eldritch Moon finally hit MTGO this past weekend. As expected, the big global price depreciation that comes along with these release events has put a lot specs on hold but also created several buying opportunities. Eldritch Moon boosters (for a quickflip) and Shadows over Innistrad boosters (for a short- to mid-term run) were among the potential specs of this past weekend—as were a few singles from all of the three most recent Standard sets.

Unexpectedly, the price of a Battle for Zendikar (BFZ) full set hit a record low this past weekend. This trend is very unusual, if not totally unseen, for a Standard set that is not the newest draft format and still in its first year. A BFZ full set is currently 20 tix cheaper that it was about two months ago. Consequently several mythics and rares are also at or close to their lowest price point now.

In this regard I wonder if a card like Quarantine Field, which hit a record low at 0.6 tix a few days ago, doesn’t represent a great Standard spec. Similarly, a few BFZ rares including Radiant Flames, Drowner of Hope, Painful Truths and Endless One are getting very close to bulk prices at the moment. These cards have seen competitive play in the past—why not get into a spec with almost zero risk?

I also sold about half a dozen cards this past week to generate more tix on the account, to mixed results. I notably closed my Zendikar fetchland positions—not at all with what I had in mind originally, but so be it.

Here is the link to the latest snapshot. 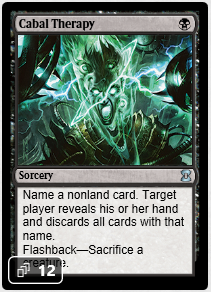 After a little spike at the end of Eternal Masters (EMA) release events, the price of EMA Cabal Therapy dropped again and even reached a lower price than what I paid for my first 28 copies. Since I didn’t have a large stock of this card yet I simply reloaded on a few more copies. I really think this is a solid mid- to long-term spec, especially at current buy prices. 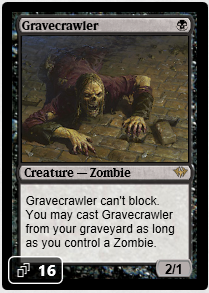 Earlier in July, I was a little bit too ambitious when I bought some Gravecrawlers at 3.6 tix each. Nonetheless, with or without Cryptbreaker the recurring zombie from Dark Ascension sees periodic play in Modern, so with a price back in the 2.5-2.8 tix range I decided to pick up a few more playsets. 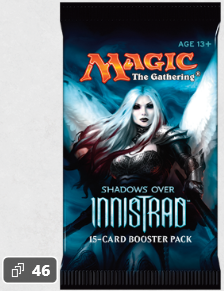 With the prices seen as of Saturday night, executing quickflips with Eldritch Moon (EMN) boosters looked to be tedious and like too much of a grind. If I have some spare time on Sunday and EMN packs stay around 3.7 tix, I might take a chance on them.

On the other hand, Shadows over Innistrad (SOI) boosters took a big dive, falling from a solid 3 tix to 2.4 tix this past weekend. That booster spec opportunity seemed much more profitable to me. I’m expecting the price of these packs to rebound to 3 tix by the end of the month, or maybe even sooner.

The second half of my Goyfs is sold. Another losing spec I had to let go rather than let these tix be sequestrated forever waiting for an improbable increase in Tarmogoyf’s price.

Although this spec wasn’t exactly sold at the top of the curve, I’m happy with it nonetheless. A 50% profit is what I was looking for and that’s exactly what I got. It wouldn’t have been a great move to hold onto the Gorges now hoping for more, with Scars of Mirrodin flashback drafts scheduled in September.

What could have been a nice series of moderate profits turned out to be the exact opposite—a streak of losing positions. With Zendikar flashback drafts coming up I decided to fully bite the bullet here and liquidate my remaining copies. We’ll see very soon if it was the right decision.

9 to 10 tix was my initial target price and now that the value of this mass removal spell has risen again I don’t want to skip a selling opportunity one more time. There might be more to come with Kozilek’s Return. However, the first two Star City Games Standard Opens with EMN didn’t particularly make this card a must, so I don’t feel like I’m going to miss much at this point.

One more Born of the Gods full set sold this week. At this pace it might take a while to sell my other 16 sets, but I’m in no particular rush here.

Nothing very original this week again. I’ll be monitoring my SOI booster spec closely, although I don’t expect the price to significantly rise before the end of SOI release events. I’m looking to sell them around 3 tix, and I’ll be interested in buying more if the price sticks around 2.4-2.6 tix longer.

Pro Tour Eldritch Moon is obviously going to be the big thing to keep an eye on this coming weekend. I sure do hope a lot of BFZ cards show up in new decks, considering how deeply committed I am with BFZ (full sets, singles and boosters).

Besides hoping for something I have no control over, I’ll also be trying to do some last-minute shopping with Oath of the Gatewatch, SOI and some EMN mythics to try and capitalize on the PT hype.