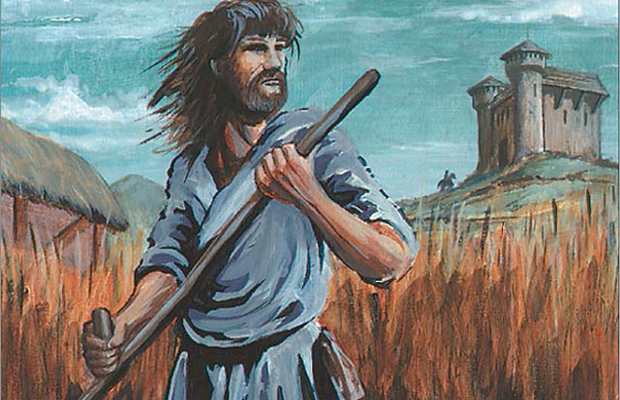 TCGplayer recently unveiled their buylist program, allowing TCG direct stores to create buylists for cards. This is an interesting option for a lot of people and stores who previously might have just had buylists posted on Facebook or in-house. They can now buy from people all over the country.

Initially one might think these buylists would benefit the people selling to stores, by increasing competition on buylist prices considerably. However, there's one major catch with TCGplayer's buylist option---they get 10% on top of your buylist price.

What this means is that if you want to buy a card at $10 you're actually paying $11. Now for that 10% they will receive the cards, grade them, and give you the option of having them shipped to you or re-uploaded into your inventory for sales. So with this model you could in theory just keep growing your business without ever having to do more than update your buy and sell prices.

Creating and maintaining a buylist for a major store is a full time job. Many smaller store owners can't afford (or may not be able to find) someone who can do this well. This means it becomes another task they themselves have to take on.

My hypothesis is that the addition of a great deal more stores into the buylisting market should increase competition, especially on highly-liquid cards. Today I'll compare the average prices offered by buylists on both Trader Tools and TCG Player and see if we can get an idea of how this new feature is affecting the market. For our data I'll look at prices of the 25 most-played cards across Standard and Modern as well as the 20 most-played cards in Legacy. I expect to see similar buylist prices between the two platforms.

For Standard I restricted our search to rares and mythics, as commons and uncommons rarely appear on buylists. Obviously some Standard uncommons do find homes on buylists but usually at relatively low prices.

The positive percentage differences show that the stores in Trader Tools tend to pay better than the TCG buylists by 18% on average, which is pretty significant. That one negative number corresponds to Ruinous Path, which is probably an outlier (and the difference is only 9 cents total). Even if we remove that though, we see a large range of percent differences, from 0% to 49.25%.

Note that ten of these 25 most-played cards are from the soon-to-rotate sets Dragons of Tarkir and Magic Origins. Without access to as many customers as the big-name stores, it does make sense that smaller TCGplayer stores would keep a higher spread for cards they have to move quickly.

The implication here is that if you're selling a lot of different Standard cards your best bet is to continue to use the Trader Tools option. TCG buylist will net you on average about 18% less money overall selling the same cards. However, you may save some money on shipping costs, so it would be wise to figure out the shipping costs associated with sending multiple packages to multiple TT dealers vs. one to TCG.

When we look at Modern we see that the average difference is slightly less than that of Standard, but still higher than I would expect. In particular we see very large gaps in the most expensive format staples (Liliana of the Veil, Tarmogoyf, Noble Hierarch), although this trend is bucked by Snapcaster Mage.

Note that half of this list (12) is comprised of commons and uncommons, which tend to have a higher spread. On these cards, we see a much lower difference in buylist prices between Trader Tools and TCG Player.

Similar to our Standard outcome we see that again selling to Trader Tools dealers will net you on average 16% higher return on cards. Again I suggest reviewing shipping costs to determine which route to take, but if you are selling a large number of cards or only to a couple of dealers, Trader Tools is still the correct choice.

Again with Legacy we see a significant difference of about 20% between Trader Tools options and the TCG Player buylists. Note that the three cards with the biggest difference in the Legacy section were all reprinted in Eternal Masters (all prices are from the original print run, except Lightning Bolt, for which I used 4th Edition).

It's also interesting to note that Legacy staples like Sensei's Divining Top and Swords to Plowshares have no buyers on TCG Player buylist at the time of gathering my data. I imagine that since this is a relatively new feature on TCG Player it will likely include "holes" with no buylist options, though they will likely be filled quickly as stores realize they have no direct competition on that platform and they might be able to pick up some underpriced staples.

Here again Trader Tools seems like the best bet. For the cheaper cards prices are much closer (and in some cases favor TCG Player), but especially for the pricier cards you're still better off with the large stores.

The main point to take away here is that the new TCG Player buylists don't appear to be competitive with the established stores found on Trader Tools. We will likely revisit this topic in the future, as I expect that if stores really need some of these cards, they will have to up their buylist prices on TCG Player---unless enough players use only TCG Player buylist and don't shop around at the bigger stores.

To be fair, as I said in the beginning, maintaining a buylist is a very time-intensive operation for any store. The more cards the stores want the more effort will be required to keep up to date on metagames, prices, reprints, promos, judge foils, bannings/unbannings, etc.---all of which can have dramatic effects on card prices.

We can see TCG Player's 10% cut pretty clearly reflected in these data, as if you added that to the buylist prices the two categories would be much closer. From the standpoint of the seller, however, this is immaterial---they'll be after the best price for their card(s) regardless of the reasons behind it.

Another possibility here is that TCG Player stores are taking advantage of the new option to acquire cards they intend to resell to the major stores' buylists. That would be a smart idea if the TCG Player buylist system takes off.

I expect that we'll see the buylist discrepancy in Standard cards shrink first, as those tend to be the most liquid. Cards that are easier to move encourage stores to make sure they have copies on hand to keep making profits.

4 thoughts on “Insider: Assessing the Impact of the New TCG Buylist Option”