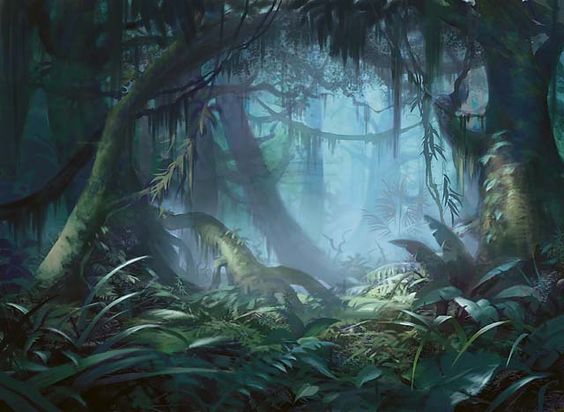 Over the past couple weeks, a couple of outspoken MTG finance individuals have been pointing out some unexpected trends. Within my own MTG finance circle, a portion of speculators are observing downward momentum across some surprising cards. Consider, for example, the recent trend in one of the most powerful fetchlands in Magic: Polluted Delta.

As Khans of Tarkir approached rotation, I had pounded the table on unloading copies---there was too much demand buoyed from Standard play, indicating to me that even steady eternal demand wouldn’t overcome the massive quantities about to hit the market. While this viewpoint was spot-on, I had not anticipated the continuation of the downward trend throughout 2016.

And it’s not just the Khans fetches that are seeing pressure. Even the much rarer Zendikar fetchlands are fading.

While Misty Rainforest’s drop is a far lesser magnitude, the depreciation from $75 to $55 over the past 52 weeks is still cause for deeper consideration.

Perhaps a fear of reprints is driving fetchland prices down? That’s possible---everyone expects Zendikar fetches to come back at some point. But how does that explain behavior in a card like Snapcaster Mage?

While the card has certainly appreciated nicely over the years, its 2016 performance has been nothing shy of disappointing. The five-percent drop pictured above may seem innocuous, but should we really see this kind of sell-off on one of the most played cards in Modern and Legacy? This card is only getting older and therefore should climb in price. Right?

Maybe it’s not about reprints or age, but a reflection of metagame shift? I do see Modern Masters 2015 copies of Noble Hierarch hitting all-time highs. I don’t know why this card in particular merits price appreciation where Khans fetches do not.

After all, Wooded Foothills is currently the fourth most-played card in Modern, according to MTG Stocks, whereas Hierarch is only the 12th.

And here’s something else that caught my eye---after months of unmitigated surges in Force of Will’s price, it seems demand has finally slowed down. The Eternal Masters printing was supposed to cause massive interest in Legacy. Wasn’t that the reason for the surge in its price despite the reprint? Someone opens up a copy and immediately wants to trade for three more? Perhaps that short-term expectation has faded?

Of course there are other exceptions (like Noble Hierarch for example). But the general trend of most highly-playable Modern and Legacy cards has been negative recently. Even some of the most dominant cards have dropped in price, and this has caused a bit of a stir within my MTG finance network.

I don’t believe this trend is driven by a single catalyst. Rather, I suspect there are a number of forces at play here that are causing the recent selloffs. Here are some ideas:

The list above paints a fairly gloomy picture for MTG finance. No wonder some of those I trust most in the community are crying “bubble” and insisting Magic is due for a major sell-off not unlike the one Inquisition of Kozilek is experiencing right now.

The thing is... I’m not sure I completely agree. At least, not universally.

The data is the data. I can’t argue with the fact that many $10-$60 Modern-legal cards are selling off steadily throughout this year. To the mainstream speculator/investor, it would appear that if a card isn’t played in the new Modern Dredge deck, then it’s dropping in price.

But this is not the case.

Not long ago I chose to consolidate the bulk of my MTG collection into Old School and collectible cards. Some of these cards have spiked unsustainably---I’ll be the first to admit this---but the overall trend is not likely to reverse drastically. For example, consider Chaos Orb, a card legal in only one format.

Sure, the card dropped from its unrealistic peak of $325 down to $220. This drop only happened because the card tripled in price since the start of 2016! I don’t think this card is going to revisit the $100 price point as long as Magic remains healthy.

Many other classic, Reserved List cards are behaving similarly. There was an unsustainable spike, but the bottom line is even the post-spike selloff won’t drive prices down below where they were at the beginning of 2016. In other words, I’m confident they will continue to appreciate steadily over time.

My advice to you: identify some classic cards you’ve always had your eyes on and start to plan your moves. As cards sell off due to the recent buyouts, take the opportunity to acquire strategically. Here’s a brief list of what I have my eye on:

I consider moving resources into cards like these “circling the wagons.” In other words, there may be more turmoil and volatility ahead. By investing in these safer, classic, non-reprintable cards you are setting yourself up for a more consistent trajectory. After all, it really doesn’t matter what’s reprinted in Conspiracy 2 or Commander 2016, nor do their respective print runs matter. Juzám Djinn and Academy Rector won’t face any sort of pressures either way. That’s the way I like it.

A bet on a new card like Windswept Heath or Collected Company is equivalent to a bet on massive player growth, huge metagame dependence, and consistent reprint dodging. Should all of these factors come to fruition, then you can achieve significant returns.

But why expose yourself to such risk?

I find my peace of mind is much greater now that I’m focused on classic, Reserved List cards. Many have already spiked---for this reason, I have no interest in buying up Moat or Gaea's Cradle at their new prices. But there are still ample older cards that can’t be reprinted, which players will gradually want over time.

Will a card like Winding Canyons ever get its turn at a buyout (it actually did in 2014). Maybe, maybe not. But even if it doesn’t, I can guarantee more supply won’t hit the market. So as long as Magic remains healthy, this card will gradually become harder and harder to find.

And this is why I advocate these positions and an overweight allocation to Reserved List cards. A wager on cards like Lotus Vale is a wager on the game of Magic as a whole.

It’s almost like buying into the equivalent of a class baseball card (before they were over-printed). It doesn’t matter if Joe DiMaggio’s consecutive hit streak is broken---a rookie Joe DiMaggio card is going to be worth a great deal as long as there’s interest in baseball. In much the same way, playable classic cards will always be worth picking up as long as there’s consistent interest in Magic.

Given the fact that Hasbro is pushing Magic’s growth as best as they can---and my Twitter feed is abuzz with MTG news every minute---I’d say they’re doing a good job. And that’s why, despite selloffs in cards recently, I feel I have nothing to worry about.

17 thoughts on “Insider: Circling the Wagons”