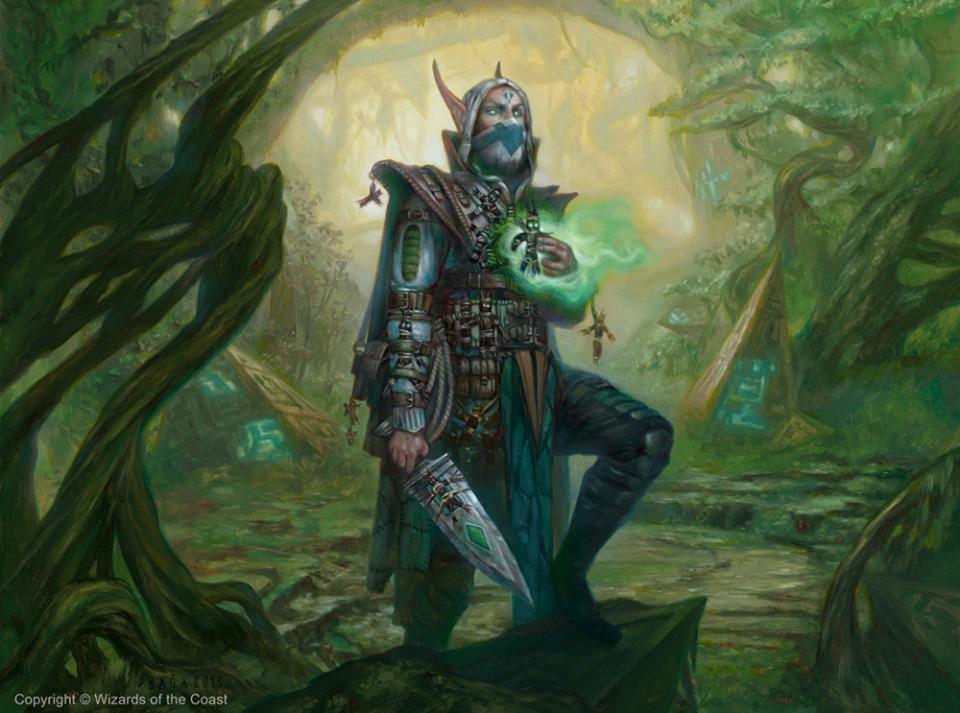 Welcome to Episode 4! Pro Tour Eldritch Moon will have begun by the time you read this and prices are already shaking the market, so this week I will do an all-Standard Buy, Sell or Hold. We had two SCG tournaments that are shaping the new Standard and have a big impact in the current prices. 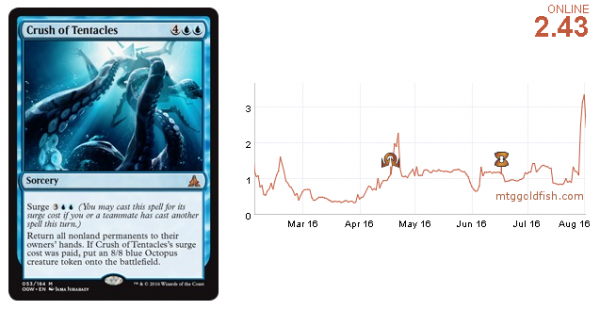 The only reason for Crush of Tentacles to spike so abruptly is the new UG deck that made Top 8 in last weekend's SCG tournament. The card is unlikely to go higher or even maintain the current price---plenty of other pro players must play the card in order for this to happen. Even if the deck is played in a good portion of the Pro Tour metagame, the price could just stand still. 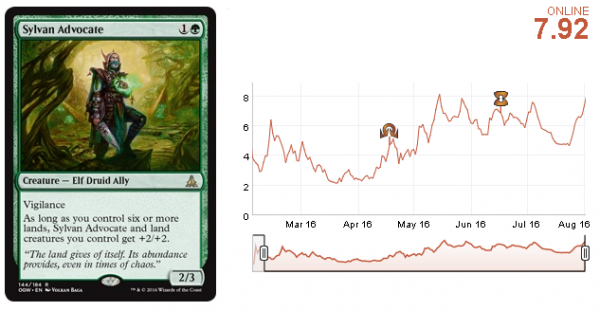 This card is the big winner of the new season. Around 50% of the decks in the SCG tournaments played four copies---that's insane! The important question here is how high will it go and the PT will be decisive. If the metagame remains the same it will be very expensive; otherwise it will stay at its current price or drop a little.

The problem with buying Advocate now is that it goes in the deck to beat, not necessarily the deck to play. That will prevent the card from going higher. I wouldn't recommend buying it at this price, but if you manage to get it cheaper or if the price sees an adjustment after the quick spike, it will be a good option. If you have this card in your portfolio you should wait until the Pro Tour to see what happens.

One of the strongest cards in the Humans deck, which seems to have lost popularity in the second week of the new Standard, Thalia's Lieutenant is at its historic low. The trend is very clear here; it bounces between 0.8 and 1.8 tix. The ever-changing Standard metagame makes this effect possible. The card will eventually reach 1.8 again when the deck is played again.

This Jurassic Park-esque card has risen up lately but it's not even played that much in the current metagame. Perhaps speculative buyers hoping to see it at the Pro Tour this weekend are the reason behind the rise. Anyway, being from Dragons of Tarkir, a set that will leave the format this fall, is a huge downside.

Another trend here between 2.9 and 3.8 tix. The margin is low but the spread on Standard cards is usually very low too---if it's profitable you shouldn't miss the chance. Also we have the chance of seeing it in a new deck at the Pro Tour or heavily-played in Bant decks.

That's all for this week. I wish you all a great weekend and if you can watch the coverage and invest at the same time, try it!