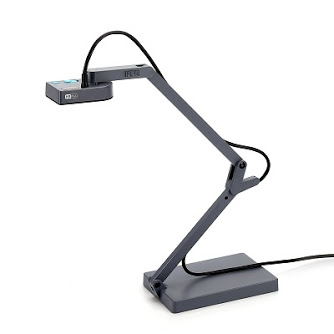 Selling all of the extra cards in my Magic collection has been decades in the making. I’ve accumulated tons of cards from simply playing, whether it be from Limited events or cards I’ve acquired for Constructed formats. I’ve also bought more than a handful of collections and moved through plenty of cards in my day. I have been an active trader at different times in my life, I have gone through a few rounds of buylisting cards online and I’ve sold off a mass of bulk cards locally. What I have left is a hodgepodge, and I set out to liquidate it into cash. I knew the Ion Core Scanner was revolutionary, and I knew it would be a great tool to help me sell my cards, especially for someone like me who has largely failed in efficiently organizing my cards over the years. 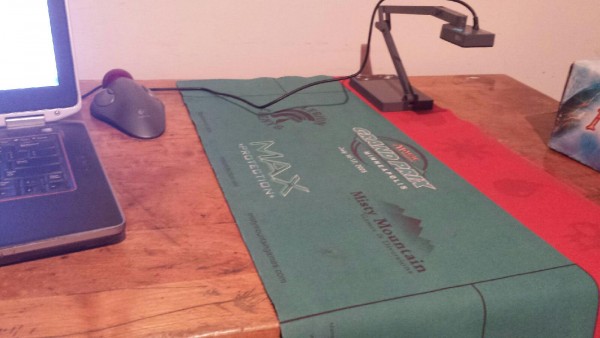 I started by taking stock of my collection. I have an enormous swath of the Modern metagame, with about a dozen or so decks decks assembled or ready to be assembled, and I want to retain those to keep my options open in any future events. I also have a couple long boxes dedicated to extra Modern staples that I’m not using in decks now but could use in the future. My goal was to coordinate my decks and boxes, selling anything extra beyond playsets, and trimming down the extra cards to those I might realistically use. I approached Legacy with a similar mindset, but I have just a couple decks together, and sought to keep only premium staples while liquidating all the extraneous cards. 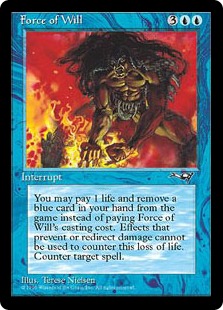 Once I knew what I was going to sell, I started running cards through the Ion Core Scanner and sorted them into piles by highest buyer so I could sell them to various buylists. I soon realized that my collection was too massive and full of too many low value cards to make buylisting feasible. One problem was shipping costs cutting into profits, but an even bigger issue was the condition of my cards since almost everything is played, some considerably so, and mostly stored in less-than-ideal fashion. Many cards are even stamped from professional drafts, and a few damaged. I didn’t want to take massive hits in value for being played, especially when it was out of my hands. and I also risked large return shipping bills.

At this time I remembered back to reading an article on QS about options for selling your collection, but while searching for it I found another article that set the direction of my Ion Core process, which explained the concept of using the program to organize your collection by buylist value.

I loved the concept of sorting my collection by value and using this as a baseline for buylisting in person, which seemed a lot better for the realities of my collection than mailing to buylists. I reasoned it would allow me to negotiate with various outlets, allowing me to get more value for my played cards, and would cut down on shipping costs and the risk of return shipping. At this point I begrudgingly resorted the cards I had already gone through, and then plunged right into the rest of the collection.

The largest portion of my efforts were focused on boxes of cards that I had previously considered above bulk and too good to simply get rid of, but didn’t have any other immediate use or place for. I had culled some of these boxes through crude rounds of buylisting years earlier, but I knew they were packed full of money if I put the time into sorting them.

The cards above $7 I sorted separately, figuring it would be worth the time and effort to extract max value from them by selling at a premium face to face or on TCGplayer/eBay. These cards will also be relatively easy and fast to buylist in person without sorting ahead of time, and because they might be more susceptible to price changes I don’t want to value them until closer to the sale.

I had a box of “bulk” rares that I decided to run through Ion Core to extract full value, and it was certainly worth the time when I turned what would have been $40 in $0.10 bulk rares to well over $100 in buylist value.

I also had a large box of above-bulk rares to sort, mainly cards that escaped previous buylists, but also any random rares that I acquired since it was an easy depository. Processing this box was consuming, because there were not many duplicates and the cards were in no way sorted, but it was also the only way to ensure I got full value from a large swath of cards that I could have never kept track of in my head and would have taken ages to look up individually.

I still had a binder of rares from a collection buy a few years ago, so I took this apart and sorted these. I also sorted a large old trade binder of relatively low-value cards, which proved to be a breeze to run through Ion Core Scanner because they were sorted by color and duplicates were together. Organization pays off, and I learned the more work you do ahead of time makes running cards that much easier.

I cut a ton of bulk from my collection, but rather than sell this at bulk prices I will attempt to get more value by trading or selling to speculative locals or selling on Craigslist, which I have had previous success doing. I could get about $4 for 1,000 bulk cards from a dealer, but I expect I could get at least twice this from a consumer. I also separated my uncommon bulk from the commons, so I can market the uncommons at a higher price. As far as the bulk rares, stores pay $0.1, and the best best rates on Amazon and Ebay seem to be about $0.19 each in lots of 100. Many of my rares had buylist prices of $0.15, so that seems like an easy sale unless I expect I can get more locally. I could include them in a Craigslist sale and hopefully get the $0.2 or maybe even more, especially if I bundle all of my bulk together and market it as a collection.

I’ll turn to eBay to sell some random things, like an open but complete Garruk vs Liliana Duel deck and loose booster packs from various sets. I could also unload deckboxes, dice, playmats, and pins. 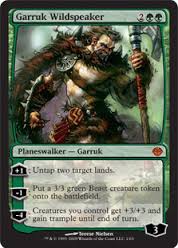 Some cards I kept as specs because the buy prices were simply too low, like Theros-block Temples. Also the new Magic 2015 and Khans of Tarkir block-forward Frontier format in Japan could be a thing in the future as an alternative to Modern, so holding the cheap cards from those sets seem like a good move. I’m holding stacks of Treasure Cruise rather than selling them for a penny and keeping my playset of Dig Through Time put away for a rainy day rather than cashing it in for $1.

Sorting my cards with the Ion Core Scanner was a fast process, but it was still hard work and took a few nights of grinding past midnight. It was effective, fun, taught me good sense of card values, and it feels great having them sorted. It also hopefully pays off, since in theory I extracted thousands of dollars in value. I intend to shop my collection around, using the values as a guide to ensure I get max value and a basis for negotiation. I’ll start with the many local shops, which hopefully supplies players and builds goodwill. There’s also a huge shop not too far away with a large online retail presence, and it’s known for offering good buylist prices. Then I’ll bring the remaining, hopefully lightened, load to a Grand Prix where I can convert to cash quickly and easily, extracting max value from my collection with minimal transaction costs. This seems like a great way to accomplish my goals, I’ll be sure to report back with my experience on the next half of the process: actually selling the cards.

5 thoughts on “Insider: I Used the Ion Core Scanner to Sort My Cards and Maximize Buylisting Efficiency”