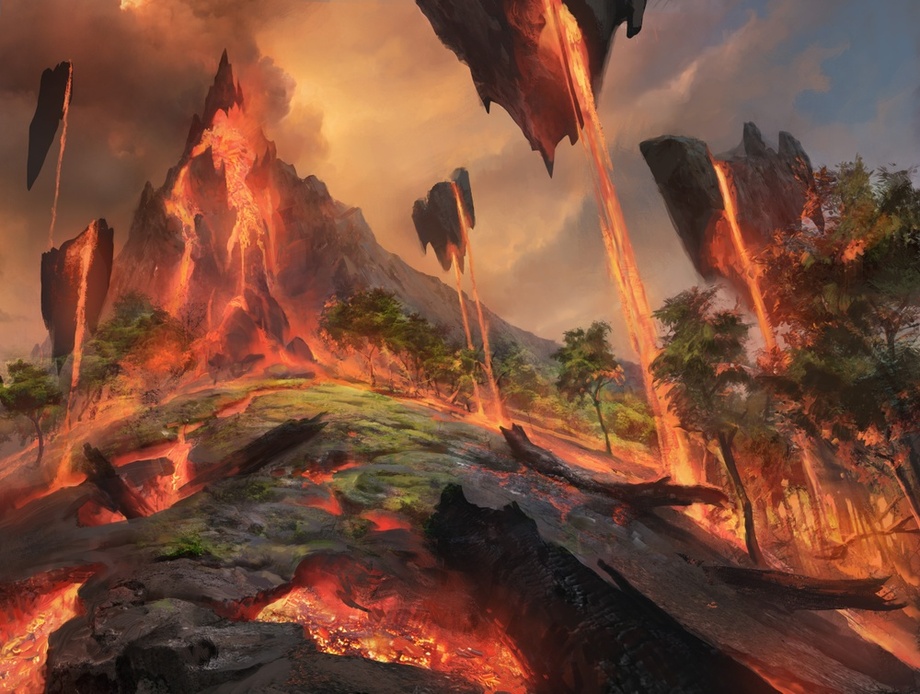 Hello, QS Insiders! This week has been extremely busy with a lot of price movement—up and down. The market is preparing for the Pro Tour and the anticipated release of Kaladesh, and it showed in the form of quick spikes. Modern prices are beginning to settle down, and it will be much harder to obtain a profit from them now. The constant availability will drop their prices in the long term, and many speculators, like me, don't feel comfortable investing in them anymore. Standard, on the other hand, has been very interesting for speculators in the last days, so let's get into it.

Radiant Flames was one of the most pronounced spikes of the week. I got plenty of copies at 0.10 but never expected it to get this high so fast. I'm unaware if there is any secret new deck or if it's just a powerful card that everyone wants to have in their list. In any case, and no matter how much you paid for your copies, I recommend you sell them as soon as possible.
Verdict: SELL

Thought-Knot Seer's price could go in either direction; we will have to wait a few more days until the Pro Tour to have a solid resolution. If you can close the position profitably, just go for it. Playing it safe is better in this situation, in my opinion, and I haven't seen it in a single decklist in the current metagame. On the other hand, if you bought copies a little higher and closing the position now will result in a loss, I would recommend waiting for the Pro Tour, paying close attention to the new decklists, and if it's not present at the event, selling your copies on the first day—even for a small loss.
Verdict: SELL 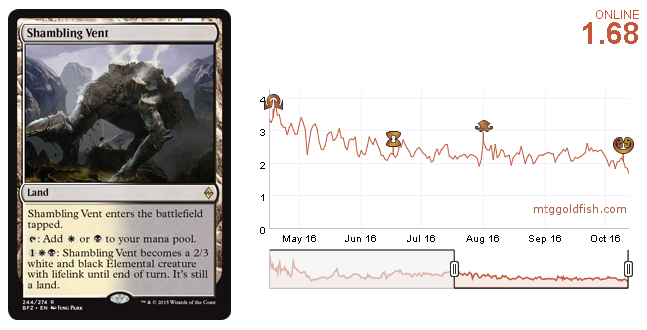 Unlike the bullish trend of almost all the other two-color rare lands, Shambling Vent's price has strangely dropped. This is one of the most solid bets right now, and one of very few buy opportunities available that I haven't mentioned in a previous Buy, Sell or Hold.
Verdict: BUY 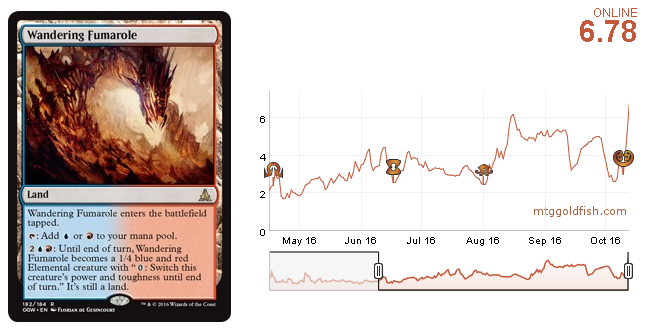 The blue-red manland was less than half it current price when I mentioned it in last week's BSH. I recommend that you sell them now rather than wait for the Pro Tour: it won't go much higher, and it's already super expensive. Such profitable speculation in a short time doesn't occur very often, so don't fall for the trap of aiming for an uncertain bigger profit—sell into the hype.
Verdict: SELL 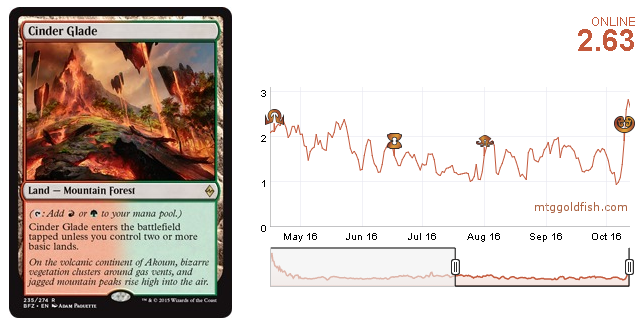 Another crazy spike for the week. Cinder Glade increased by more than 150% overnight. This high price will be hard to maintain unless it has good performance at the Pro Tour; it will be even harder for it to go up further from here.
Verdict: SELL