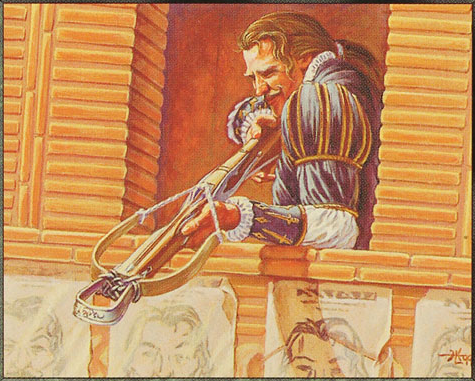 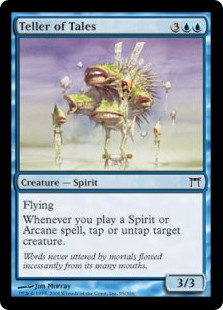 As I've mentioned before, I'm a casual player at heart. What gets me most excited in Magic is a close, well fought, free-for-all multiplayer game. The kind of game where minor advantages end up making all the difference. Where decks are fairly evenly matched, and where politics have a major influence on the results, as any combination of players could take you out.

I've been fortunate enough to have had a regular casual group for several years. In such groups you see a metagame develop and get to understand different people's tastes. You may even pick up on what a new deck of theirs is likely planning to do (remember the guy who managed to figure out I was on combo based on me playing Wild Growth?). You also get to understand their thought processes, plays they're likely to make (good and bad), and their reputation with the other players.

Ultimately, you realize that people are watching you too, and that you also have a reputation within the group.

During games I generally leave people alone, but will retaliate fiercely if you come for me or are known to play something that ruins games, like Armageddon.

In deckbuilding I tend to prioritize synergy over raw power (that innocuous-looking card will probably prove stronger than expected), and often go for strategies off the beaten track. Where Jason Alt preaches building decks at 75% power level, I tend to choose an underpowered strategy and then build it to its full potential. I'm also known for being knowledgeable on deck building, so people seek my advice on their decks.

Concerning politics, I'm known to keep my word even if it costs me the game, though I generally phrase things to leave wiggle room. People know me to pretend to be weaker than I am (I've been compared to the emperor of Star Wars). People also expect me to have a good understanding of the current board state, so any advice I give is generally sound (even if I'm understating my own capabilities to elicit someone else to act). 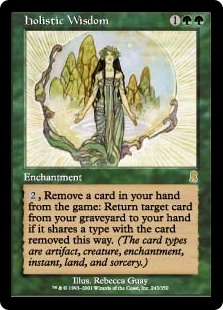 By now I imagine you're all wondering how this is relevant to Magic finance. I see many parallels between free-for-all multiplayer games and trading in Magic cards. In both contexts your reputation is essential. It will heavily influence any deal you make, whether with opponents or trade partners.

You want the person you trade with to like and trust you. Not only for the purposes of completing the current trade, but also to make sure they come back and bring their friends. Someone who likes you is more likely to make a trade in your favor, but it's the repeat business that truly matters. After all, you can shear a sheep many times but kill it for meat only once.

As such, it's important to keep your reputation in mind when trading. Following a few simple practices will help you establish the rapport you want in your trading circles. What follows are the ones I see as most important. 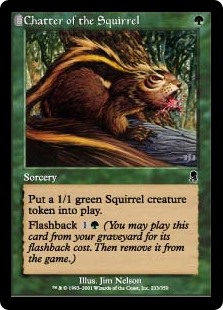 You want to make your trade partners comfortable and find out what they could be interested in. Fortunately, asking them about the deck they'd like to improve, or whatever other reason they may have for trading with you, should cover both. Similarly, when looking at a collection to purchase, I have found it beneficial to ask them what deck they used to play. Hopefully they remember you being pleasant and come back, or recommend you to others. 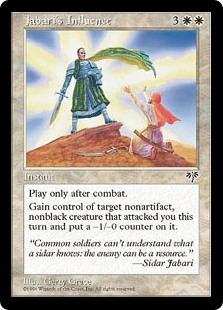 This is where it pays to know a lot of cards. You'll get the opportunity to make the deal bigger and better, possibly even to move a card that's been sitting in your binder for a while. You'll leave the impression of trying to help them, as well as being the go-to person for obscure cards. Of course, moving cards that are just taking up valuable binder space into cards you prefer is great anyway. 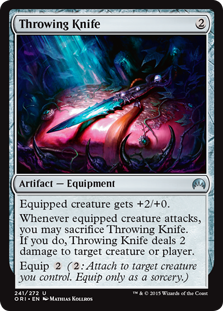 Got some low-value stuff that fits their plans? Leave it with them to remind them of your trade whenever they see it. Consider letting beginners just rummage through bulk for things they like, and they're bound to remember you. Meanwhile, more accomplished players will see you as the good guy you are. A good reputation is definitely worth a few cents here and there. 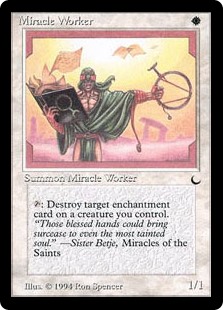 We all know the trick of asking the other party for their prices and jumping on cards they seem to undervalue. Many players are discouraged from trading because this either takes up their time or causes them to end up in bad deals. Of course, you already know what you value cards at, and can easily make a decent proposal. Don't hesitate to do this to make their lives easier.

If you can give them the impression that you know your prices, especially when they check and your deal is fair, they will trust you in the future and trading will speed up quite a bit. Personally, I like splitting up larger deals into several smaller transactions of roughly equal piles. Then I can point out where one pile is a bit more than its counterpart, and where another pile compensates by going in the other direction. This illustrates clearly how you got to your valuation, helps identify possible disagreement on specific prices, and tends to convince them that you know what you're doing. 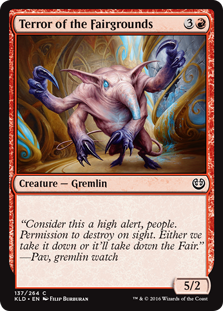 Gone are the days of making large profits on each deal. I will not deny having made deals that were way too good for me in my almost two decades of trading Magic cards. But in this day and age, everything can and will be checked, so you will soon get caught on shady practices.

These large profits are not needed either. You can make your profits on speculation, trading away cards likely to drop, trading up and down, using different price sources, etc.—there's just no need to go overboard on profits.

That isn't to say you can't add a little margin for yourself to play things safe—nobody will mind a small difference, especially if you explain that a trade needs to be interesting to you in some sense or you might as well not make it. Personally I trade if I feel that it will gain me cards I want, better cards, easily movable cards, or some profit; those motives should all be understandable to anyone. 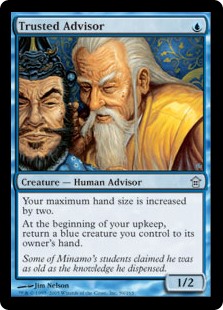 There's a fine line between knowing your stuff and appearing to be out to get them using superior knowledge. It takes practice to make sure you appear to fall on the knowing side and thus seem trustworthy, rather than the other side that will make you seem shady. The more you apply the good practices mentioned above, the more they should have trust in you and come back.

Always watch for signs that they may be doubting you, and ask if there's anything you can do to make them feel better. Perhaps they are concerned with one of your valuations or perhaps they just don't like parting with a certain card. If you know what it is, you can do something about it and leave them feeling better about the deal.

Take an Interest in Them 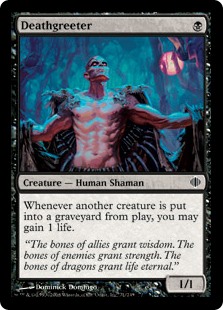 You don't want to appear like you see them as nothing more than a binder. Wish them a fun day or good luck in the tournament; perhaps even greet them when you see them later. If you can remember their name the next time you trade, they'll feel honored. You may even make a friend.

There may be other things that you can do—this is not meant to be a complete list. The most important thing is to think about how your actions influence your reputation among the people you deal with, and what you want that reputation to be. Ultimately, a better reputation will improve your chances of making good trades and help you land deals that others can't.

4 thoughts on “Insider: The Importance of Reputation in Trading”