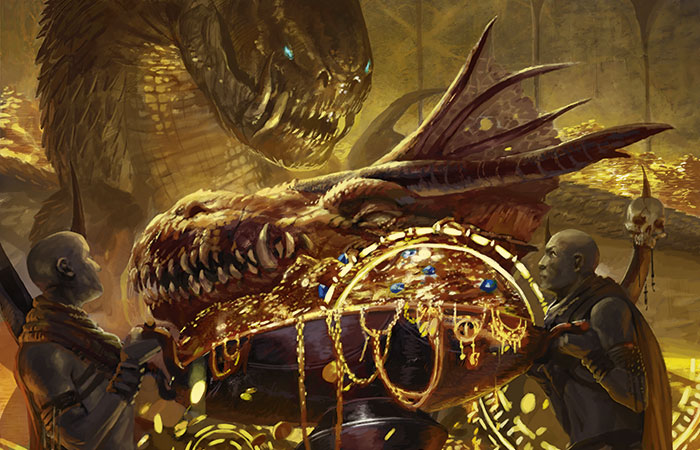 Welcome back readers! Today's article is based on a little introspective thinking I did the other day.

As I've been speculating on Magic now for over five years (it's hard to believe), I've definitely had some big wins and losses. I've stated in many previous articles that I never speculate on a card unless I myself believe in it. I definitely respect the opinions of my fellow speculators and writers, but in the end it's my money and the risk I take purchasing any cards is on me. Therefore, it's important that I not just follow a trend blindly.

This is also the reason that I feel it's critical for anyone who wants to voice their opinion on a speculation target to do so with valid reasoning behind it. This isn't to call out anyone in particular, but to remind everyone who is thinking of speculating on a card that there is risk associated with doing so, and you should not only understand the risks but also why you're willing to take them.

If you want a great example of this look at my fellow writer Sigmund Ausfresser. If you read his articles (and I suggest you do) you'll see he almost completely ignores Standard and focuses a lot on Old School and Reserved List cards. Both of these types of targets are very low-risk—Reserved Lists can't be reprinted per Wizard's stated policy, while Old School legality is defined specifically using print date (so reprints of the playable cards are still illegal).

For some speculators, this might seem like a severely limited pool of cards to choose from, but Sig's logic behind choosing these types of cards is sound. He has stated repeatedly that the goal of his speculation is to fund his child's (soon to be children's) college education. This is his "why," and as such he finds it unacceptable (and I imagine his wife does too) to risk the college fund on less stable speculations.

I'll be the first to admit that when asking myself this question I immediately drew a blank, and that's a bit terrifying. The reason is because I've amassed a sizable collection and it's sometimes hard to look at the new sets and think, "And now it'll grow more," with no idea of when it will shrink.

That isn't to say I hate having so many cards because I don't. As a child playing Magic, I remember that my allowance could afford me about a pack per week (back when they were around $3 each) so it took me a long time to fill up even a single 1000-count box. 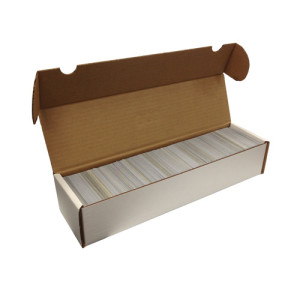 When I first started speculating it was so that I could afford Legacy (a format near and dear to my heart). I couldn't fathom spending $100 on an Underground Sea. But I realized that if I could identify an underpriced card and pick up multiple copies, I could effectively buy an expensive card at a huge discount. After my pick went up (assuming I hit) I could then trade my copies into other cards to "lock in" my gains.

My biggest early success came from buying and trading for all of the Innistrad buddy lands in the $2-$3 dollar range. When they spiked after Zendikar rotated, I traded them into my LGS for a NM Italian The Tabernacle at Pendrell Vale (which at the time was around $300). All in all, I spent about $85 on the buddy lands that I traded in for the Tabby.

That got me hooked. My next goal became getting my set of 40 duals and 40 fetches. Once that was accomplished, I simply wanted to have a set of every Legacy-playable card so I could build any deck I wanted.

I eventually abandoned that goal. I was putting a ton of money into the game, and after building multiple Legacy decks, I found that I only actually enjoyed playing a couple. So I cancelled that goal and have been in autopilot mode ever since. It's important to remember that while we want to try to reach goals we set, it's perfectly acceptable to re-evaluate them—especially if on the path of reaching them we realize they are not in fact where we want to go.

Now my favorite trades are for bulk rares, and Commander and Modern cards that I think are underpriced. This unfortunately means that I don't do nearly as much trading as I used to. When I go to GPs and other major events, I spend most of my time buylisting stuff to dealers (so I guess I am shrinking my collection down somewhat, but it sure doesn't feel like it) instead of trading with players.

In the process of writing (and a lot of introspective thinking), I've come to a conclusion regarding what my goal in MTG speculation should be. It is likely one that many of you share: to reduce the cost of playing the game regularly, or semi-regularly, to less than $15 a month. For me, that will include tournament entry as well, which means any larger, more expensive tournament I play in will require having built up a "bank" through card sales to cover the cost.

I chose this goal because I've realized that I can't specify how much I've spent on the game, or how much I have worth of cards, and that bothers me somewhat. I had intended to do a full catalog of everything this summer (when I was between jobs) but I ended up doing a lot of sorting and much needed housework.

That being said, I have a whole lot of money invested in cards, and I'd like to slowly start locking in some of my gains and liquidating some assets. I had been doing that by buylisting (as previously mentioned) but I want to take a more active role (likely selling locally and on Facebook).

How Goals Can Drive Decisions

If we consider the "why" to be our goal or the reason behind our choices, then it's extremely important to know it. Without it we are travelers without a map. Each choice moves us in a direction, but with no final destination in sight we can't know if we're going in the right direction or not.

As I've always been one who best learned by examples, let's consider a made-up speculator named Alex.

Alex wants to get into Modern but just started playing the game four months ago. He or she doesn't have a whole lot of cards, nor do they have a lot of extra money lying around (perhaps Alex is in college and most of their paycheck has to go towards living expenses). But Modern looks like a lot of fun, and the local game store has a good Modern and Standard player base.

The first step for Alex would be to watch some of the other Modern players and get a feel for what type of deck they want to play. With a limited budget in an expensive format, switching decks often will not be possible.

The easiest way to figure out if you enjoy playing a deck or not is to proxy it up and get a feel for by playing casually with other players. Through this process, and talking with the other Modern players about what kinds of options are available, Alex can make a decision of what deck to buy.

Now that Alex has picked out a deck they want to build, then all transactions (trades and buys) should help Alex get one step closer to the deck of choice. This isn't to say Alex shouldn't buy or speculate on cards that happen to be a great deal, but that they must be vigilant with their decisions.

If Alex buys some hot Standard card because it's 10% off, it may end up biting them when the deck it was played in falls out of favor and it drops to 50% of what they paid for it. Sometimes a short-term "win" can be a long-term loss.

So Alex is smart and chooses to pass on that Standard card even though it's on sale. As Alex acquires cards for the deck, he or she pulls out the proxies and puts the new cards in their place. All while playing more casual games with the other Modern players and getting a better feel for the deck. By the time he or she completes the deck, they will have a good feel for it. The deck itself serves as the map, as each time a proxy gets replaced another step has been taken getting closer to the final destination.

The purpose of this article was to make you (the reader) think about why you speculate. Knowing that should ultimately help drive the decisions you make. There are so many decent speculation targets out there, but nobody (whether here on QS or elsewhere) has unlimited funds. So it's important to try to make your maximize the growth of your money—but also to know what you'll do with it once it is made.

5 thoughts on “Insider: The “Why” – Knowing Your Goals in Speculation”