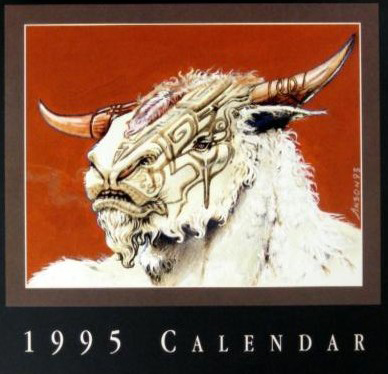 Today I'm going to cover some lesser-known collectibles related to Magic. We're all familiar with the values (generally speaking) of Magic cards themselves. But you'd be surprised how much some supplemental items are worth.

Here are a few Magic-related items. Do you know which is the most valuable? 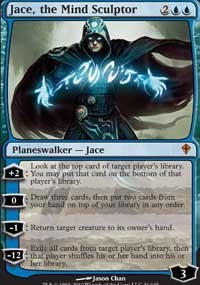 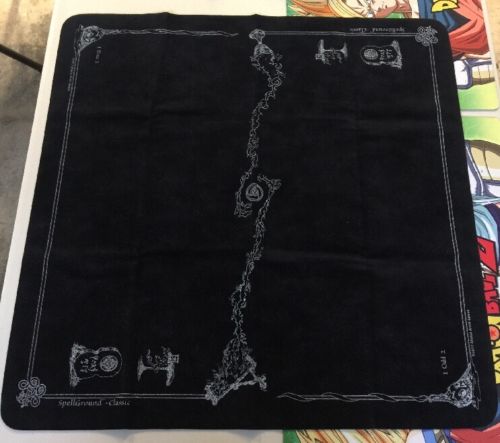 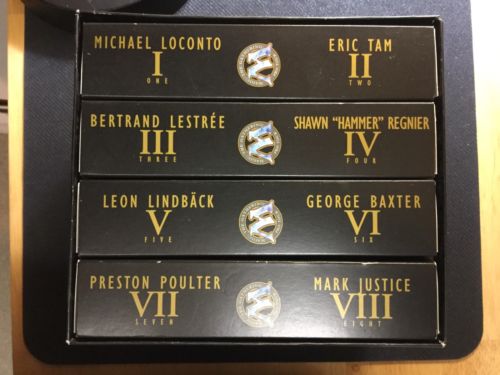 In ascending order, here's the approximate value of each of these items.

Did you guess correctly? Based on my presentation of the question, you probably suspected Jace wasn't the most expensive of these items. But would you have known that looking through a newly acquired collection?

Many of us in the finance realm have found collection buying to be lucrative. More often than not, when people are dumping a large collection they tend to throw in additional memorabilia. Knowing what to look for and how to recognize value means you can extract the maximum value out of any collections you buy.

That little puzzle was fun, so let's try it one more time: 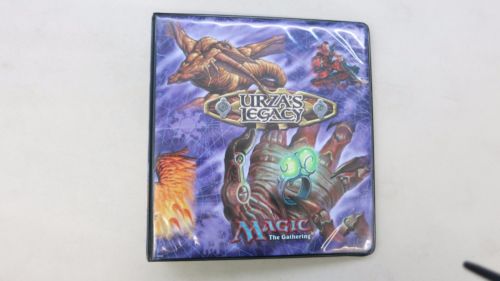 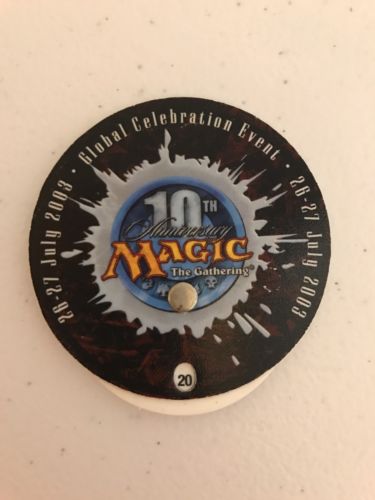 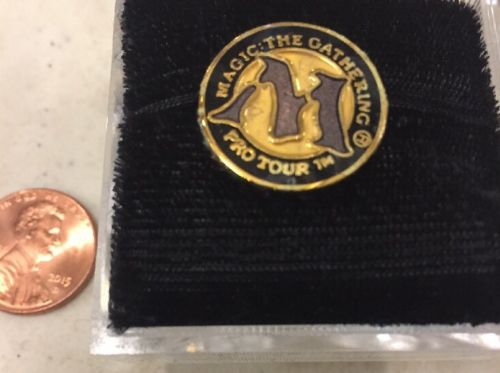 This one is a bit trickier because none of these items sold, so the price may or may not be accurate. But these prices are what the sellers were asking for. Again, in ascending order:

This just goes to show that there is demand from people for many of these items that we often find just thrown into the bottom of a tote holding a collection. The market for items like these is far smaller than for Magic cards in general, but there are also a lot less people selling them. (I don't have any data to show how often these types of items sell, though.)

As with MTG cards (for the most part), the older and "rarer" they are, the more valuable they are when it comes to these sorts of Magic collectibles. But that isn't any sort of guarantee. For example, this MTG calendar recently sold for around $8.75 and it's from 1995: 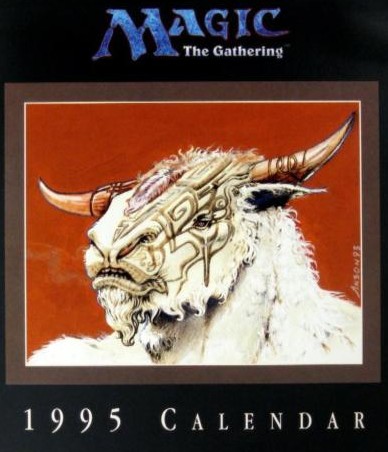 Remember that Magic has been around a long time, and Wizards had a lot of time to brand different things with Magic-related themes. Some are more desirable than others. After all, the 90's was a decade big on cross branding. Remember this? 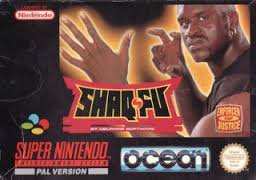 Of course you don't, because nobody played it... Shaq himself probably doesn't remember it.

Anyways, I think I've made my point. Just because it's old and says Magic doesn't mean it's valuable, but it might be. Your best bet is to check eBay's sold listings and see if you can find the item and what it sold for. I will say there are a few types of items which tend to be "more collectible" than others.

The key here is that these items often serve as "swag" items (like foiling out one's deck), or a way to distinguish yourself from other players.

One of the more surprising items are dice. If you look at eBay sold listings for some spindown dice you may be very surprised at what you find. 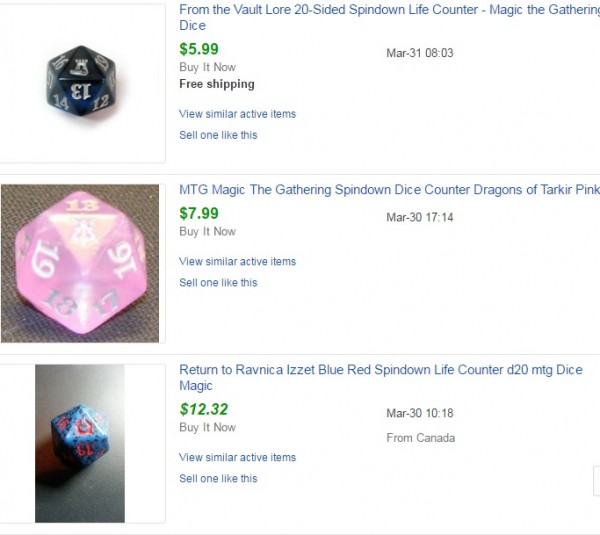 Someone bought the Return to Ravnica Izzet die for over $12. If your LGS has a big tub of 20-sided dice that all sell for the same price, this can be an opportunity to make some easy money. Just do some research and find out the more valuable ones, and then pull them out to buy and list on eBay.

Some online retailers buy dice and even maintain buylists for specific ones. Stores will be more likely to buy dice onsite rather than using buylists (for fear of getting barraged with something that likely has a small audience). So your best bet might be to bring any you want to get rid of to a GP and see if you can unload them there.

Playmats being valuable isn't really surprising, as so many people use them nowadays and they are another great source of "bling" to show off. The key point to remember with playmats is that there are three major factors affecting their value. 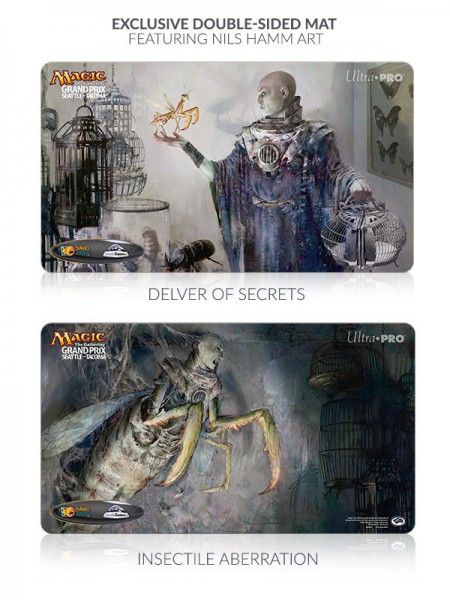 In Magic's early days the focus was on playing. Binders were typically just for holding your extra valuable cards or for serious collectors. I remember seeing many of the older binders stagnate on store shelves back in the day. Most players didn't want to pay the $20+ many stores were charging at the time, when a regular three-ring binder (or, if you were really cool, a Trapper Keeper) from Office Depot would serve the same purpose and cost $1-$2. This cost difference likely caused a lot of stores to stop trying to sell them.

Deckboxes, on the other hand, were considered more of a necessity to keep your deck safe. Most competitive players had deck boxes (though more casual players would just walk around carrying their unsleeved deck in a tournament pack box). As these items were in regular use, they often wore out fast as the plastic that served as the hinge for the top cracked and broke. It was difficult to keep these pristine for too long, and certainly not if you were actively playing Magic.

That means the ones in good condition are exceedingly difficult to find (at least older ones) and thus are sought out by collectors. Unfortunately this is likely one of those items that is more difficult to move (especially now that we have all kinds of really cool, intricate deck boxes) and for which the condition is critical. But it doesn't hurt to take a bunch of high-quality pictures of any you come across and throw them up on eBay.

I saved pins for last, honestly, because it's the one that makes the least sense to me. They don't serve any purpose to the game, but even I will admit that many are rare and one definitely thinks twice about keeping a risky hand when your opponent's playmat is covered in Top 8/Top 16 pins.

However, I have met plenty of people who like to collect them, because many players don't really value them. (Who actually remembers that you got an RtR pin representing whichever guild you choose for the pre-release and release events? Who actually kept theirs?)

When it comes to these, the value is again tied to scarcity. The fewer that were made and the older they are, the more likely there's value associated with them. You typically need to use eBay as a resource to find out the value of these (I wasn't able to find any really good sites devoted to MTG pins).

I didn't cover every item branded with MTG flavor (there are t-shirts, backpacks, fanny packs, hoodies, clocks, etc.). Many of those do have value too. So when you see some of these items thrown in a collection, it might just be worth your time to look them over and see if there is any demand for them. Happy Hunting!