The Pro Tour was a blast! Now we have a solid sense of what the metagame is going to look like moving forward. The major storylines of Pro Tour Amonkhet were the decline of Mardu Vehicles, and the rise of both Aetherworks Marvel and Zombie Aggro. Mardu, the most played deck of the tournament, didn't have nearly as high a win percentage as Zombies and the various flavors of Temur.

Don't count Mardu out for the long game—it's a powerful deck and Gideon, Ally of Zendikar is still a busted planeswalker. The key to the equation is that the staple cards in the Zombie and Temur decks will have spiked up, while the Mardu cards are likely to stay about the same or lose slight value. Expensive Mardu-specific cards like Heart of Kiran will likely begin the downward spiral of their Standard-based life cycle.

These are good cards, and the time might come when sleeving up Mardu looks like a sexy metagame choice (especially once Shadows block rotates). However, now is likely a good time to start selling out of these Mardu staples while they still have decent value.

Gideon is great, but his months are limited at this point. He will start to leak value in the coming weeks and it is likely a good move to trade copies off while they still has decent value. Chris Fennel's BW Zombies list featured four in the sideboard—so demand and price should stay stable long enough to find a buyer or trade partner.

Capitalizing on the New Meta

Let's talk about the big movers of the tournament. Gerry Thompson's Zombies deck took down Yuuya Watanabe's Temur Marvel Control. It seems pretty obvious that these are the sets of cards most likely to see upticks in the coming days. Zombies in particular seems like a ripe place to look, because many of the cards were cast-offs before the new Amonkhet printings brought the deck back to the top tier.

It is good to remember that the highest prices on most cards are achieved directly after the Pro Tour. The reason is that there is a high critical mass of players clamoring to acquire copies of random cards to build whatever deck they are moving in on in the metagame. The prices on most cards tend to creep down, so be looking to move off of these spiking cards quickly.

Let's start with the undead horde. There are several cards that have gained new life in the wake of Gerry's PT win. 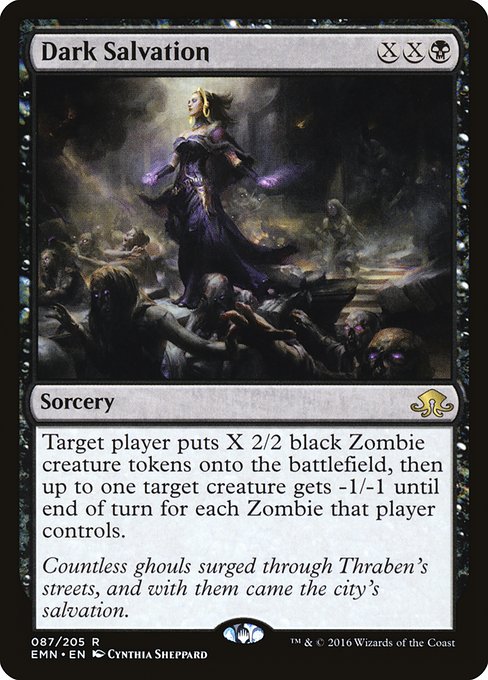 Dark Salvation is a perfect example of why I never bulk out Standard cards. There is always a chance that new printings can make sketchy misfit toys become a hot commodity. Dark Salvation is already up to about three bucks, and it wouldn't surprise me to see it continue to climb. It is a four-of staple regardless of whether people adopt Chris Fennel's black-white version or Gerry T's mono-black version.

Relentless Dead has already skyrocketed in price to well over $20. I don't feel like this price is sustainable on a card that goes into a niche Standard aggro deck. I kind of hate when they make cards like these mythics. What is so "mythic" about a non-legendary two-drop anyways?

Alas, the purple stamp on the set symbol and the demand are going to make this card a very hot commodity as Standard players scurry to copy PT decklists. I recommend moving on extra copies of the card ASAP. 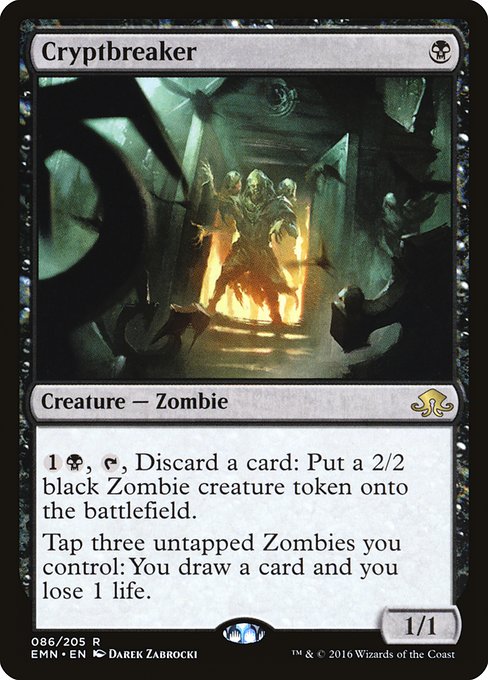 Cryptbreaker is one of the lynch pins of the Zombie deck and so it is unsurprising to see it has shot up. All of these cards are going to be near peak value, so kudos if you bought into Zombies cards in anticipation of a strong PT showing. You're about to get paid off (assuming you find an outlet to dump them). 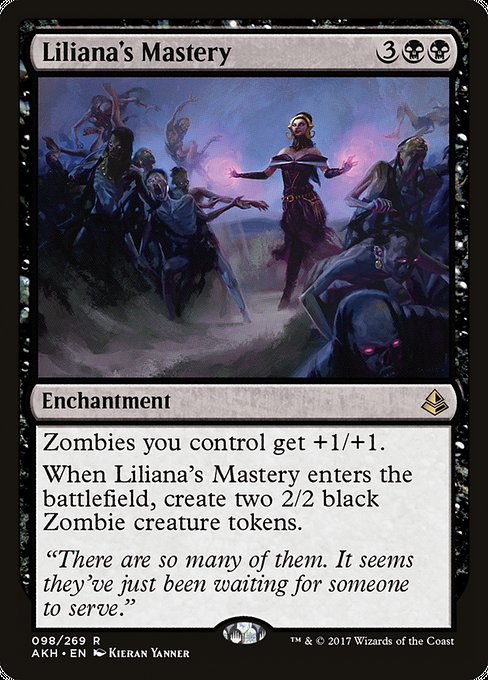 One of the new Amonkhet cards that brought the Zombies back from the grave! Mastery is a junk-turned-chase-rare from the set. A lord that doesn't die to removal and brings two dorks to the party, it's a big time card in the deck. Zombies is a tokens-style deck, so a card that both makes tokens and acts as an anthem is a big game. These are going to be a hot commodity. Hope you didn't bulk them off!

I actually hate Marvel a lot (it literally destroys all the decks I actually enjoy playing) and as a result I had to buy copies of Ulamog and Marvel in Nashville for the tournament. I'm kind of glad I did because it looks like they've both jumped up in price significantly since then!

I doubt they will ban anything and so I think the prices on these will likely remain high. The metagame feels very warped around Marvel vs. Anti-Marvel (with Marvel being the deck to beat). I think these are going to be very popular cards that people will be looking to acquire to play in the coming weeks. Then they will start to trail off in value. 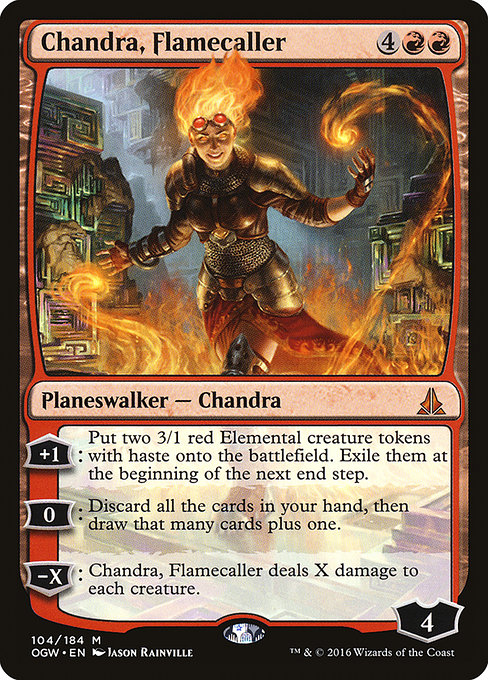 Chandra is another card that saw a resurgence in Standard. The fact that it can come down and wrath away a horde of Zombies is important in a Zombies vs. Marvel metagame. It's also a pretty decent Marvel hit/payoff card. These are likely to make significant gains right after the PT. I actually think the card is going to be a very important player moving forward. I'd also anticipate that Marvel with as few creatures as possible will be the norm because Chandra will be important in the mirror. 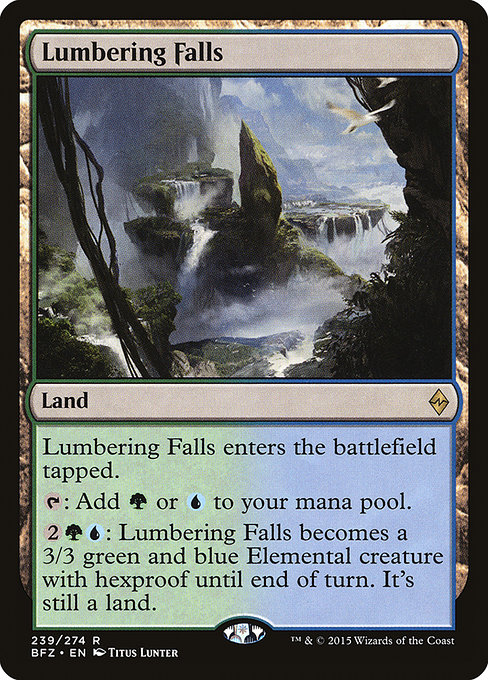 Lumbering Falls has secretly become the best creature land in Standard. Marvel makes great use of the card at attacking pure control decks, as well as blocking down small creatures. I was very impressed with the card in my deck, and anticipate good things for people who pick them up on the cheap. 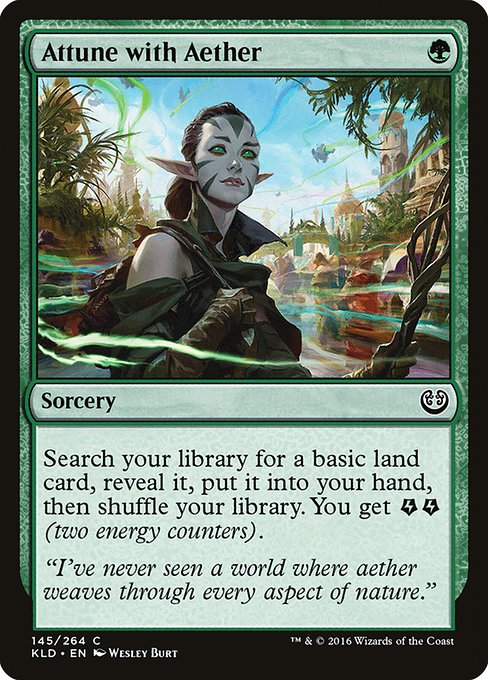 Kind of a sleeper pick here but I think this could be a chase common going forward. This is exactly the kind of common that stores sell out of (because demand is infinite) and have to start buying up. After PT Kaladesh the same thing happened at my local game store with cards like Vessel of Nascency which were just hard to get ahold of. I'd suggest sifting through old draft scraps and pulling these out—they might be something you can turn into value.

As of writing, I haven't seen any movement on Aether Hub, but it is secretly one of the best cards legal in Standard. The ability to generate energy for free and fix mana in a three-color deck is amazing. Aether Hub also bleeds over into an amazingly high number of the decks in Standard (Mardu, BG Energy, UR Control, and all Marvel decks). I think this card could easily break into the $5-plus range because it is just such a useful card in the format. 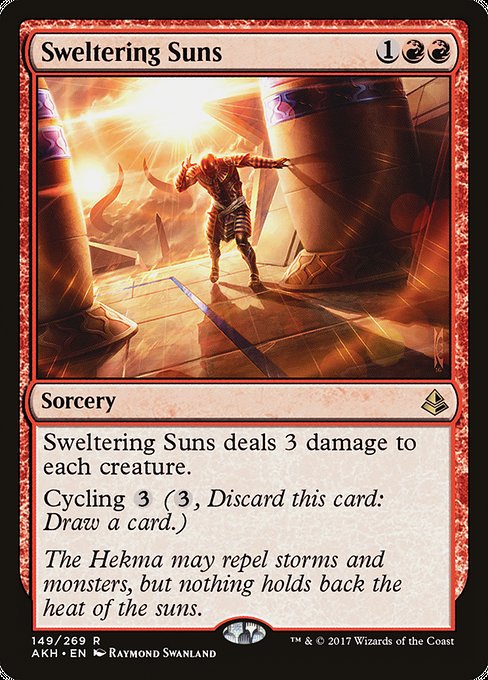 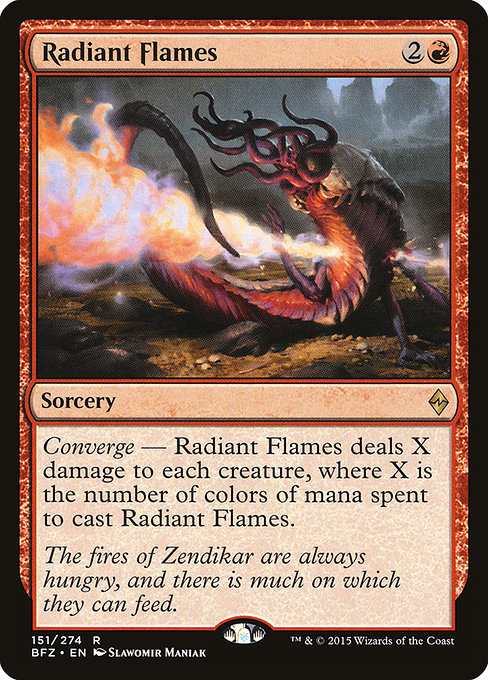 Last but not least, sweepers are key for the Marvel decks to fight against the token-y Zombie decks. I think these are smart investments right now if you can pick them up cheap. Everybody is going to be looking for these for their sideboard in the first week.

Well, looks like we have a format and some new chase singles! I hope you guys like Marvel vs. Zombies, because that is what the week one post-PT metagame looks like. Marvel feels pretty busted and it feels like more sweepers could diminish some of Zombies' early success. I'm interested to see how it plays out. Are Zombies here to stay? Or, will Marvel be too Marvelous? Flossie, flossie.

One thought on “Insider: Sorting Through the Post-Pro Tour Market”