Prices rebounded in a strong fashion this week, led by Oath of the Gatewatch (OGW) up a massive 26 percent. Thought-Knot Seer surged to a new all-time high of 19 tix, even though it is set to rotate out of Standard in the fall. This can be attributed to its play in Modern and the Mono-Red Eldrazi list that has been gaining steam and finished in 19th place the the Star City Games Open in Cincinnati. 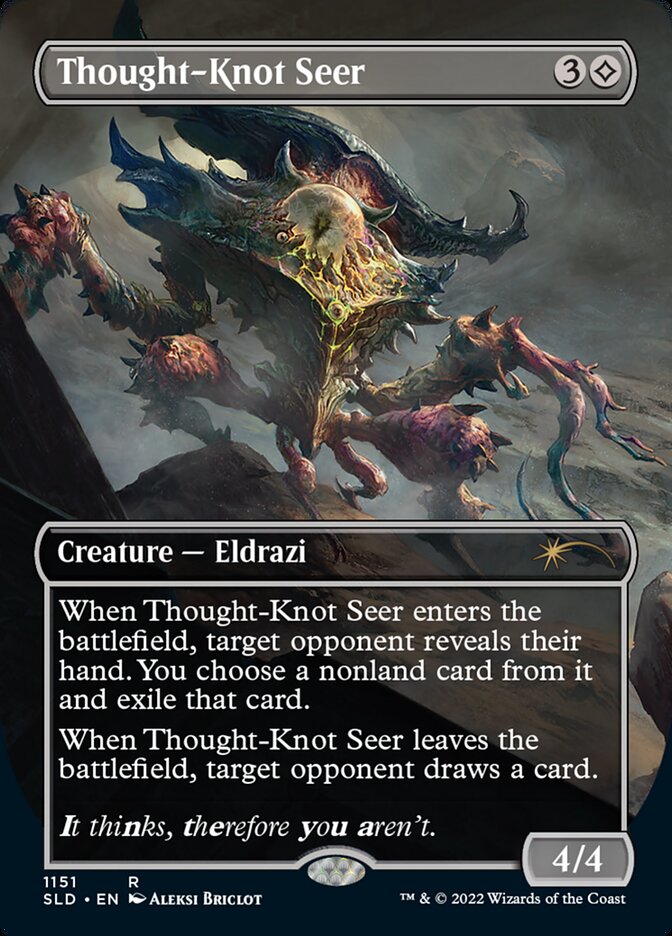 The Desert mechanic from Hour of Devastation (HOU) has given extra utility to mono-colour decks in that they can access these cards without diluting the ability of their manabases to generate coloured mana. Naturally, this also favors the colourless Eldrazi from OGW. Thought-Knot Seer, among other Eldrazi, will be an excellent target for speculators in the fall.

A ramp strategy did materialize at the Open, reaching 27th place. Expectations for this archetype were very high, though, and without a stronger finish, Ulamog, the Ceaseless Hunger has fallen back to 6-tix range after peaking at over 10 tix on Saturday. It will be up to the pros at Pro Tour HOU in Japan to see if they can crack this nut, but there looks to be plenty of room for this Standard format to evolve.

The Modern metagame remains diverse, with no deck dominating the metagame of late. The specter of a format ruled by Death's Shadow has diminished, even if that card fuels what is still one of the top archetypes of the format.

The financial outlook for the Modern format is good, even though the focus is currently on HOU Standard. There is typically a seasonal high in Modern interest that occurs in late August and into September. This is when players move on from Standard with the pending fall rotation, picking up their pet Modern decks in order to jam some Constructed games. This will be the next selling window for Modern staples and playable cards. The second weekend of August also features two Modern Grand Prix events in Sau Paulo and Birmingham. Keep an eye out for any price spikes that coverage of these events generate.

One Modern staple that has fallen on hard times is Tarmogoyf. With a recent reprint in Modern Masters 2017 (MM3) and the relative decline in the Jund archetype, 'Goyf fell below 30 tix for the first time since the advent of the Modern format back in 2011. Players who have long coveted this high-priced staple should consider acquiring a playset over the coming months. For MM3 cards in general, the best buying window will be in October and November of this year as all eye shift to Standard Constructed post rotation.

Amonkhet (AKH) boosters finally showed signs of life this week, rising to over 1.7 tix after bottoming in the 1.4 to 1.5 tix range. With all the changes to Treasure Chests and boosters as prizes in the past year, we haven't had a chance to observe how the price of a large-set booster evolves after the small set is released. Prices are normalizing at this point, and it certainly looks as if AKH boosters will get to 2 tix. 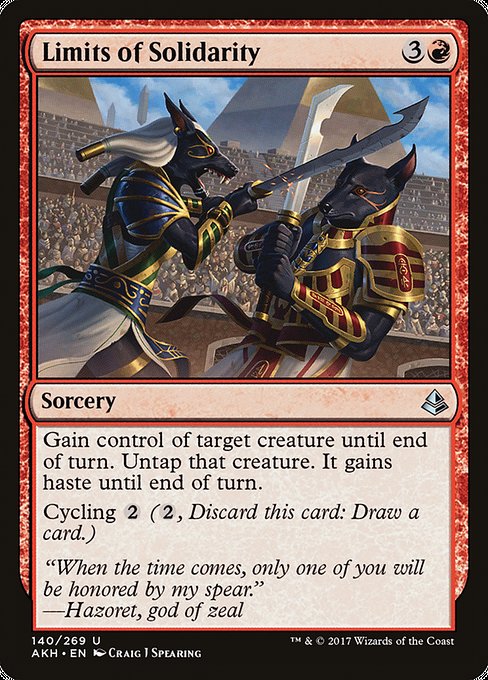 A draft set of Kaladesh (KLD) block has softened to under 8.1 tix this week. There's a little over two months left for this block to be drafted, which leaves enough time for these to reach my price target of 9 tix. Nevertheless, the window to sell these will close and speculators should be cognizant of this fact. Once Ixalan (XLN) is released in September, KLD block will no longer be draftable, and the price of KLD and Aether Revolt (AER) boosters will fall as a result.

For a complete look at my recent trades, please check out the portfolio. This week I started buying foil mythic rares from HOU. When you are buying the complete basket of these, it's inevitable you'll end up overpaying for some while getting a deal on others. Even though the price of the foil version of Nicol Bolas, God-Pharaoh has dipped in the past week, I'm not worried about these types of fluctuations. The pool of value that a complete basket of the HOU foil mythic rares represents is intact and will remain that way over the summer. 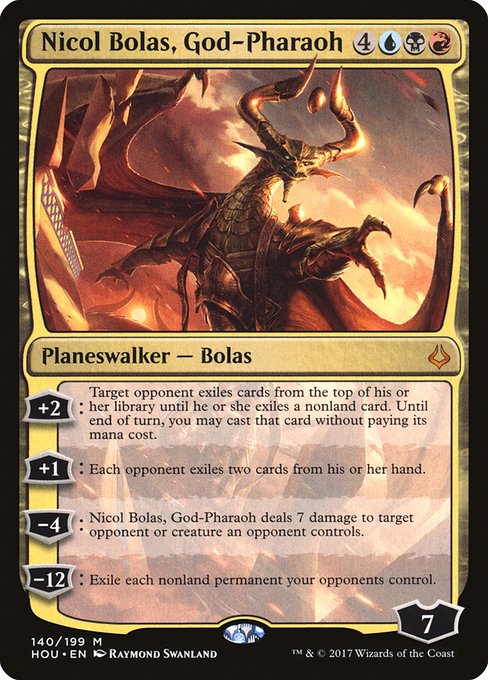 I'll look to exit this trade and my AKH foil mythic trade in October and November, just prior to the end of redemption and after Standard rotates. The shortened redemption window generated a significant price spike in some of the Aether Revolt (AER) foil mythic rares in May, and I'm anticipating a similar effect to occur for HOU.