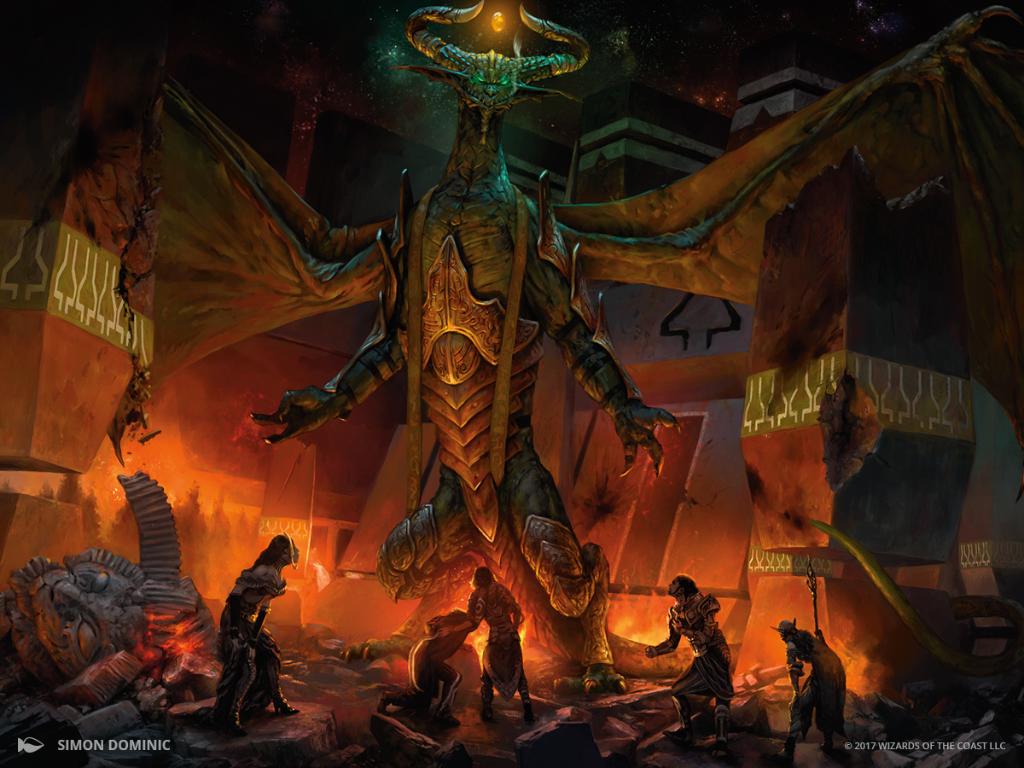 Hello, everyone, and welcome to my first week at Quiet Speculation discussing MTGO singles speculations. As I'm writing this, there are two major events happening: GP Minneapolis and the Standard MOCS Playoff. This means there will be another wave of price spikes – the specific cards will depend on which decks appears at the top after this weekend. Some of this information will be out of date by the time you're reading this, but hopefully there will still be actionable information for you below.

After the Pro Tour, decks in the metagame have been slowing down as players try more midrange strategies to beat the aggro decks, especially Ramunap Red. Decks like Black-White Anointed Procession, Red-Green Ramp, and God-Pharaoh's Gift decks are starting to adapt to the metagame. Magic is a game of Rock, Paper, Scissors where Aggro beats Control, which beats Midrange, which beats Aggro. So when one type of deck is dominant, the deck type that is good against it will rise and slowly take a larger portion of the metagame.

Blue-Red Control is currently the best control deck in Standard, helped greatly by its efficient red removal spells like Magma Spray, Abrade and Harnessed Lightning to deal with the aggressive creatures. The deck also packs a good variety of counters and card-draw spells to help stabilize the game for the control player.

Torrential Gearhulk is a four-of in the deck and is currently at a comparatively low price of 17.5 tix. I'm personally playing with this deck a lot in Standard right now, and I think this deck is going do well in the two major Standard events this week. Historically, the blue-hulk can go as high as 30 tix when it is hot. I think they are going to go up to at least 25 tickets in the next two weeks when the control decks make a big come back.

Meanwhile, certain components in the blue-red deck are also worth another look:

Wandering Fumarole dropped by at least 4 tix in the last seven days because control hasn't seen much play. This pick is a bit risky, as the card is rotating in about two months and no Modern decks are playing four copies of it. However, if control starts to get popular again, you can still sell these for profit before rotation.

As for Thing in the Ice, it's a bit safer compared to the blue-red manland, as this card can be good in Modern. If you haven't played with Blue-Red Control before, this might be a very good chance for you to try out the deck, while also having a chance to earn profit from its pieces.

Both Grim Flayer and Tireless Tracker are played in Standard Black-Green Delirium and occasionally appear in Modern Delirium decks. This week, both of these cards hit their respective low points,  basically because they are less played or too slow in a field full of Mono Red. However, as I said earlier, the format has slowed down quite a lot – so at some point, we could see Tireless Tracker reappear in the metagame again. If that doesn't happen, it's still fine; we can keep them as long-term specs and wait for them to be good in random Modern Black Green decks in the future.

Every week I'm going to identify a card that has very consistent graph like this one. Simian Spirit Guide is good in Modern, broken in Legacy and has been staple for quite a long time. This pick is pretty safe (unless it gets banned), just buy them when they dropped below 0.7 tix and sell them when they goes up above 1 ticket.

I have been following a few good brewers closely. One of them brings about "Seth effects" pretty regularly, probably better known as "Saffron Olive effects." Here's a tweet earlier this week from Seth:

From this, I think we can expect Hapatra, Vizier of Poison to spike starting next Tuesday (the date of this article's publication), starting as soon as Budget Magic deck goes up on the website.

At 0.15 tickets, one could hoard many copies of this card for a very low cost. I won't regret if I get 100 copies of this card and it didn't spike, but I'd definitely be super sad if I didn't buy them and it did. I mean, all of you have probably seen what happened to cards that Saffron Olive played in his Budget Magic decks. Even if this card only goes up to 0.75 tickets after Tuesday, we are still going to earn a bunch.

Buying hundreds of Hapatra is still not enough. I can also think of a few other cards that might spike alongside the Vizier of Poisons. Its pretty straightforward this time as Hapatra is good when the deck has a lot of -1/-1 counters effects or abilities that can take advantage of -1/-1 counters. Lets look at the cards.

Combined with Hapatra, Ammit Eternal turns every spell the opponent casts into a 1/1 deathtouch token, and most importantly, it can reset the -1/-1 counters.

The Scorpion God, with Hapatra in play, can get double value on his activated ability. There are possibly more ways to exploit its ability that I haven't yet considered.

How about turning all your 1/1 tokens into 3/3 deathtouch tramplers?

Driven // Despair is a good card in decks with a strategy of going wide. With the deathtouch tokens, both side of this cards are going to do very good job for the player.

These are a few cards in Standard that have good synergy with Hapatra, Vizier of Poisons. I think at least two cards among these are going to appear in Seth's deck. If you are not going to buy all of these cards, I suggest at least buying Ammit Eternal and The Scorpion God, as these two cards have higher chance to see play later in the season, even if they don't spike next week.

Alright, that's all for today. Thanks for reading, and I'll see you again next week.

2 thoughts on “Insider: Another Standard Weekend”