When a bunch of events come around, I always plunge right into the decklists. That's how I get a sense for what Modern looks like, and especially for what kind of innovations are right around the corner. Someone always has the great idea first, and by actively looking for trends and tech, we can be some of the first to catch on. 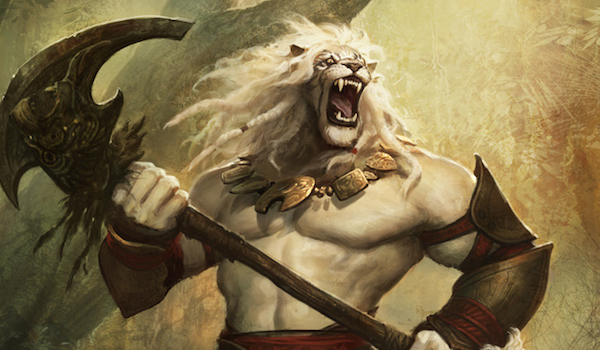 Trevor covered the dual GPs this week, so this article aims to give readers a full metagame picture by tackling the two SCG events in Richmond: the Open and the Classic. I'll approach this article in the same way I approach the lists: by checking the Top 8, and then by zoning in on the most interesting-looking decks. We'll do a single "deck feature" per tournament.

Opens are basically mini-GPs, and as such deserve to be taken seriously. This particular Open featured a more diverse field than we saw in Syracuse, where a pair of Eldrazi Tron decks faced off in the finals.

Contrary to my initial impressions, it seems Queller-less Jeskai Control isn't so flash-in-the-pan after all; an identical deck landed Patrick Reynolds a 24th-place finish at this same tournament. The archetype just represents a fundamental break from the Spirit-featuring lists we saw earlier in this metagame and are continuing to see at certain events.

Jeskai Control is the natural evolution of UW Control, which I at first pegged as Modern's superior Weissman build. After all, splashing for... Lightning Bolt doesn't sound very appealing right now. And between Spreading Seas, Ghost Quarter, and Tectonic Edge, UW gets to run 8+ land disruption effects in its mainboard, which seems very appealing against Eldrazi Tron and Death's Shadow alike; Todd Stevens's GW Company list has been picking up steam lately for this reason. So, why the move into red?

By far the biggest problem facing UW Control is the early-game against aggressive decks. Path to Exile may be Modern's best removal spell, but spending it on Goblin Guide or Wild Nacatl is asking for trouble. Of course, it's that or just-die-now, so UW can have a tough time slugging through speedy threats—especially if it has taken mulligans that game, which can cripple it in faster matchups. UW often mulls into land-heavy hands, which are needed to win most games; notably, these hands suck against a quick clock. Thoughtseize's ubiquity only adds insult to injury on this front.

Lightning Bolt is an ideal no-strings-attached answer for early creatures, and has been an auto-include in the strategy for as long as it's existed in Modern. Fatal Push does do the job better, but it's something of a one-trick pony. And as noted by celebrated UW pilots such as bennyhillz, splashing black into UW Control merely improves the deck's favorable matchups while somehow making virtually every other matchup worse. Bolt's tremendous utility, as well as the similar options also available in red, make it the preferred removal spell and red the ideal splash.

Perhaps more importantly, attacking from multiple angles is great in a format as diverse as Modern. Supplementing Celestial Colonnade and Snapcaster Mage with reach has proven a winning strategy since the format's early days, and with big mana decks relying more heavily on creatures, Path to Exile's stock goes way up. After all, Gx Tron variants have long been cited as the reason for control's decline in the wake of the Twin ban; the printing of Ceremonious Rejection couldn't have come at a better time, either.

Lastly, even though Lightning Bolt doesn't kill any threats out of Grixis Shadow, it's fine at killing opponents. Especially when they're forced to go below 10 life to ensure Shadow survives those Bolts at all.

Classics are significantly smaller than Opens, and only last a day. But they're still grueling nine-round events that provide valuable Modern datapoints. Since we don't have statistics like Day 2 conversion rates to worry about with Classics, I'm generally less concerned with them as hard metagame indicators. Rather, I see Classics as breeding grounds for sleeper tech and interesting builds. The good stuff in these smaller events is often picked up by more dedicated grinders and sewn into the Modern consciousness later, at a larger tournament. Carefully perusing Classic results gives us something of a sneak-peak.

The deck we'll look at from this event is Steven Borakove's Naya Company deck, which came in 2nd.

This deck looks sweet on paper. It features eight potent one-drops: a set of Hierarchs to ramp into three-drops, and a set of Nacatls to start beating down opponents quick. Both require a turn-one removal spell. But early interaction doesn't put the nail in the coffin for Naya Company, which also boasts a laudable late-game; Knight of the Reliquary, Scavenging Ooze, and of course Collected Company all make for dreamy topdecks.

Tying everything together is Renegade Rallier, which Borakove seems to have purposefully built around. Tarmogoyf and Voice of Resurgence are perfect recursion targets, but the three copies of Seal of Fire are the deadest giveaway. Seal gives the deck even more to do at the one-mana spot, taking pressure off hands without a one-drop green creature. It reliably grows Goyf past Angler/Tasigur/Smasher, too. Its main purpose is obvious, though: to trigger revolt. Having Seal on the field lets pilots tap out for Companies at will without having to worry about hitting revolt for a possible Rallier reveal.

The strength of Naya Company seems to be how its cards line up against certain strategies. Voice of Resurgence is a major headache for Grixis Shadow and other, truer permission decks; Goyf hassles interactive strategies without Fatal Push and helps clock linear decks; Scavenging Ooze takes a bite out of Dredge and other graveyard strategies; Knight outgrows every creature in the Eldrazi decks, as well as Dismember. After sideboarding, Aven Mindcensor becomes a two-of to limit searching and Thalia, Guardian of Thraben keeps Storm and other decks full of Serum Visions from doing their thing.

If the deck has a failing, it's in the consistency department. There's no way to find or draw the correct card against the correct deck outside of Collected Company, and even that's a shaky option. I'm sure this deck runs into a good deal of unfortunate games against Storm where Voice and Knight aren't enough, or against Shadow where Qasali Pridemage is forced to pick up the slack after a couple Thoughtseizes. This kind of consistency issue more or less comes with the territory of building goodstuff aggro decks in these colors. Whenever I do build this sort of deck, I always find myself splashing Serum Visions and then just playing Counter-Cat.

Another potential issue is that of heavy-duty graveyard hate. I brewed a good deal of Renegade Rallier decks when the card was spoiled, and mostly Zoo variants; besides some difficulty applying an adequate clock against Gx Tron, I found my main problem was giving up too many points against decks with graveyard hosers by focusing on revolt. By toning down revolt support, though, I made the Ralliers I did run questionable includes. Between Goyf, Rallier, Voice, Knight, and Ooze, Borakove's deck has plenty reason to feel bad about staring down a Rest in Peace. Sure, Nacatl and a few bears can get a difficult job done in theory, but the creature suite loses a lot of oomph without a graveyard. Collected Company also gets much worse when its hits are so neutered.

That's truly what it is to get four event results in a single weekend. Just ask Ajani Vengeant and Wild Nacatl! All jokes aside, Modern seems from this weekend to be in a great place. Good luck to everyone searching for their RPTQ invite this weekend.

2 thoughts on “Trending Now: Breaking Down the Richmond Tournaments”